Hong Kong Chief Executive Carrie Lam apologized to citizens on Tuesday over her mishandling of a controversial bill that had spurred huge street protests, but she stopped short of scrapping the bill and resigning as demanded by protesters.

"I have heard you loud and clear and have reflected deeply on all that has transpired," Lam told a news conference. "I offer my most sincere apology to all people of Hong Kong."

Lam's press conference followed two weekends of mass protests against the proposed amendments to the Fugitives Offenders' Ordinance that would allow extraditions of criminal suspects to mainland China.

While Lam has indefinitely suspended work on the bill in the Legislative Council, protesters have continued to demand that it be withdrawn completely and that she resign as chief executive.

"Because this bill over the last few months has caused so much anxiety, and worries and differences in opinion...I will not proceed again with this legislative exercise if these fears and anxieties cannot be adequately addressed," she said.

Pointing out that the Legislative Council's current term expires in July next year, she said that when that happens, the bill will also expire "and the government will accept that reality." 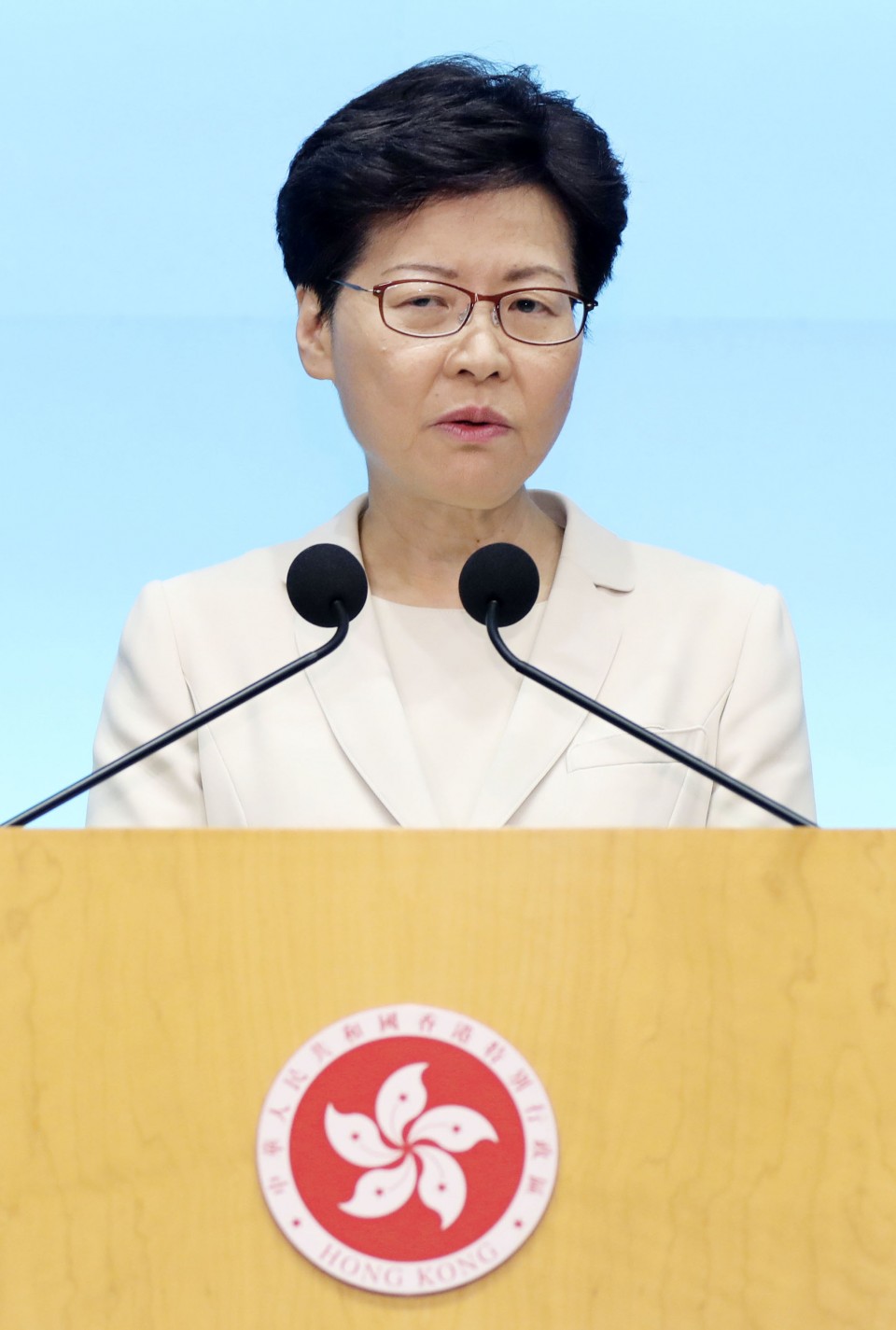 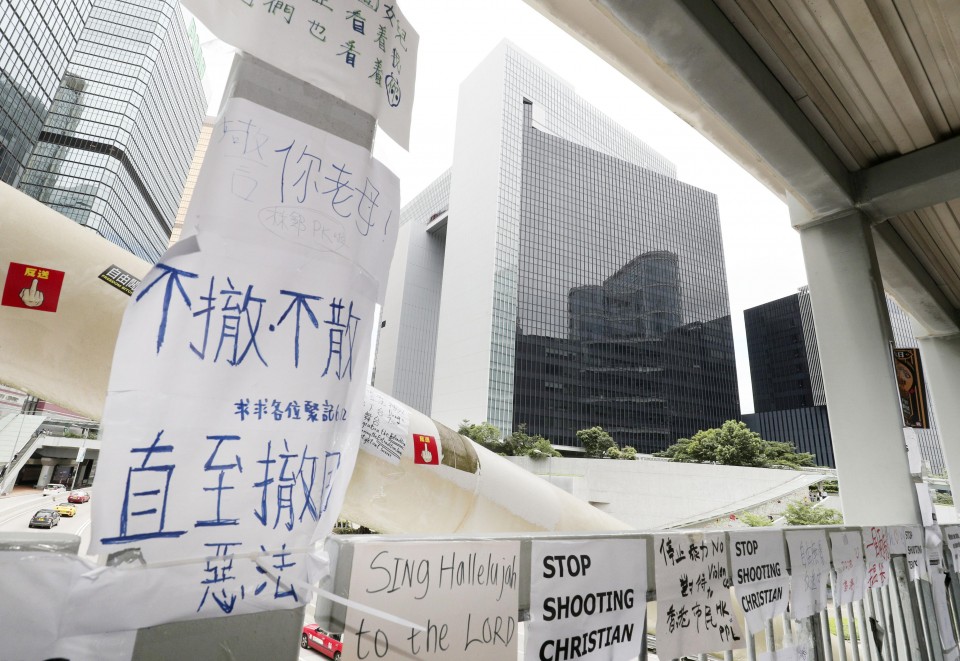 (Messages by opponents of an extradition bill are posted around the government offices in Hong Kong.)

On demands she step down, Lam insisted on being given "another chance" to implement her government's policies and initiatives aimed at improving Hong Kong's economy and the lives of its people.

"Myself and my team, we will try our very best to rebuild that (public) trust so that we can continue to implement these social and economic policies...in the next three years," she said.

The recent events, she said, "made me realize, as a chief executive I still got much to learn and do in better balancing diverse interests, in listening more to all walks of life, in taking our society forward."

Organizers say nearly 2 million people took to the streets of central Hong Kong on Sunday to march against the bill, which is feared to bolster the influence of communist China and erode liberties in the territory. Police put the peak-time turnout at 338,000 on the three roads permitted for the procession.

Lam said that most participants expressed their "dissatisfaction and disappointment" with her government "in a peaceful and rational manner."

On Hong Kong Police Commissioner Stephen Lo's earlier characterization of clashes between protesters and police last Sunday as "rioting," an offence punishable by up to 10 years in jail, Lam said that applies only to those who used violence and tried to storm into the legislative building.

Suggesting they be prosecuted, she said, "Anybody who has committed an offense has to be brought to justice."

"So on the 12th of June, if some participants, some protesters have resorted to violence and there is sufficient evidence to prove that they have used violence, then of course the police need to take action."