Hong Kong police said Thursday that 11 people were detained and 22 officers injured during the previous day's large-scale protest against a bill that could extend Chinese influence and undermine liberties in the territory.

The Legislative Council, meanwhile, announced the same day that it would cancel a session to debate the controversial bill scheduled for Friday, the third postponement in as many days. The authorities remain on high alert near the legislature building.

On Wednesday, violent clashes broke out between police and tens of thousands of citizens protesting the law amendment that could allow the transfer of fugitives to mainland China. Riot police fired tear gas and rubber bullets at the demonstrators.

The police justified the use of force against protesters who had surrounded the territory's government complex, stressing the need to maintain public "order" and "peace." Wednesday's protests left about 80 people injured, two seriously, Hong Kong's administration said.

On Thursday, around 500 people gathered and faced off with police trying to prevent a protest, forcing lawmakers to delay their scheduled meeting for the second straight day. A man in 20s said the crowd of demonstrators "achieved a victory." 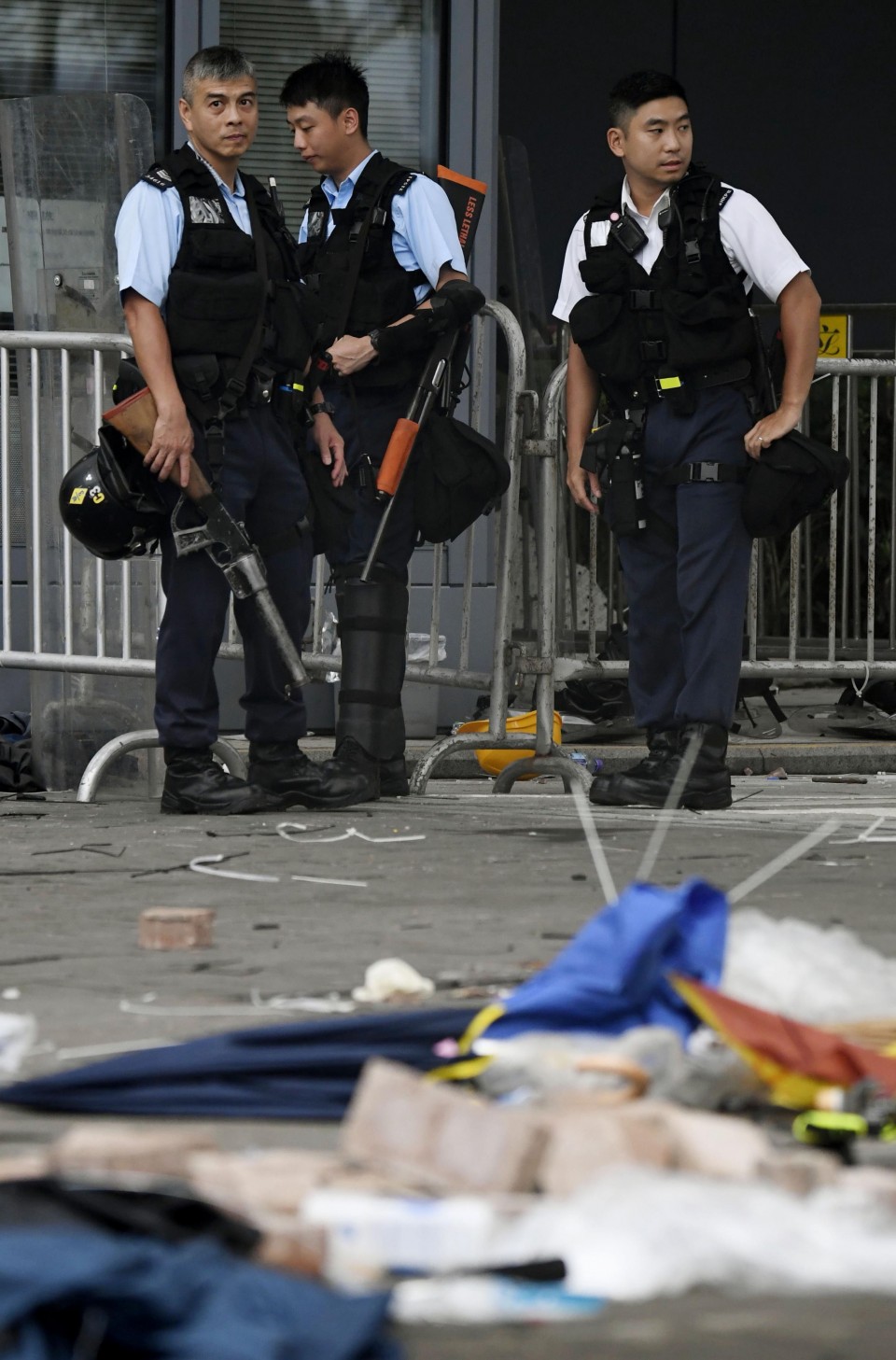 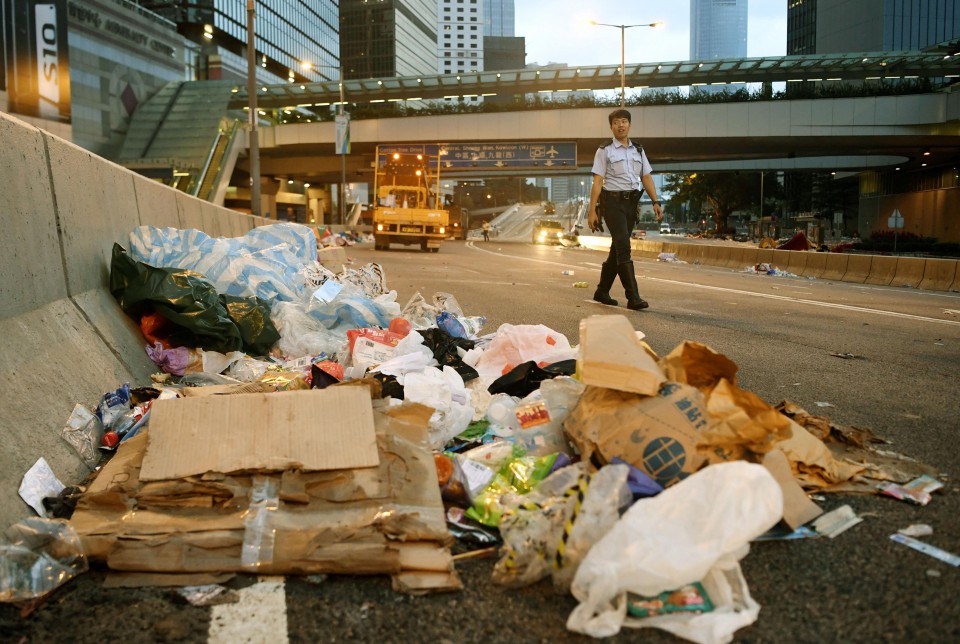 Hong Kong leader Carrie Lam, however, has pledged not to withdraw the extradition bill.

Opponents of the bill say that if it is passed Chinese authorities could abuse it to crack down on pro-democracy activists, journalists and anyone critical of the Communist Party-controlled government.

A protest organizer said Thursday that it has applied for permission to stage a demonstration on Sunday.

The city's largest outbreak of political turmoil in years is not yet over as tensions between citizens and police continue to simmer. Hong Kong lawmakers were earlier slated to vote on the legislation on June 20, but it is now unclear when the vote will be held.

On Thursday morning, police stationed a large number of armed officers around the Legislative Council in heavy rain, as large piles of trash, including broken umbrellas, helmets, masks, cans and bricks, remained strewn along the streets.

Elsewhere in the vicinity of the legislature, protesters had apparently dispersed after an overnight standoff with police. Nearby roads that had been occupied by protesters the previous day returned to normal, but a subway station close to the legislature was closed.

The city's government headquarters, located near the legislature, will be also closed through Friday, local media reported.

"We cannot give up until the bill is scrapped," said another man in his 20s who participated in Wednesday's protest.

Last Sunday, more than 1 million people, by some estimates, turned out for one of the largest mass protests seen since the former British colony returned to Chinese rule in 1997.

The government has claimed the amendment is urgently needed due to a Taiwan murder case in which the prime suspect returned to Hong Kong. But Taiwanese authorities have taken a dim view of the bill since it is based on the "one China" principle, under which Beijing defines Taiwan as part of its territory.

Taiwan President Tsai Ing-wen on Thursday called on the Hong Kong government to engage in a dialogue with its people instead of trying to railroad the bill through the chamber.

The bill has also raised concerns among dozens of countries, including Britain and the United States, while foreign citizens living in or visiting Hong Kong would be put at risk of extradition.

Nevertheless, the government has made some concessions, such as cutting extraditable crimes from 46 to 37 categories, and applying the bill only to crimes punishable by seven or more years in prison, up from three years.