Tens of thousands of Hong Kong citizens took to the streets Sunday calling for the complete withdrawal of a controversial extradition bill that could bolster the influence of communist China and erode liberties in the territory.

The demonstrators also urged Beijing-backed Hong Kong leader Carrie Lam to step down, a day after she announced the indefinite suspension of the contentious bill, which could allow the transfer of fugitives to mainland China.

Some people held white carnation flowers in their hands as they marched in the hot weather while many were clad in black. The funereal colors were meant to symbolize their mourning for Hong Kong's loss of freedom and democracy, locals say.

Later in the day, Lam apologized to residents for causing controversies and confrontation in Hong Kong society, which brought sadness and disappointment to many people, according to a statement released by the government.

The number of participants, ranging from young people to adults, likely exceeded 1 million, local media reported, amid lingering distrust by Hong Kong citizens of Lam and the Chinese government led by the Communist Party. 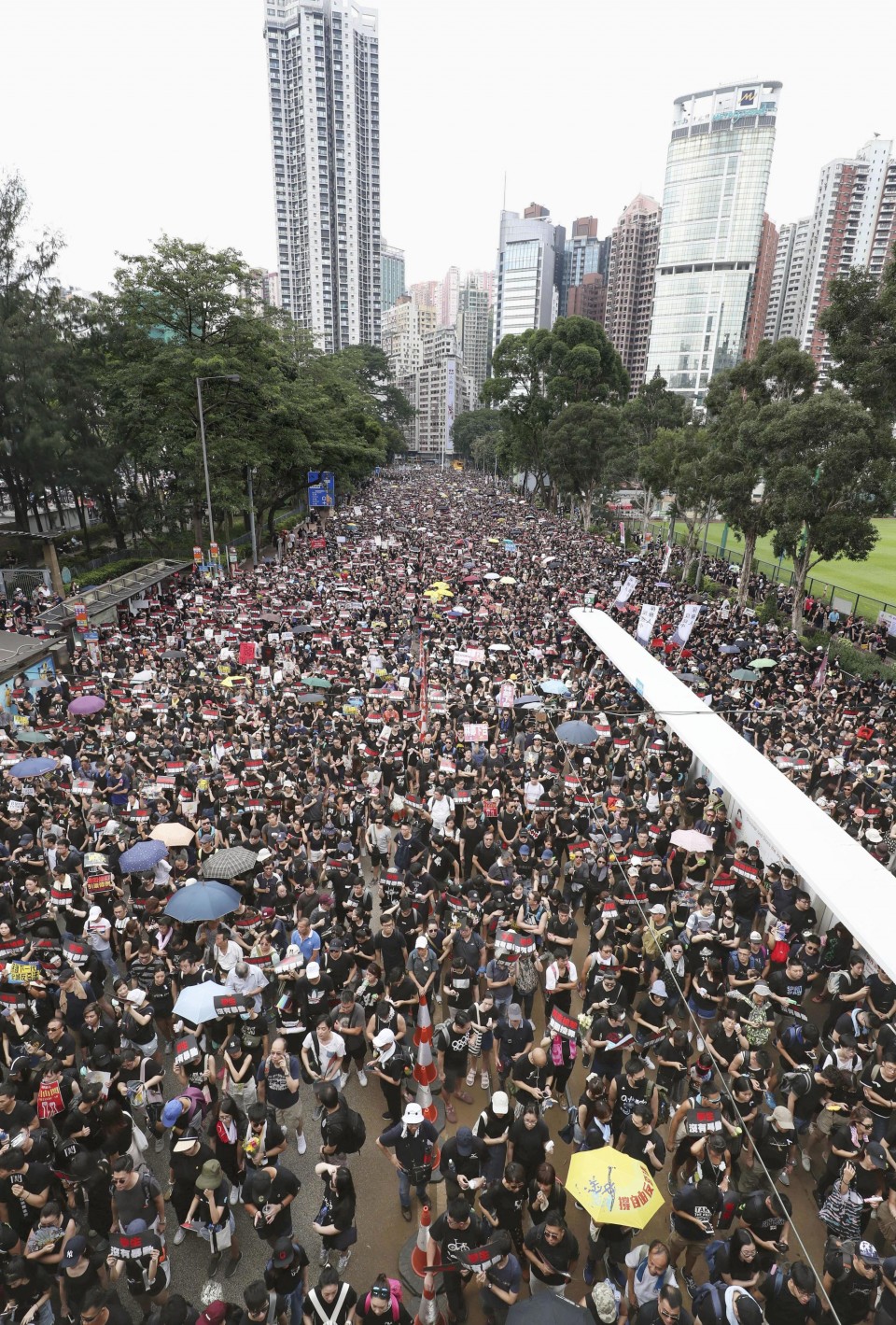 More than 1 million people, by some estimates, also marched last Sunday against the proposed legislation, marking one of the largest mass protests seen since the former British colony returned to Chinese rule in 1997.

The postponement "won't solve anything" to protect liberties in the special administrative region, a 25-year-old woman said. Her friend nearby was carrying a banner saying, "Carrie Lam is not my mother."

The demonstrators occupied major roads and subway stations across from the city's government headquarters in Admiralty. As of the late afternoon, no major incidents had been reported, according to Hong Kong media.

Lam said she had "no intention" to set a deadline on the suspension, but she expressed unwillingness to withdraw the law, while justifying the use of force in recent days against protesters who had surrounded Hong Kong's government complex.

On Wednesday, violent clashes broke out between police and people protesting the law amendment. Around 80 people were injured, including nearly two dozen police officers. The police were later criticized for firing tear gas and rubber bullets at protestors.

Opponents of the bill say that if it is passed, Chinese authorities could abuse it to crack down on pro-democracy activists, journalists and anyone critical of mainland China.

The bill has also sparked concerns among foreign countries, including Britain and the United States, that their citizens living in or visiting Hong Kong would be put at risk of extradition.