Japanese Prime Minister Shinzo Abe called on Iranian President Hassan Rouhani on Wednesday to avoid a further escalation of tensions and an unintended military conflict in the Middle East, as he sought to nudge Tehran toward dialogue as a mediator with the United States.

Speaking after talks with Rouhani at the Saadabad Palace in Tehran, Abe offered to do whatever Japan can to reduce friction between Iran and the United States. But he added Iran also needs to play a "constructive role" in bringing peace and stability in the region. 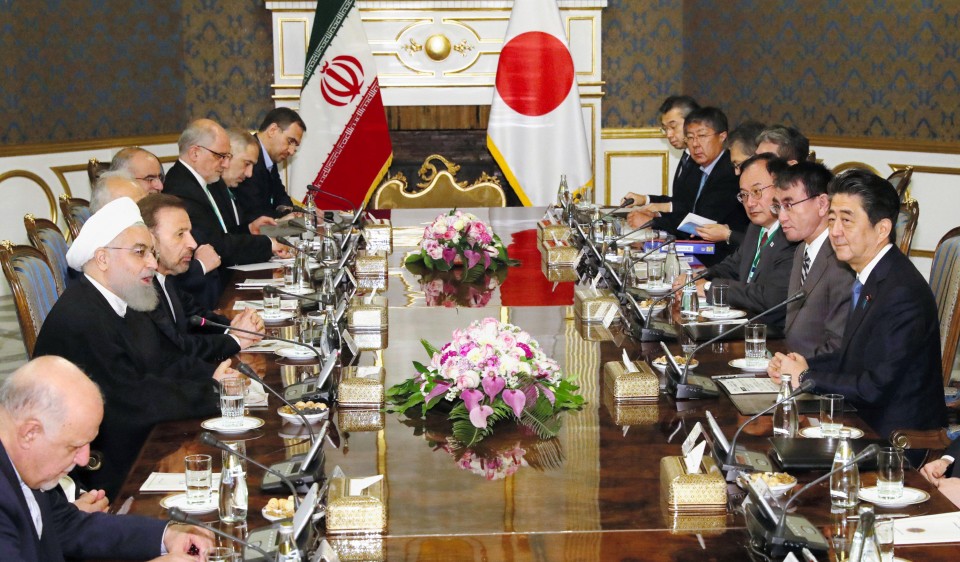 "We must avoid an armed clash at any cost. Peace and stability in the Middle East are essential for the prosperity of the region and the world," Abe said alongside Rouhani.

Abe made the comments after he became the first sitting Japanese prime minister to visit Iran since Takeo Fukuda in 1978. Tensions have flared in recent weeks over Iran's nuclear program and Washington's attempt to boost its military presence.

"We won't pursue war with the United States," Rouhani said, while adding that Iran will act resolutely if the situation develops into war.

"We've seen heightened tensions in this region and the U.S. economic war is to blame. So if the economic war ends, we believe stability can be ensured," Rouhani said.

Rouhani welcomed Abe's visit to diffuse tensions, and expressed appreciation and hope for Japan's continued support for an international nuclear deal from which the United States has already withdrawn.

During his visit through Thursday, Abe will also hold a meeting with Iran's Ayatollah Ali Khamenei. It will be the first time a Japanese prime minister has met with the supreme leader, who ultimately determines the country's policy direction.

The Middle East is a critical area for Japan, which relies heavily on countries such as Saudi Arabia and the United Arab Emirates. Japanese officials say the purpose of Abe's visit is not simply serving as a messenger.

Iran was also a major supplier before the United States ended its sanctions waivers given to Iranian oil buyers, including Japan, in May. 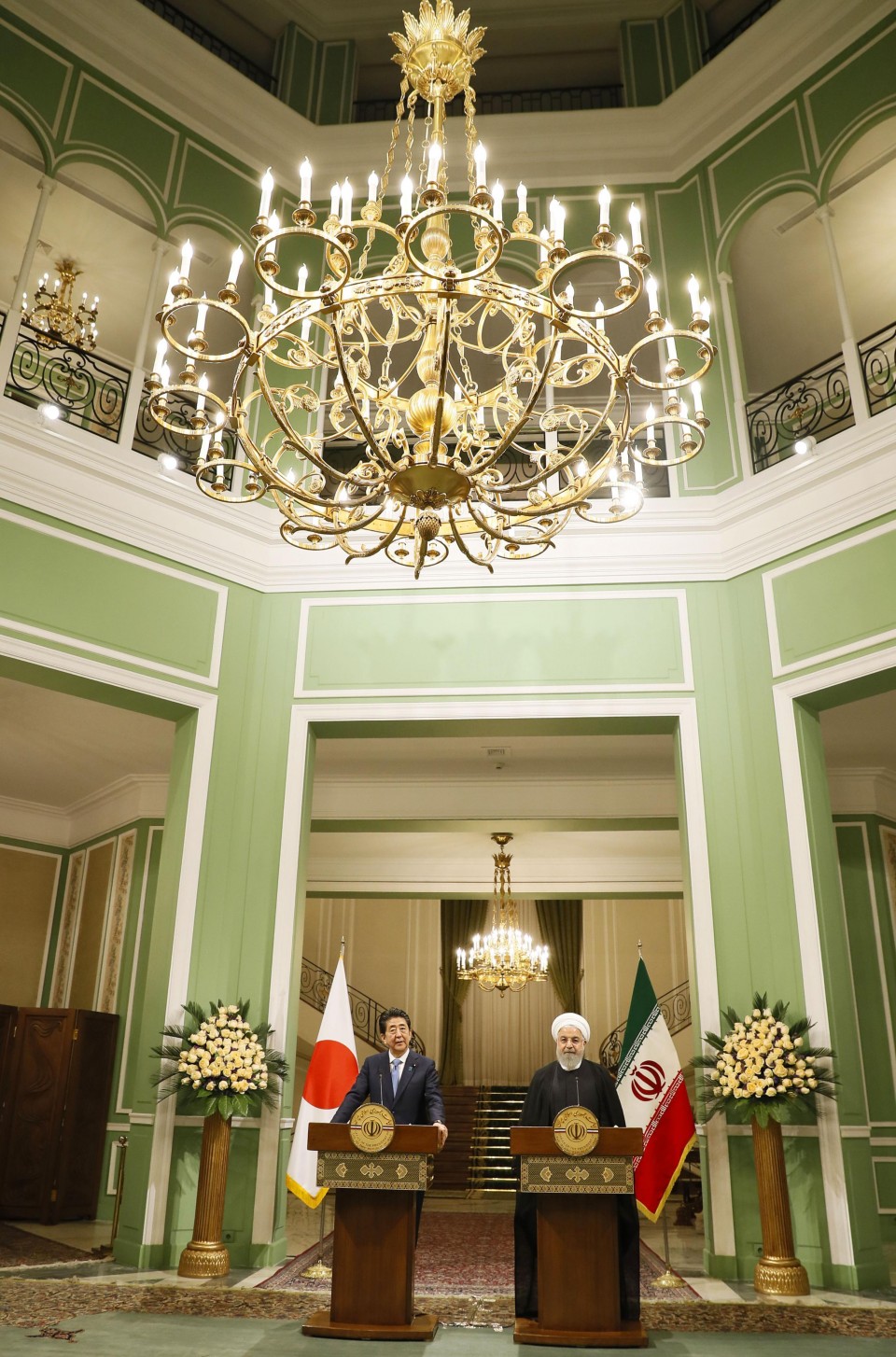 Rouhani disclosed Japan is interested in continuing to buy Iran's oil, adding he is "thankful for (Japan's) wish" to aim for such an environment.

As Abe landed in Iran, Yemen's Houthi rebels that are pro-Iran attacked an airport in Saudi Arabia on Wednesday, media reports said, highlighting the escalation of regional tensions.

Abe's symbolic visit comes as Washington has left the door open for dialogue despite its abrupt withdrawal last year from the nuclear accord and the reinstating of economic sanctions. Japan is not a member of the deal but has been a supporter.

The trip gives Abe a rare opportunity to raise his diplomatic profile ahead of a Group of 20 summit in Japan on June 28 and 29 before an election for the upper house this summer.

Before making the trip official, Abe secured backing from U.S. President Donald Trump, who was on a state visit to Japan in late May, for his efforts to reach out to Iran.

Roughly a year after Trump's decision to leave the international nuclear accord that led to the lifting of economic sanctions on Iran in exchange for its curbing of nuclear activities, Tehran said it was suspending some of its commitments under the deal.

Tehran set a 60-day deadline to negotiate new terms, saying it would keep more enriched uranium than allowed under the agreement initially reached with the United States, Britain, France, Germany, Russia and China.

Washington has dispatched an aircraft carrier strike group and bombers to the Persian Gulf, and decided to send additional U.S. troops to the region.

Trump's more aggressive approach to Tehran has prompted a delicate balancing act by Japan, which marks the 90th anniversary of its diplomatic relations with Iran this year.

Since returning to power in 2012, Abe has held seven meetings with Rouhani.

The following is a gist of remarks made by Japanese Prime Minister Shinzo Abe and Iranian President Hassan Rouhani following their meeting in Tehran on Wednesday.

-- agree to cooperate toward peace and stability of Middle East.

-- pledges to do whatever he can to ease U.S.-Iran tensions.

-- says armed clash must be avoided at any cost.

-- says Iran does not seek war with United States but will act resolutely if challenged.

February 2004 -- Japan reaches agreement with Iran over development of oil field in Azadegan.

May 8 -- Iran announces suspension of some commitments under nuclear deal.