Prime Minister Shinzo Abe spoke with U.S. President Donald Trump on Tuesday over the phone on the situation in Iran a day before the Japanese leader embarks on a visit to the Middle Eastern country, the top government spokesman said.

"The two leaders exchanged views on regional issues, including the situation in Iran" in a phone call, Chief Cabinet Secretary Yoshihide Suga said at a press conference.

Abe plans to visit Tehran from Wednesday, becoming the first Japanese leader to do so since the Islamic Revolution four decades ago.

During the visit, the premier plans to meet separately with Iranian President Hassan Rouhani and Supreme Leader Ayatollah Ali Khamenei. The trip comes amid heightened tensions between the United States and Iran over Tehran's nuclear program.

A Japanese government official declined to give details of the 20-minute phone call, citing the diplomatically sensitive nature of the topic.

But Abe is likely to have reiterated his intention of encouraging Iran, with which Japan has traditionally maintained friendly relations, to engage in dialogue. Trump endorsed such efforts during a visit to Japan in late May.

Trump's decision last year to withdraw from a 2015 international nuclear agreement with Iran and reinstate economic sanctions has elicited a strong backlash from Tehran, prompting it to suspend some of its commitments under the deal. 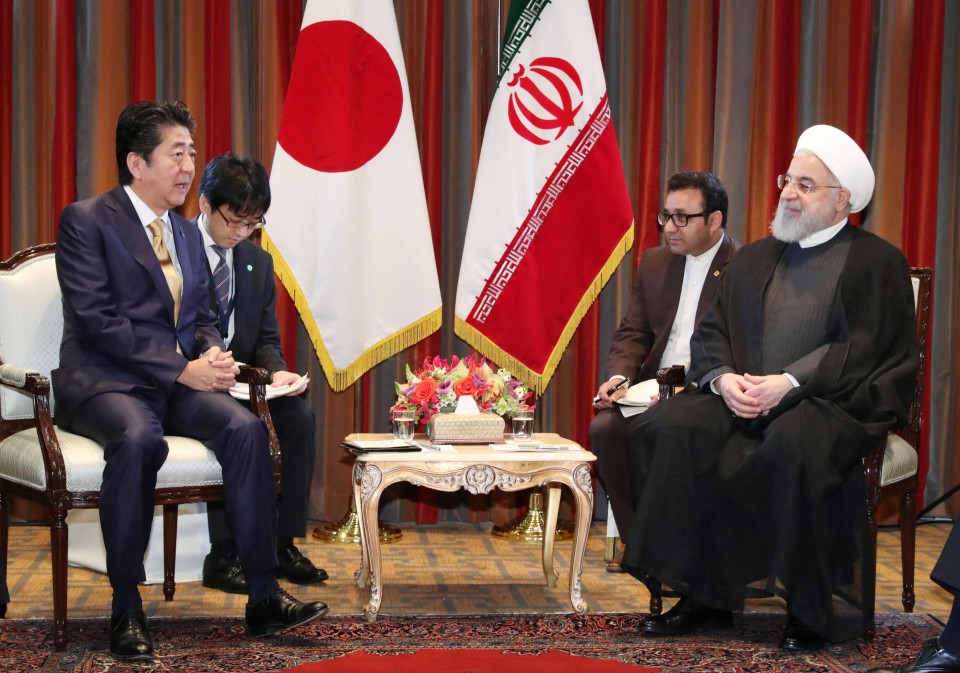 In May, Iran said it would keep more enriched uranium than allowed under the nuclear accord, and set a 60-day deadline to negotiate new terms.

The last Japanese prime minister to visit Iran was Takeo Fukuda in 1978.