ran's foreign minister said Thursday he is not interested in negotiating with the United States after it pulled out of a 2015 nuclear deal and reinstated stifling economic sanctions on Tehran.

"No, there is no possibility for negotiations," Mohammad Javad Zarif answered when asked in an interview with Kyodo News and other Japanese news outlets in Tokyo whether he would be open to holding bilateral talks aimed at easing tensions, including discussions of a proposed prisoner swap.

Zarif had said as recently as April that he was willing to exchange Iranian prisoners in the United States, Germany and Australia held on "phony" charges with foreign prisoners in Iran.

But Zarif said such a deal was no longer on the table because the United States had set unspecified preconditions.

"(The United States) is not in a position to impose preconditions on Iran," he said.

Zarif, who earlier in the day met with Prime Minister Shinzo Abe and Foreign Minister Taro Kono, called the United States a "bully" for pressuring other countries including Japan to adhere to its economic sanctions including a ban on buying Iranian oil.

"This is the first time in history that a bully is telling everybody else, important countries, that 'I'm going to punish you if you observe something that I do not like,'" said Zarif.

Countries including China, India and Japan were initially granted sanctions waivers but the U.S. terminated them earlier this month.

"Let us assume that a bully is standing in a cross section on the street and telling everybody, 'If you don't pass the red light, I'm going to beat you.' This is exactly what the U.S. is telling them," Zarif said, adding, "This is economic terrorism, pure and simple." 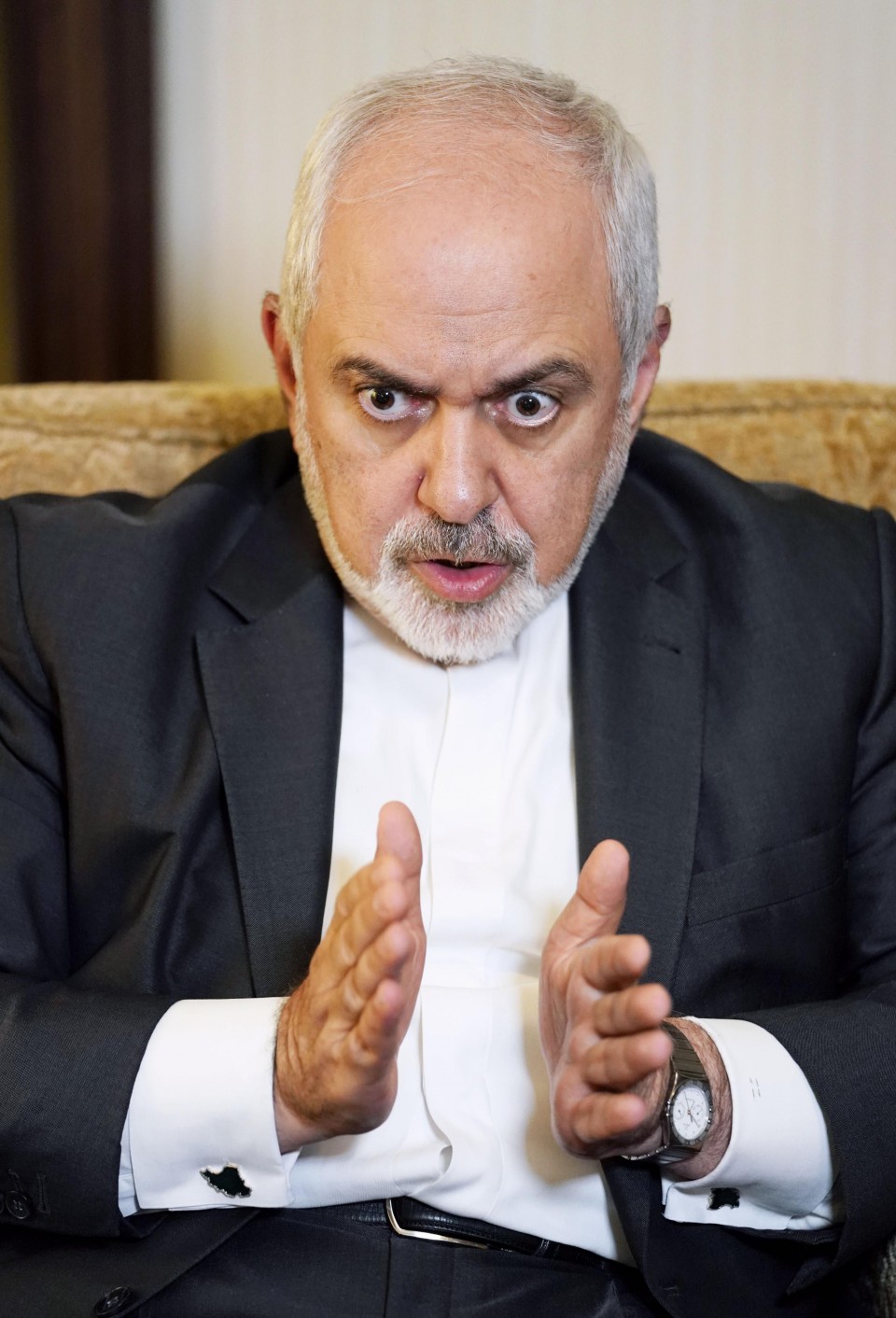 The scathing remarks came just over a week after Iran announced it is suspending some of the commitments it made in the landmark deal with countries including Britain, China, France, Germany and Russia, such as a limit to the amount of enriched uranium it can possess.

Iranian President Hassan Rouhani said May 8 that the remaining parties have 60 days to negotiate new terms before the country resumes higher levels of uranium enrichment.

Zarif also criticized the European parties to the nuclear deal and Japan for going along with the U.S. sanctions despite publically supporting the nuclear deal, formally called the Joint Comprehensive Plan of Action.

"I have to stress that it is important for all other members of the JCPOA to take serious account of their continued failure because Europe unfortunately, while supporting JCPOA verbally, has not been able to take any action. Unfortunately, our Japanese partners also have not taken action to implement JCPOA," he said.

Zarif said that after leaving Tokyo, he is scheduled to travel to Beijing to meet with Chinese Foreign Minister Wang Yi on Friday.