Two-way star Shohei Ohtani, who is limited to designated hitting duties as he recovers from an elbow surgery, hit his first home run of the season -- a go-ahead two-run homer -- Monday night in the Los Angeles Angels' 5-4 victory over the Minnesota Twins.

Ohtani, who returned from Tommy John surgery a week ago, connected off Jose Berrios (6-2) to put the Angels in front 3-2 in the third inning after a first-inning two-run shot by Jorge Polanco got the Twins on the board at Target Field.

"This (first homer) doesn't make it any easier for me personally, but it's great for the team to win a series opener," said Ohtani, who had been 4-for-21 with no extra-base hits before his drive to center on a 3-1 fastball.

"I knew when I made good contact the ball would go (into the stands). I knew even if I didn't hit it in the sweet spot, it would turn into a homer," he said. 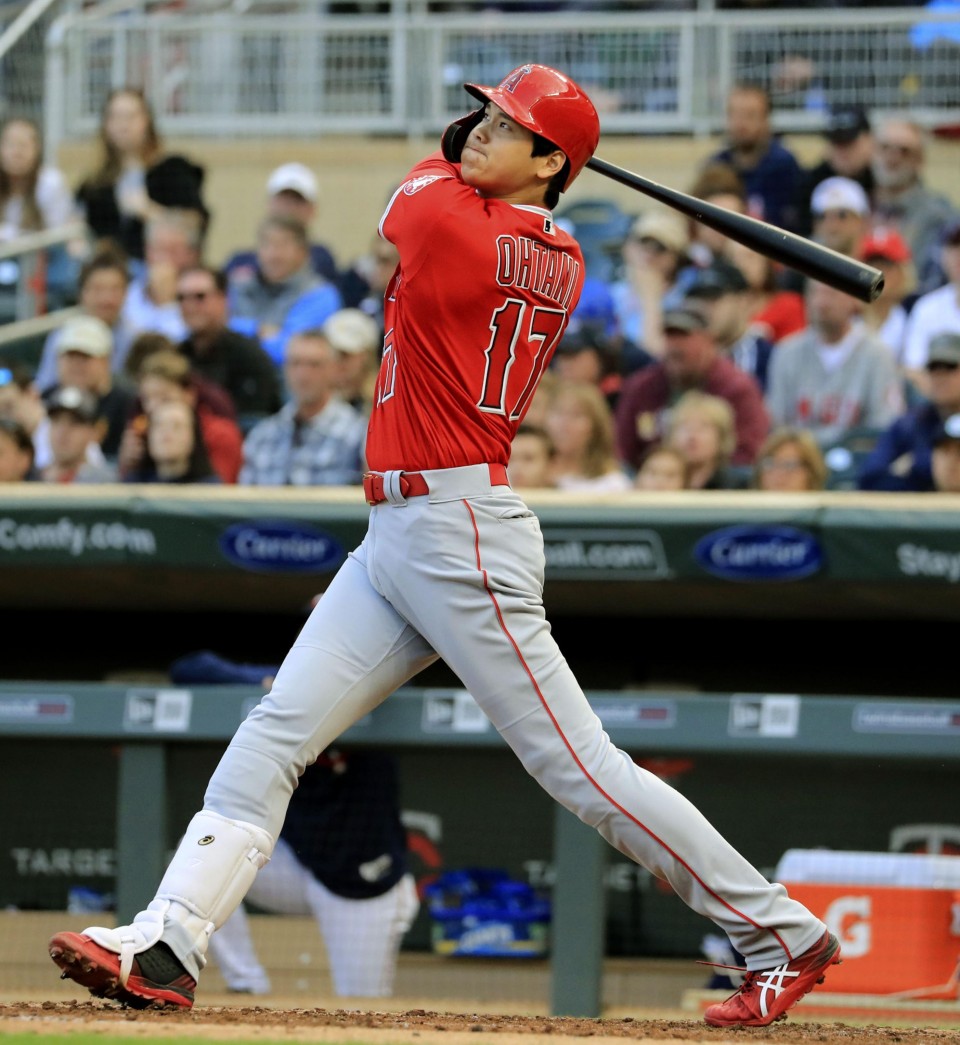 Los Angeles' first run came via a fielding error which allowed Tommy La Stella to score, setting the stage for Ohtani's heroics in the same frame.

Albert Pujols extended the lead on an RBI single in the fifth, but a two-run homer by Marwin Gonzalez off Tyler Skaggs (4-3) in the bottom of the inning tied the game at 4-all.

La Stella capped a three-hit day with a solo shot in the sixth, his team-leading 10th homer of the season, as the Angels offense produced 15 hits to take the opener of a three-game road series.

Ohtani reached base on four of his five plate appearances, recording a homer, a single, two walks and a run scored.

The 24-year-old Japanese hit 22 homers in his rookie season with the Angels last year, the last of them coming on Sept. 26 against the Texas Rangers. 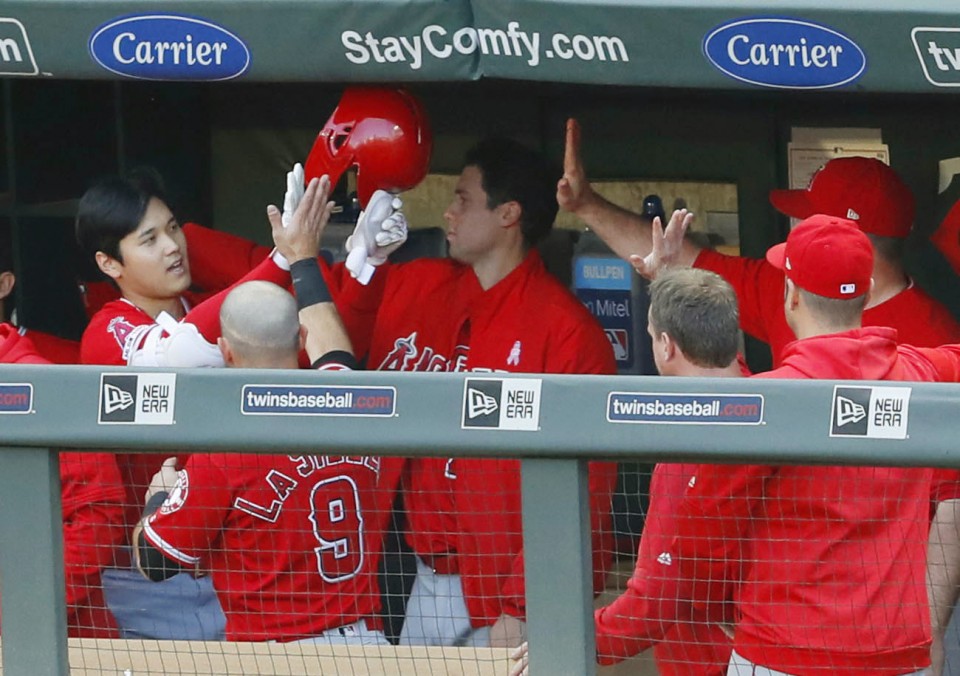 Ohtani, who had reconstructive surgery on his throwing right elbow in October, is expected to make his full return to two-way duties in 2020.

At T-Mobile Park in Seattle, rookie left-hander Yusei Kikuchi gave up three solo homers in six-plus innings of work in a no-decision, and the Seattle Mariners rallied to beat the Oakland Athletics 6-5 in extra innings.

Kikuchi allowed five hits and three earned runs while walking two and striking out five in his 93-pitch outing.

After Daniel Vogelbach hit a game-tying, three-run homer in the eighth, the Athletics countered with a go-ahead solo shot in the top of the 10th. Domingo Santana hit a tying two-out RBI double in the bottom of the inning and scored the winning run on Omar Narvaez's walk-off single.