Japanese two-way star Shohei Ohtani recorded his first RBI of the season on Tuesday, after he was activated as designated hitter in the Los Angeles Angels' series opener against the Detroit Tigers.

The 24-year-old went 0-for-4 in the No. 3 spot, but drove in a run in the Angels' 5-2 win over the Tigers at Comerica Park. His last at-bat had been on Sep. 30, a day before he underwent Tommy John surgery to repair the ulnar collateral ligament in his pitching arm.

"It was fun," Ohtani said. "Everything ended without a hitch and it seems like I'll play again tomorrow. I'm a little relieved, too. Rather than just saying I made my season debut, I felt like I wanted to produce solid results."

In his first plate appearance in more than seven months, Ohtani ripped a 90 mile-per-hour (145 kilometer-per-hour) fastball foul against Daniel Norris (1-1) but was eventually called out on strikes. 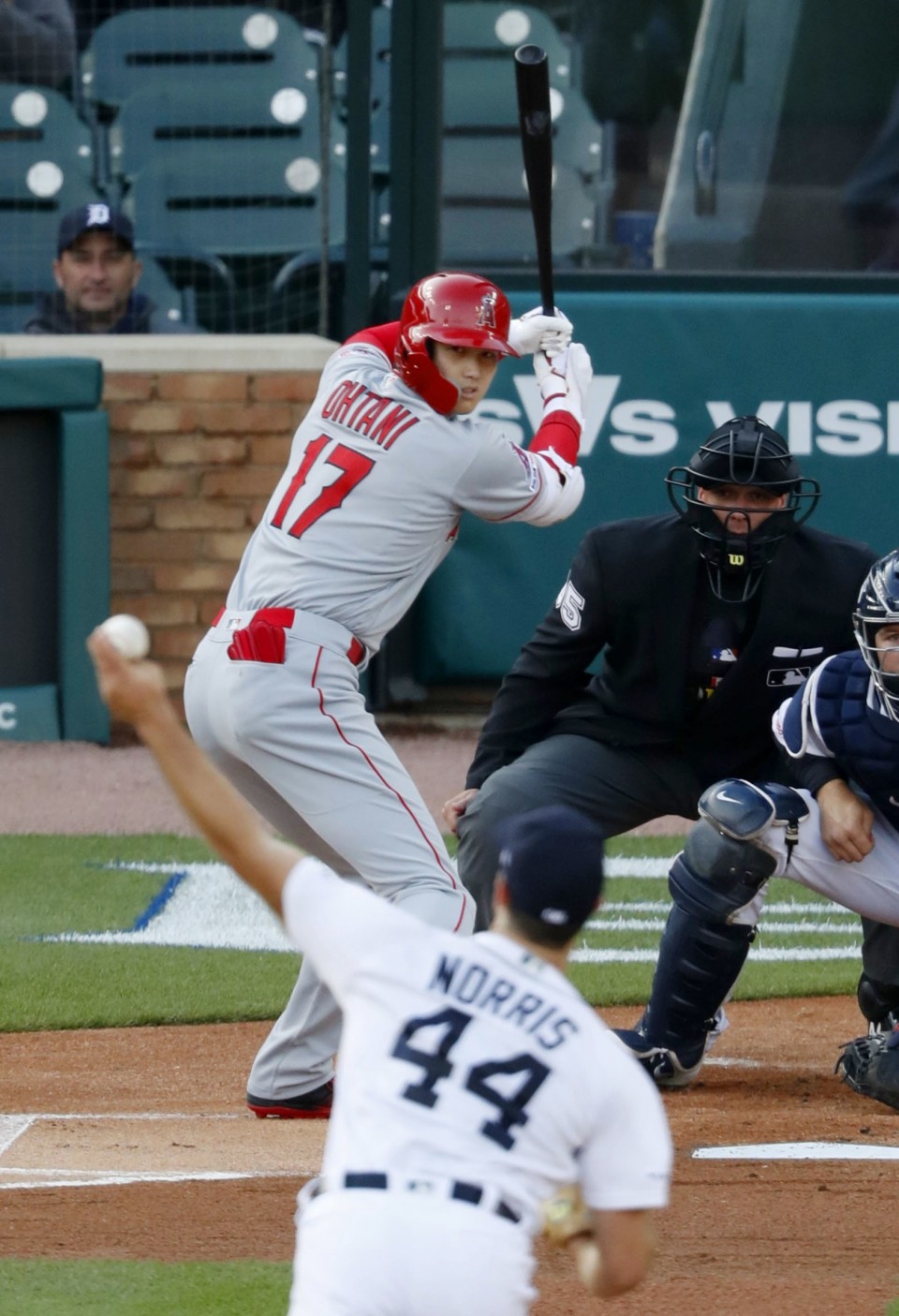 The left-handed batter grounded out to short in a three-run third, and scored Zack Cozart in the process. He was struck out by Norris a second time in the fifth.

Ohtani connected off Eduardo Jimenez in the seventh but was robbed by third baseman Jeimer Candelario. He drew a full-count walk in the ninth but was stranded on second when Albert Pujols grounded out.

"The thing above all is that we won," Ohtani said. "Following that, I felt steady from my first to last turn in the batter's box, and it was good to be able to do so while staying focused. If I can keep it up, I'll have better at-bats tomorrow."

Ohtani entered the final stages of his batting preparation last month when he began facing minor league pitchers. He is expected to be used solely as a hitter this season while rehabilitating his throwing arm towards a return to the mound in 2020.

Angels' manager Brad Ausmus said Tuesday that Ohtani will likely be used regularly in the No. 3 spot, while general manager Billy Eppler hinted the player will not have to start taking days off from hitting until September or October as required by his throwing rehab.

"He still has other layers that he has to get through here in the next six or seven months so that he can show up in next year's spring training and be a fully abled player without restriction," Eppler said.

"We're not all the way to that goal yet, but we are at the point of him being able to step in the batter's box."

After five seasons with the Nippon Ham Fighters in Japan, Ohtani achieved success as a two-way player in his first year in the majors before a right-elbow injury slowed his debut season.

In other big league action Tuesday, Masahiro Tanaka did not factor in the decision in the New York Yankees' 5-4 win over the Seattle Mariners.

Tanaka, who is 2-3 with a 3.77 ERA this season, allowed two runs over 6-1/3 innings in a pitchers' duel with Marco Gonzales at Yankee Stadium, including a home run to Edwin Encarnacion that put the Mariners up 2-1 in the sixth.

"I was frustrated pitching today," Tanaka said. "I wasn't in the best condition, but I felt like I stuck with it and was able to make something of the game."

The Japanese right-hander avoided a third straight loss after Gio Urshela blasted a two-run homer in the ninth and DJ LeMahieu hit a walk-off single that clinched the Yankees' come-from-behind victory.

Baseball: Angels Shohei Ohtani inspired by Ichiro, eager to get back

Baseball: No telling where Ohtani's talent may take him: Eppler