Within the span of a few years, Japanese pitcher Shohei Ohtani has had a dramatic impact on the thinking of some major league clubs.

Even after Ohtani hit 22 home runs in a two-way role for Japan's Nippon Ham Fighters in 2016, major league scouts were still saying, "No team will allow a player to both pitch and hit as a regular batter." 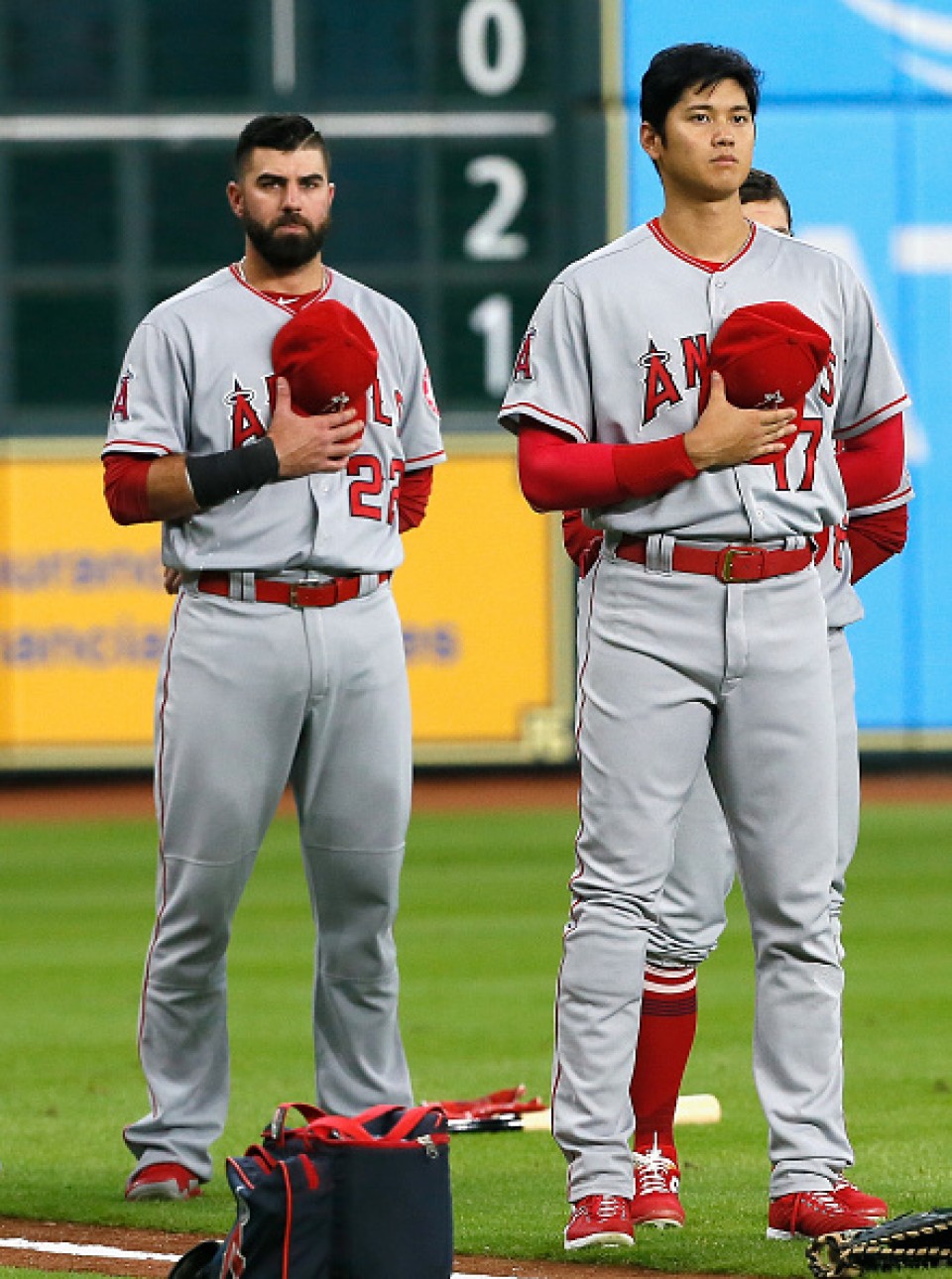 (Shohei Ohtani #17 of the Los Angeles Angels of Anaheim and Kaleb Cowart #22 during the national anthem before playing the Houston Astros at Minute Maid Park on Aug. 30, 2018 in Houston, Texas.)[Getty/Kyodo]

When 27 major league teams tried to sign him in December 2017, that had changed to, "Ohtani can only do it because he's a unique talent."

Now, at least with a few teams, the attitude is, "If you think you can both pitch and play a position, let's see how it goes."

In an interview with Kyodo News on Monday, Los Angeles Angels utility man Kaleb Cowart spoke of how Ohtani opened a door for him to do what he had once dreamed of doing as a pro -- hitting in the everyday lineup and also taking the mound as a pitcher.

Cowart, the Angels' first draft pick in the 2010 amateur draft, wanted to play every day, so he chose to play a position and has since played every infield position as well as left field.

Cowart became aware of Ohtani when the Japanese player was mulling over what team to sign with.

"I watched Ohtani all year. This was another way for me to have another position, to be more versatile on the field, so I approached Billy (general manager Billy Eppler) and said, 'Hey, I'm open to doing this. I could throw a bullpen at the end of the year.' And they were good with it. They said they'd been thinking the same thing."

After his first throwing session since high school nearly nine years earlier, the Angels put Cowart on a pitcher's throwing program in November, which began a bizarre offseason.

The Seattle Mariners, whose general manager Jerry Dipoto had been with the Angels and knew Cowart could pitch, claimed him off of waivers, and announced the utility man would now be a utility pitcher.

When the Mariners needed to open up a roster spot, the Detroit Tigers claimed him. But when Detroit needed to make room for another player, he found himself back in Tempe, Arizona, for his ninth spring training with the Angels.

"It was a whirlwind of an offseason," Cowart said. "Sometimes it's a crazy game."

After focusing mostly on pitching with the Tigers, Cowart said he was splitting his time with the Angels about 50-50 between hitting and pitching. On Saturday, he threw a scoreless inning in a "B" game against the Arizona Diamondbacks, his first game action on the pitcher's mound since high school.

"There were some (butterflies), but it was fun," said Cowart, who had good movement on his splitter and his 152 kilometer-per-hour (94 mile-per-hour) fastball.

"A few of my misses I didn't like, but they were pretty small. I yanked one there. I feel pretty close. I was happy with it. My arm feels good. I haven't got a lot of miles on it."

On Monday, Cowart completed his memorable first week back with the Angels by belting a grand slam in an exhibition against the Chicago White Sox. 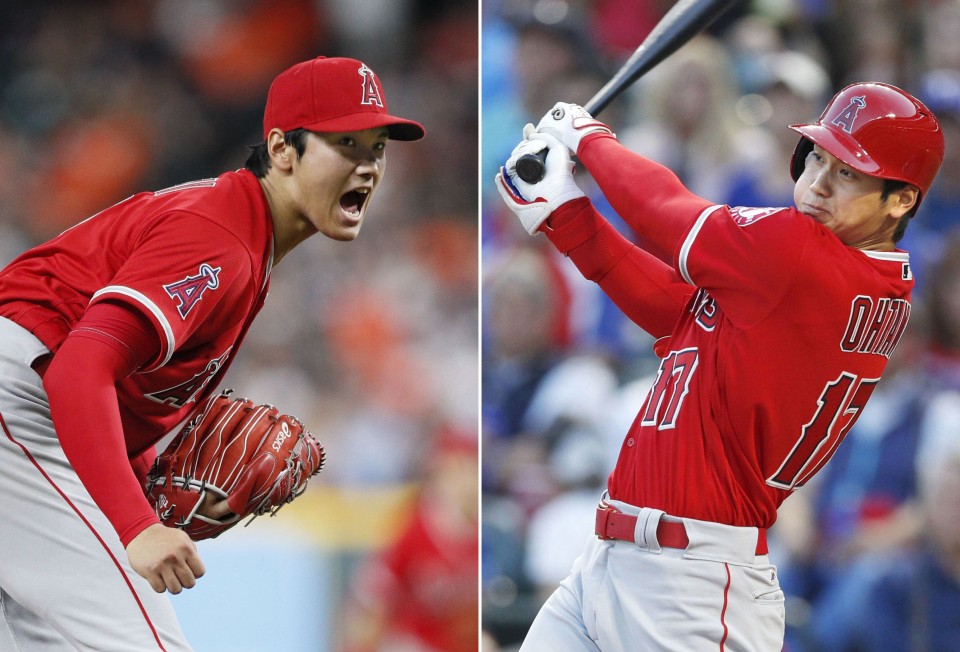 "Maybe it's a little less stressful when you don't have to prepare for just one (batting or hitting)," Cowart said. "It's been good so far. It's going to be cool to learn."

Ohtani said Saturday he was happy someone else was following his lead but had yet to share any advice with Cowart about preparation.

"I've been asked that a lot," Ohtani said. "We haven't talked. I think everyone is a unique individual and has to figure out what he needs to do on his own."

"It (his trying this) makes me happy, but it's also really humbling. Perhaps there are things he can learn from me."

And while Ohtani was happy and humbled, Cowart, now one of five two-way players on the Angels' roster, was simply thankful.

"He's opened a door for me," Cowart said.