Japanese two-way player Shohei Ohtani went 2-for-5 and drove in the last run for the Los Angeles Angels, who beat the Baltimore Orioles 7-2 Saturday for their third victory in as many games.

After lining out and flying out in his first two at-bats, Ohtani, who was playing his fifth game since returning from Tommy John surgery, led off the sixth inning with a single and came around to score the Angels' fourth run on Kole Calhoun's single.

"I had a good feeling from my first at-bat. Every at-bat counts, and I'm moving forward, slowly but surely," Ohtani said.

"If I get a little better, I'll probably get (extra-base hits). I feel blessed to be able to play." 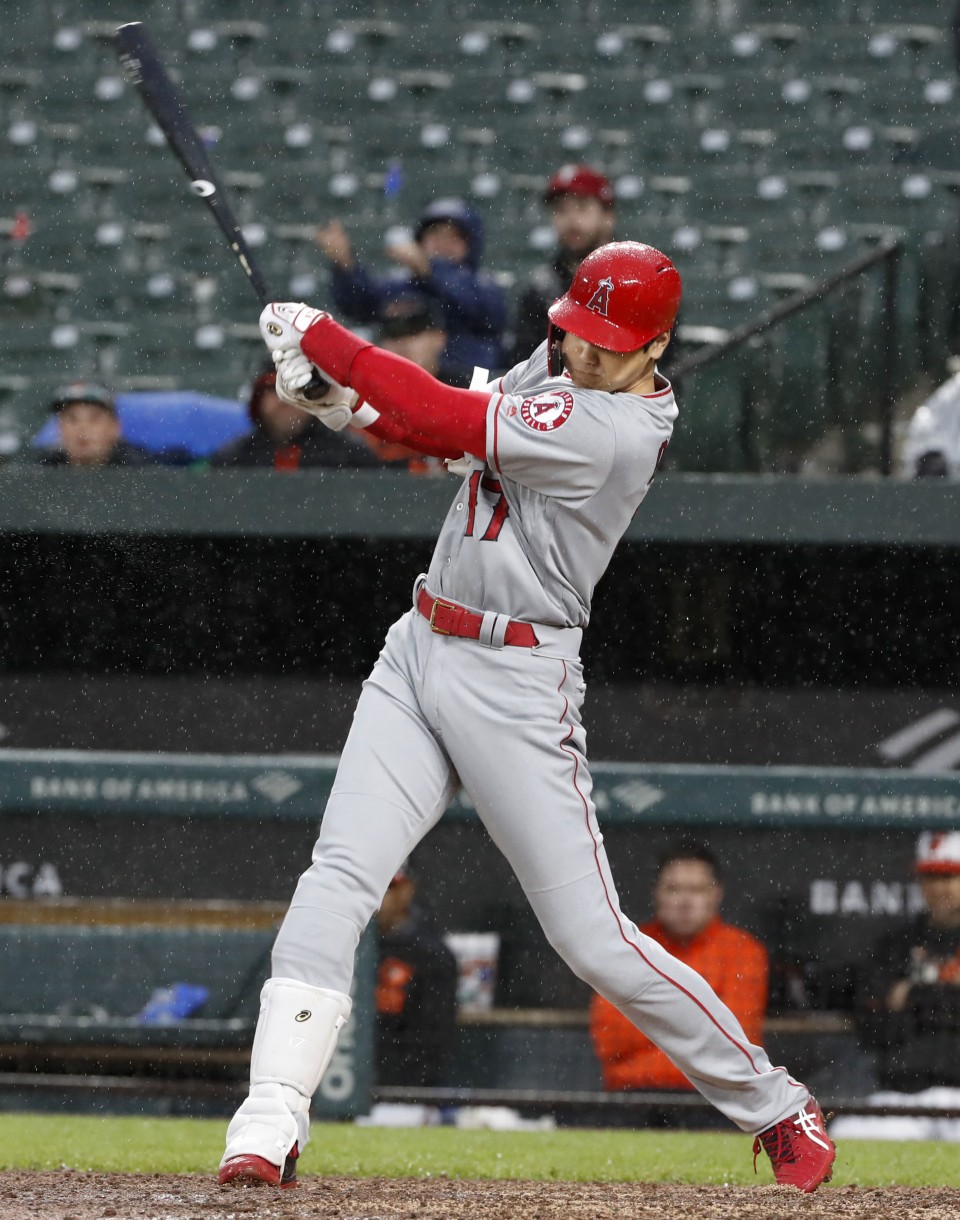 Los Angeles starter Matt Harvey allowed a two-run homer to Dwight Smith Jr. in the bottom of the first that tied the game at 2-all, but Luke Bard (1-1) and three other pitchers held the Orioles scoreless on four hits the rest of the way.

Albert Pujols hit a go-ahead solo shot in the fourth for his second homer of the night off Dylan Bundy (1-5), and the visitors added three more runs in the sixth at Camden Yards. In the ninth, Ohtani hit an RBI single but was thrown out at second on a double play.