Newly enthroned Emperor Naruhito carried out his first duties at the Imperial Palace in Tokyo on Tuesday, the Imperial Household Agency said.

The emperor signed and sealed documents related to a Cabinet meeting. They were his first duties at the palace except for rituals for his enthronement on May 1. 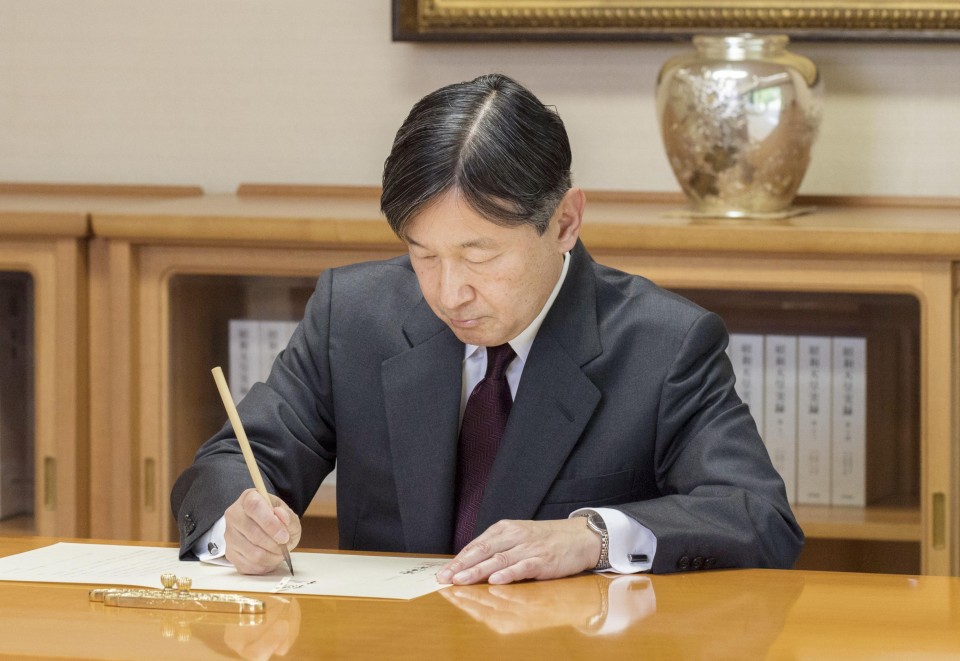 The agency released photographs of him working in his office the same day.

The emperor currently lives at an imperial residence in Akasaka Estate near the palace with his family. He will continue "commuting" to the palace until former Emperor Akihito and former Empress Michiko move to their temporary residence in Tokyo, and renovation work is completed.

The former emperor and empress will eventually move to their new residence being prepared at Akasaka Estate.