New Emperor Naruhito will "commute" to the Imperial Palace in Tokyo for the time being to carry out his duties, as preparations are still under way for him to swap residences with former Emperor Akihito following renovation work on both buildings.

The 59-year-old emperor, who ascended the throne Wednesday, will continue to live in what was previously known as the crown prince's residence in Akasaka Estate, about 2 kilometers away from the grounds of the Imperial Palace, with his wife Empress Masako, 55, and their daughter Princess Aiko, 17.

The situation is similar to the previous imperial succession, in which it took nearly five years for Emperor Akihito to move out from the Akasaka Estate to the official emperor's residence on the Imperial Palace grounds following his enthronement in January 1989.

Until renovation work is completed, Emperor Naruhito will go to the Imperial Palace from the Akasaka Estate whenever necessary, such as to attend imperial rites and sign documents approved at Cabinet meetings.

Dinners with guests from overseas and meetings with foreign ambassadors will continue to be held at his current residence.

The retired emperor and empress, meanwhile, will eventually settle in the crown prince's home that will be renamed as the Sento imperial residence. It will be renovated with more barrier-free structures. 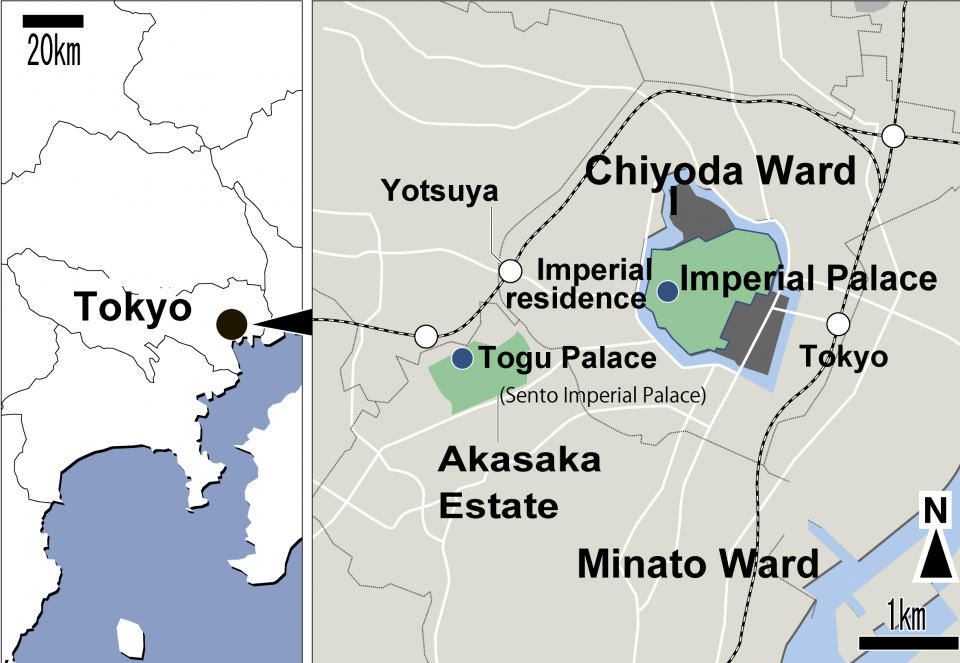