Japan's Emperor Naruhito greeted over 140,000 ecstatic well-wishers at the Imperial Palace on Saturday, expressing his hope for world peace in his first public appearance since his enthronement earlier this week.

"I sincerely hope for the further development of our nation, going hand in hand with other countries to pursue world peace," said the 59-year-old, accompanied by his wife Empress Masako, wearing a yellow dress and hat, and other members of the imperial family. 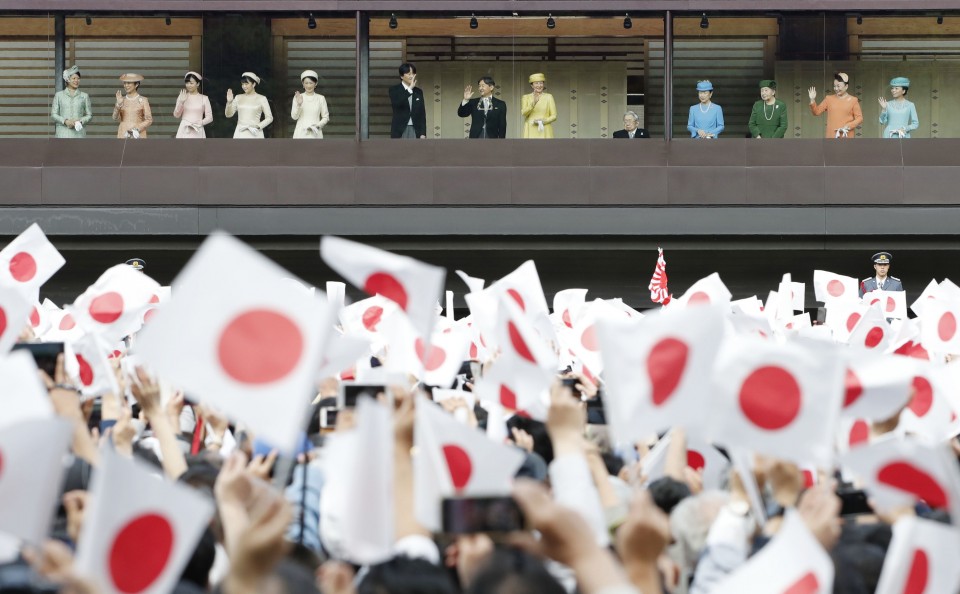 The emperor, in a morning suit, told the well-wishers he appreciated their congratulations and wished for their health and happiness.

An estimated 141,130 well-wishers visited the palace, exceeding around 109,800 for the former emperor's first public appearance in November 1990 following his ascension to the throne, according to the Imperial Household Agency. 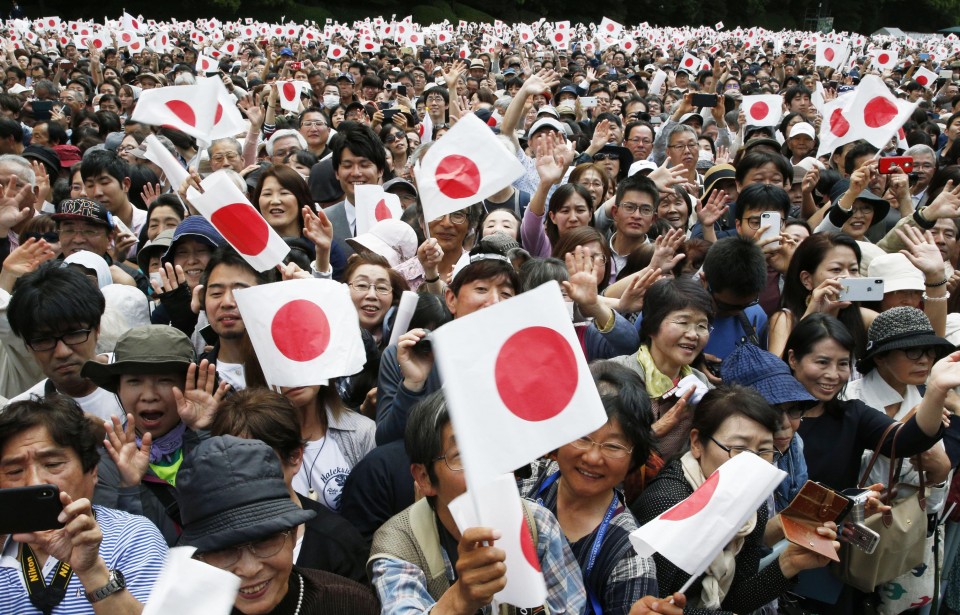 The celebration in 1990 took place nearly two years after Emperor Hirohito's death as the country remained in mourning.

His ascent to the Chrysanthemum Throne on Wednesday came a day after his 85-year-old father, former Emperor Akihito, became the first Japanese monarch in 202 years to abdicate.

The imperial family including the emperor's younger brother Crown Prince Fumihito, Crown Princess Kiko and their two daughters waved and smiled to the flag-waving crowd for about five minutes from behind the windows of a balcony at the palace in central Tokyo.

A total of six rounds of public appearances were held, with the first starting at 10 a.m. and the last at 3 p.m.

Well-wishers waited in front of the palace from the early morning, with a line of roughly 50,000 people stretching all the way to nearby Tokyo Station, prompting the agency to open the gate 20 minutes earlier than scheduled. 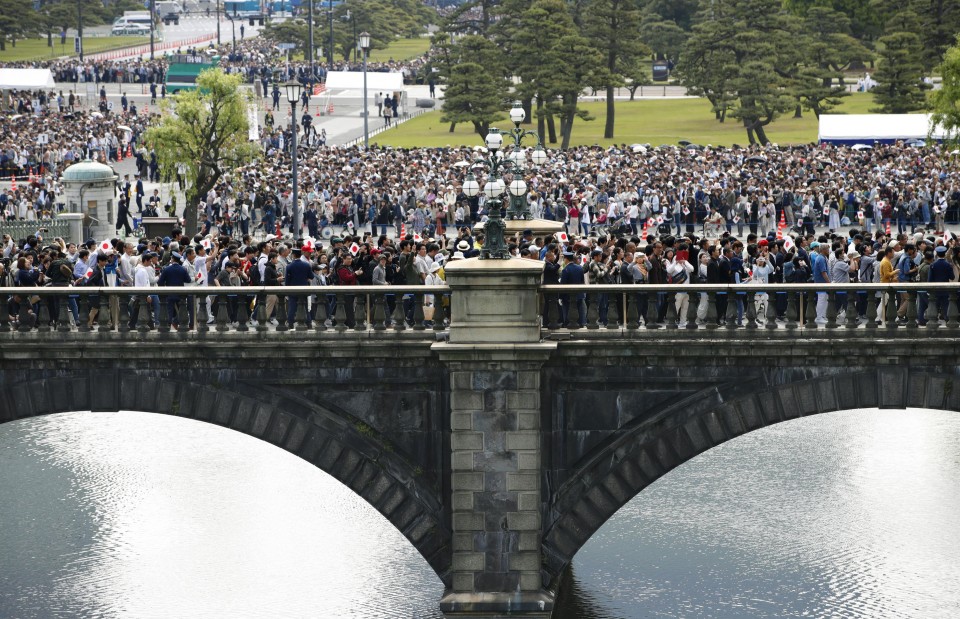 (Crowds of people flock to the Imperial Palace.)

While no serious accidents have been reported, at least 121 people were treated for heat exhaustion and other health-related problems at a first-aid station temporarily set up at the palace, according to police.

The former emperor and former Empress Michiko, who have retired from all official duties, did not take part in the events, nor did young imperials -- Prince Hisahito, second in line to the throne behind the crown prince, and Princess Aiko, the daughter of Emperor Naruhito and Empress Masako -- as is customary.

The last similar public appearances by the former emperor in January attracted 154,800 people, the largest crowd recorded during his 30-year reign.

The agency had initially planned to allow the public to make congratulatory visits after a key ceremony on Oct. 22 to proclaim the enthronement of Emperor Naruhito in front of representatives from home and abroad, known as "Sokuirei Seiden no gi."

But the agency decided to bring the appearances forward as Japan's traditional Golden Week holiday period has been extended to 10 days this year, from April 27 through May 6, to incorporate the historic imperial transition.

"This is a historic enthronement. I wanted to catch a glimpse of them," said 44-year-old Tokyo resident Kiyoko Ishige.

Mutsuo Konno, 77, from Kanagawa Prefecture, said, "I feel a little sad about the change of time, but, looking at the new emperor, I felt hopeful."