Sanrio to open Hello Kitty theme park in Hanoi in 2021

At a project launch in Hanoi on Sunday, the two firms said they will build a 30,000-square-meter-wide indoor Sanrio Hello Kitty World Hanoi, adjacent to the capital's West Lake.

BRG Group will construct and operate the park while paying Sanrio royalty fees for the use of characters, Masafumi Nishihara, senior manager of Sanrio's global entertainment section, told NNA. 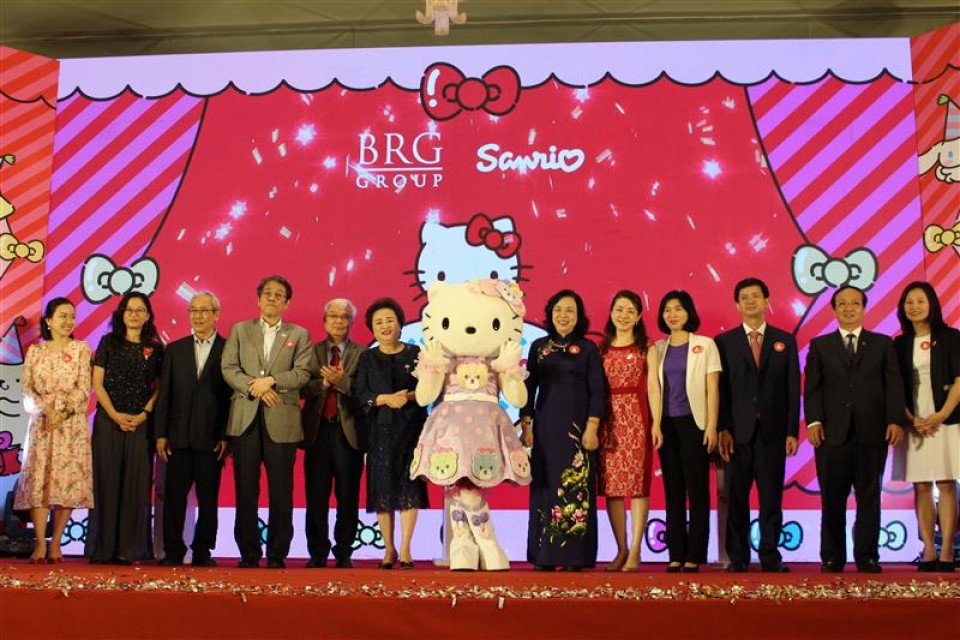 Services of pager, a one-time must tool for trendy girls, to end in Japan

Sanrio and BRG Group said the park will house gaming and ride attractions, alongside a theater and dining and retail outlets, featuring mainly Hello Kitty and other popular characters such as My Melody and Pompompurin to attract local and foreign visitors.

"We want to provide experience-oriented programs such as transport safety and cooking to enhance creativity even among relatively older children," BRG President Nguyen Thi Nga said at the launch event.

The Japanese and Vietnamese firms initially signed a memorandum of understanding on the project in 2016, Sanrio executive Yuko Tsuji said.

Sanrio said it owns more than 450 brand characters, receives royalties for brand use, and earns sales from related goods.

At present, Sanrio operates theme parks in Tokyo and Oita Prefecture in southwestern Japan. There are five Sanrio brand theme parks abroad -- two each in China and South Korea, and one in Malaysia.