The Japanese public largely reacted favorably to Monday's announcement of "Reiwa" as the country's new era name, with many welcoming the use of a character meaning peace, calmness and harmony.

"I'm glad there is the 'wa' character of 'heiwa' (the Japanese word for peace) included," said Masane Kudaka, a 54-year-old firefighter who was sightseeing at the Imperial Palace having traveled from his hometown of Uruma in Okinawa Prefecture, home to much of the United States' Japan-based military forces and the site of key World War II battlefields.

The new era name is comprised of two Chinese characters derived from the Japanese classic "Manyoshu," an eighth-century collection of Japanese poetry.

Takako Miyasato, a 63-year-old manager at a Tokyo hospital who was visiting the palace with her family on the announcement day, said she hopes the new era will be peaceful.

"There were many natural disasters during the Heisei era so I hope the coming years will be as good as the kanji character for 'wa' signifies," she said. 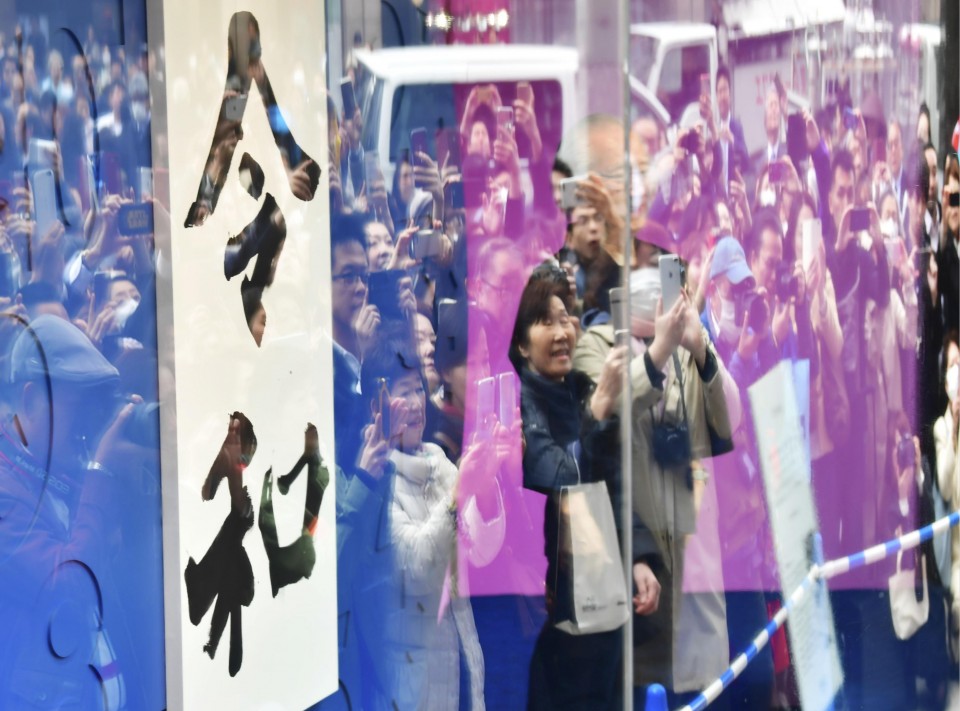 An era name is used for the duration of an emperor's reign, and the current Heisei era will end with the abdication of Emperor Akihito on April 30. Reiwa will commence on May 1, when Crown Prince Naruhito is enthroned.

"It's sad that Heisei is coming to an end," said 75-year-old Sachi Ono from Ashikaga, Tochigi Prefecture, adding she wants to thank Emperor Akihito for dedication to his subjects over the decades.

People stopped in front of digital billboards and televisions at retail stores to watch while TV stations aired special programs in the lead-up to the 11:30 a.m. announcement.

Rika Nozawa, 13, said Reiwa out loud several times after learning of the name from an electronic billboard near Tokyo's bustling Shinjuku Station.

"The kanji character for 'rei' is nice," she said.

The new era name, or "gengo," was adopted from a Japanese classic for the first time in more than 1,300 years of the era system being in use.

The "rei" character itself means "good" and is used in the "Manyoshu" poetry anthology to mean "auspicious." The gengo characters were both taken from the classic writings.

"The fact that it was taken from "Manyoshu" gives a feeling that a whole new age will be created for the Japanese people," said Hironobu Shoju, 30, who currently works in Germany and is back in Japan for business.

"The feeling that the kanji character for 'wa' invokes is soft," he added. 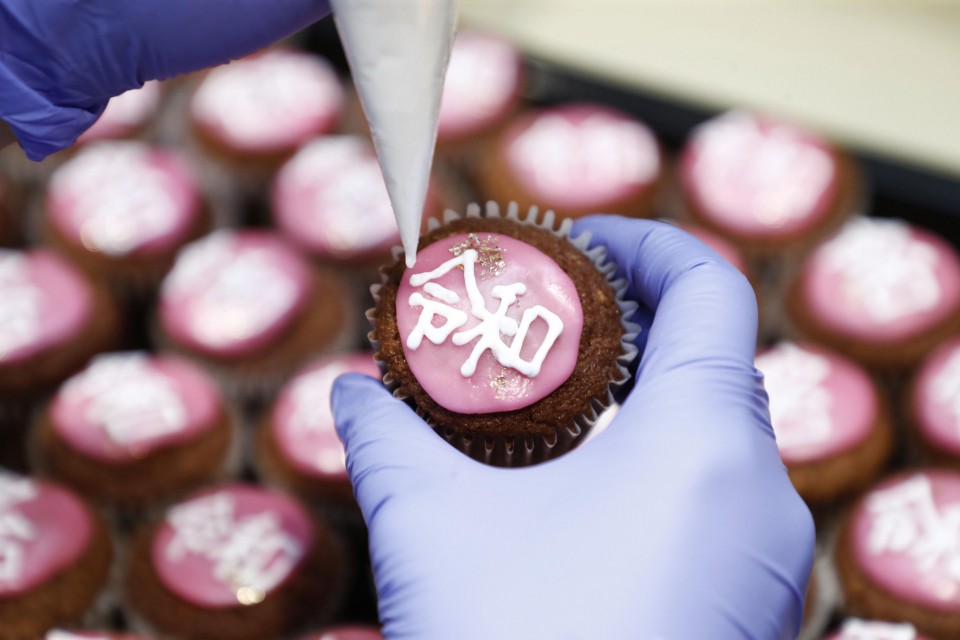 Social networks came alive soon after the announcement, with Reiwa and related topics becoming the top trending word on Twitter, as users expressed both favorable and unfavorable views for the new name.

"It sounds nice. I hope we will have a society in which people care about each other," wrote one on Twitter.

Another Twitter user said, "Born in the first year of Reiwa would sound so cool."

Others said they get a negative impression from the name.

"The impression is cold. An era name, at least, should give a more gentle impression," said one.

Suspense novelist Kaoru Takamura said the character for "rei," which is also used to form a word meaning "to order," reminds people more of control and regulation, and by combining it with "wa" meaning harmony, the era name could be interpreted as "controlling people to harmonize."

"The sound of 'rei' gives off a cold impression, and does not carry a positive image. With more documents adopting western calendars, people are more likely to depart from an era name," she said.

However, Takashi Saito, a professor of education at Meiji University in Tokyo and also a TV commentator, said Reiwa sounds "fresh" and that it is "appropriate as the name of the new era."

Noting it has "Manyoshu" as its background, Saito said he sees a "will to become aware of Japan's self-reliance and show more love to the country."

Meanwhile, people with the same name or names that use the same kanji characters as Reiwa expressed surprise.

"I was watching TV and I wondered why they were showing my name," said 80-year-old Yoshikazu Nakanishi, an Akashi city resident whose name is written exactly the same way as the new era.

Flooded with congratulatory phone calls from relatives and friends, Nakanishi said he wished he had asked the midwife who gave him the name where the characters were derived from. 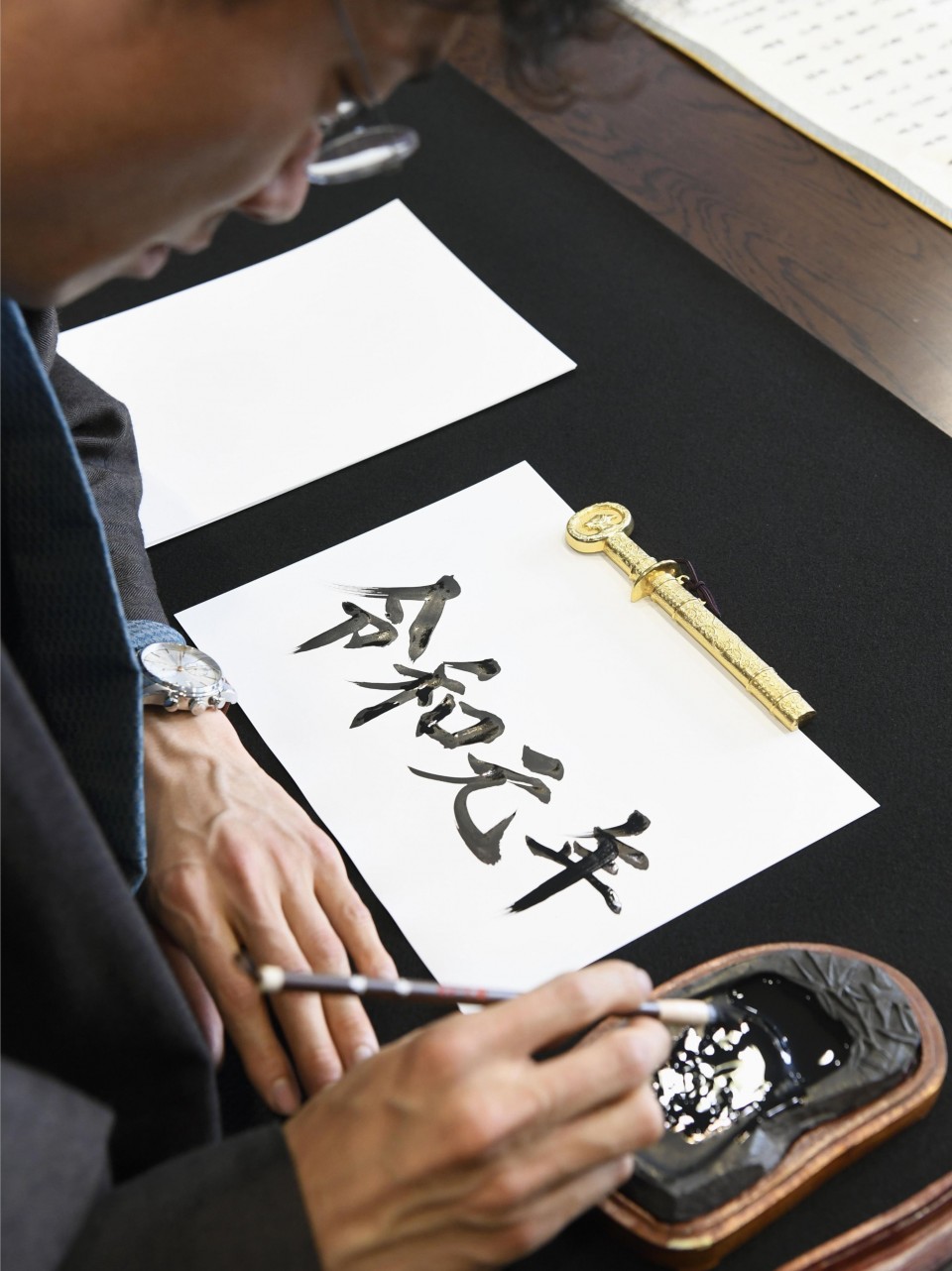 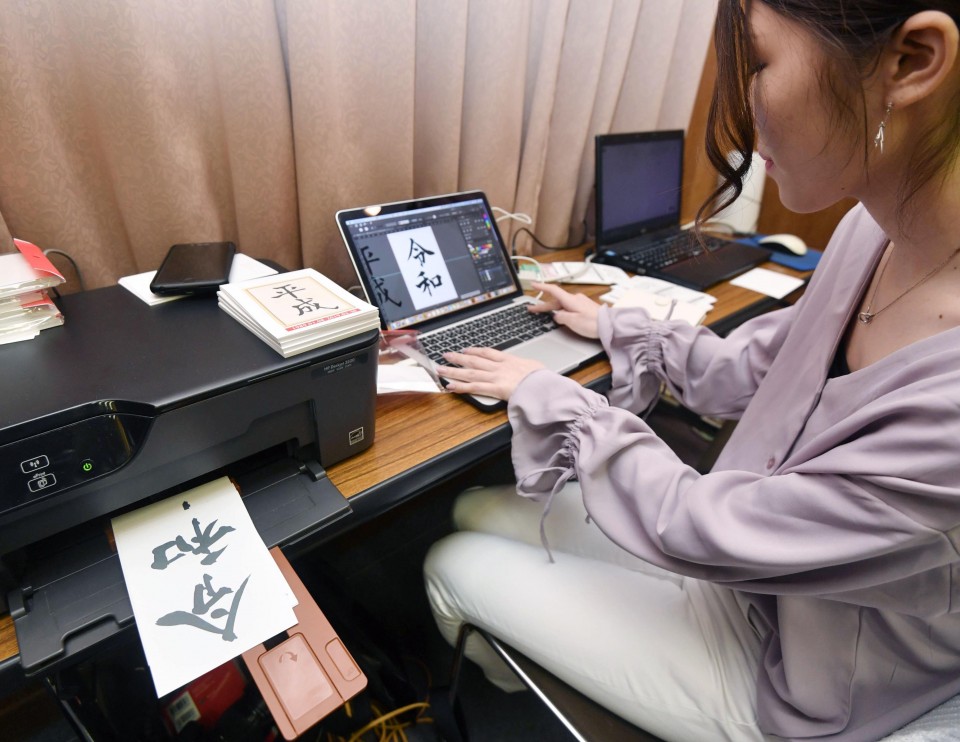 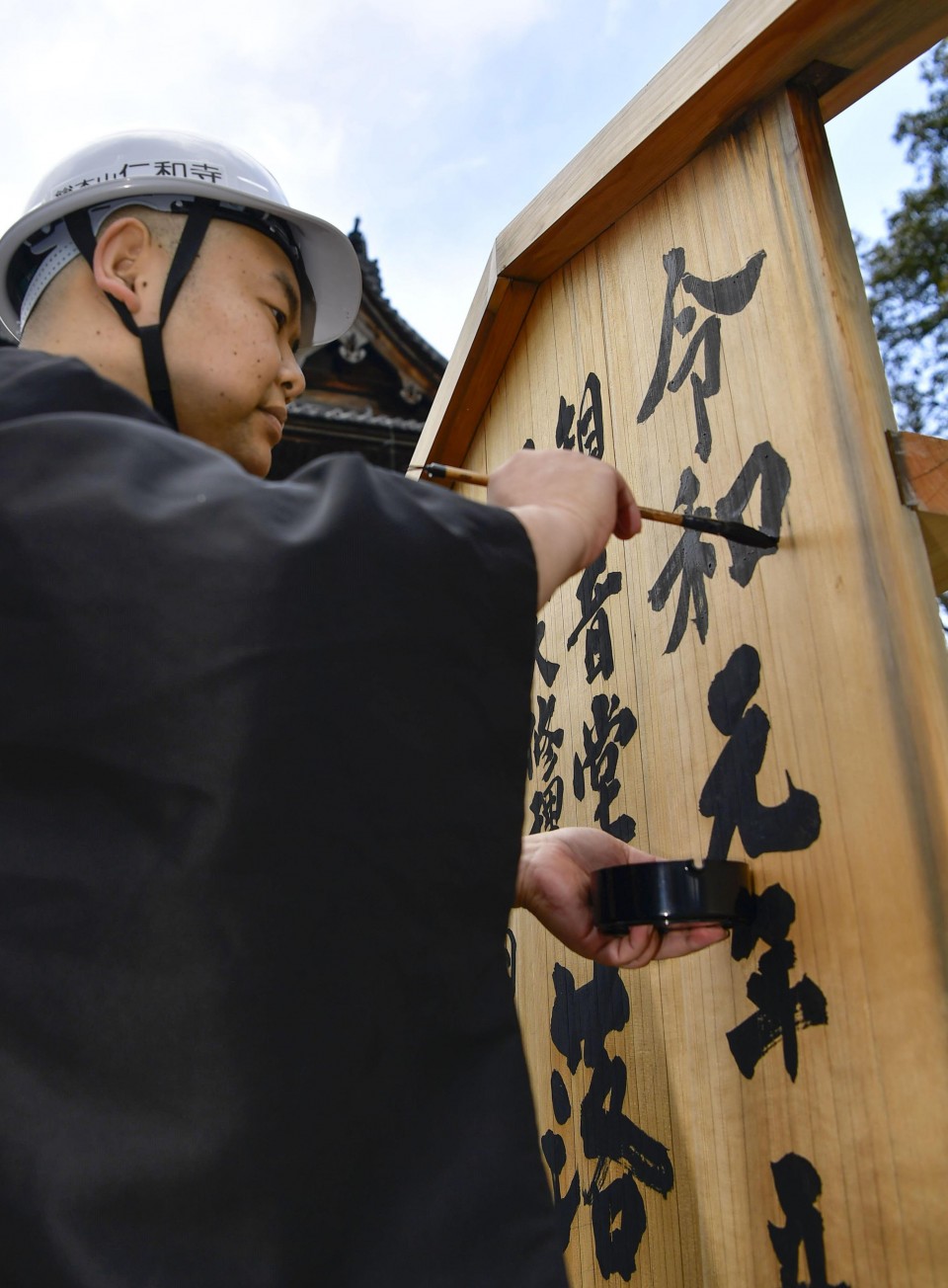