For people used to the excitement of the fast-paced tech world, making miso, or fermented soybean paste, in a sleepy town in Japan's countryside might not seem too appealing -- unless they realize that's where their true calling lies.

Yu Maeda, a former employee of Microsoft Japan Co., and her engineer husband Michinori, have chosen the bucolic life of Arao, Kumamoto Prefecture, where they intend to inherit the traditional method of making the Oshikida brand handmade miso.

Kyoko Hamasaki, 79, has devoted her life to supplying additive-free miso, which was named after the Oshikida district, to loyal customers. Now she plans to entrust the Maedas to take over her business of 34 years.

"I've always wanted to work in a free atmosphere, so I joined a foreign company," Yu, 42, said in a recent interview with Kyodo News, looking back at her years with Microsoft. "That desire grew even more through working there."

Yu and Michinori got to know each other in Tokyo after the deadly March 2011 earthquake and tsunami struck northeastern Japan. Their common interest in club music brought them together.

The disaster, which resulted in the deaths of more than 15,800 people, made them reconsider their career paths in Tokyo and what direction they wanted to take.

"In Tokyo, you just concentrate on whatever task you are given. But I want to think for myself and work more freely. I once looked for some other job but something was missing (in my life)," Yu said. 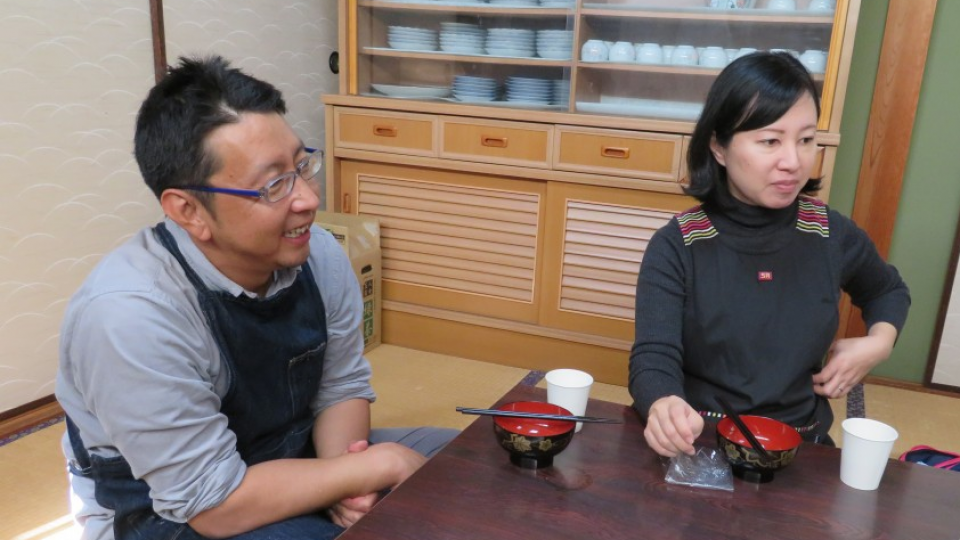 Michinori, from Tokyo, who had been working for a major mobile phone company, wanted to live in the Kyushu region of southwestern Japan. He once drove down from Tokyo to Kagoshima, the southernmost prefecture in Kyushu, when he was young.

"The devastating earthquake changed our way of thinking," Michinori, 40, said. "I remember people began to move to various places after that."

Looking for a new way of life, the couple first moved to Fukuoka in 2014, where Yu was born and raised, and later married.

But they began to realize there was not much difference between living in Tokyo and in Fukuoka, the most populous city in Kyushu.

After about a year in Fukuoka, they moved farther south to Arao in 2016 and were hired by the local city office.

"When I told my husband about job openings I found, he was the one who wanted to go to Arao badly," Yu said.

It is difficult to get around in Arao without a car. Road signs often indicate how far the closest convenience store is, in contrast to major cities like Tokyo and Osaka where the shops are ubiquitous.

At the Arao city office, Michinori got involved in olive cultivation, while Yu belonged to the travel promotion bureau and went to a small miso factory on one of the city's projects.

Her interest in miso was piqued and she began helping a group of elderly women process the fermented bean paste. 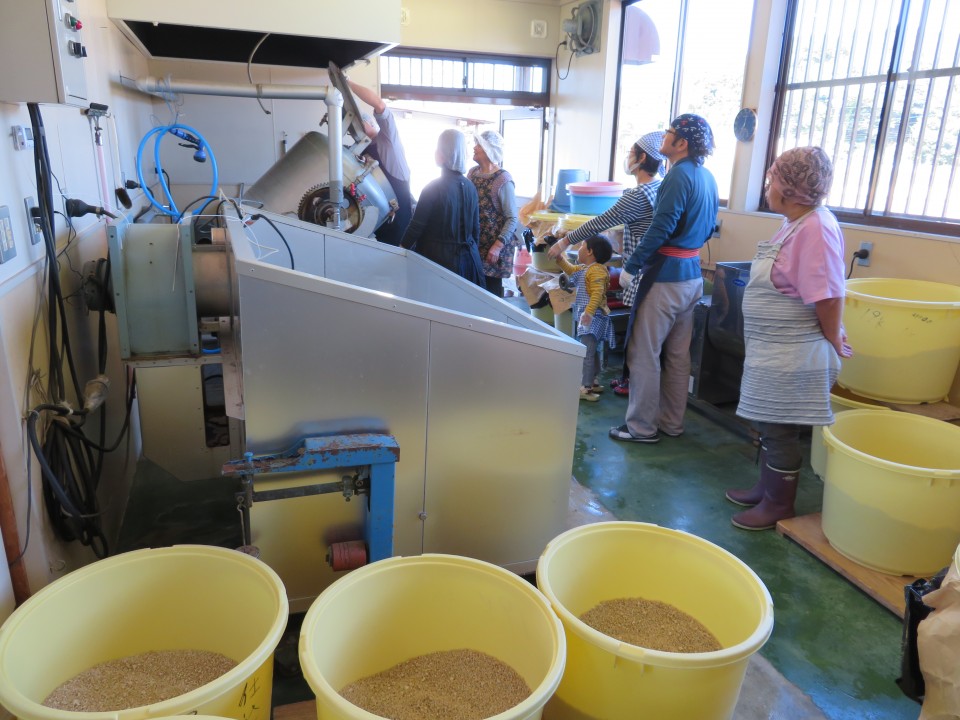 "Yu was very enthusiastic from the beginning," said Hamasaki, a member of the founding family. "She learned everything by taking notes and pictures of each procedure."

Hamasaki is the sole person remaining at the factory out of a group of six women who had worked there. Two of them in their 70s quit in September because of physical issues such as lower back pain.

"Young people leave and only old ones stay in this town," Hamasaki said. "Young people want to avoid this kind of work, so I'm so glad that Yu and Michinori will take over my work. I can finally retire without having to worry." 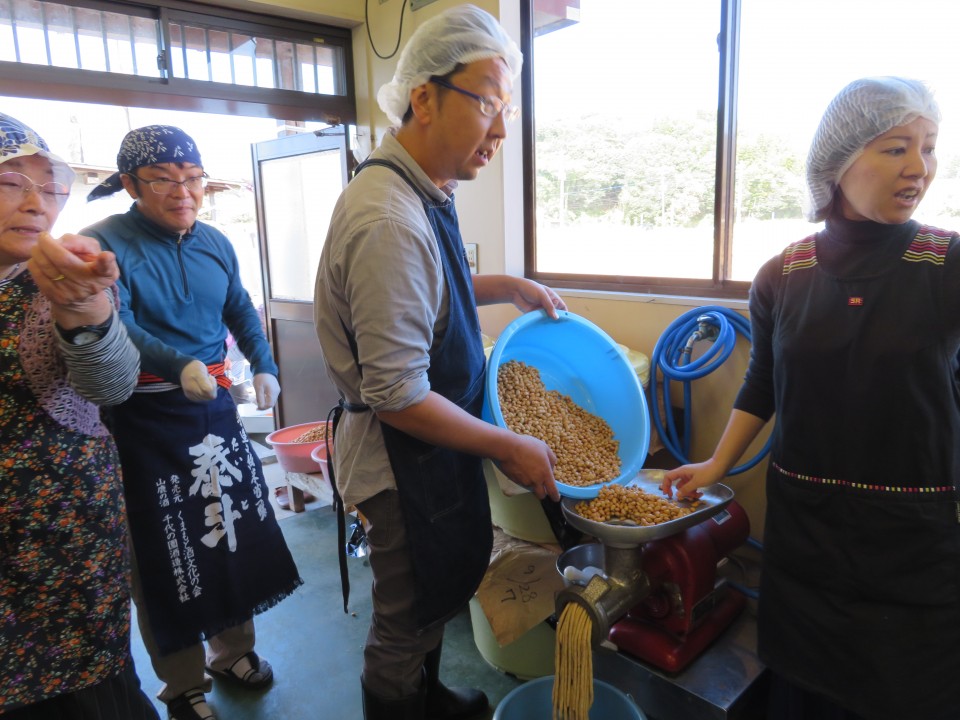 Nowadays people turn to smartphones to learn new activities or professions, but in the past children learned things from parents -- from generation to generation.

A slow life in Arao was exactly what Yu and Michinori were looking for. Now they say they have found the right balance between work and family life.

In addition to making miso, Yu maintains business ties with a former Microsoft Japan executive, who has run a drone service company since 2015.

"It would be nice to have a variety of work" opportunities, Yu said. 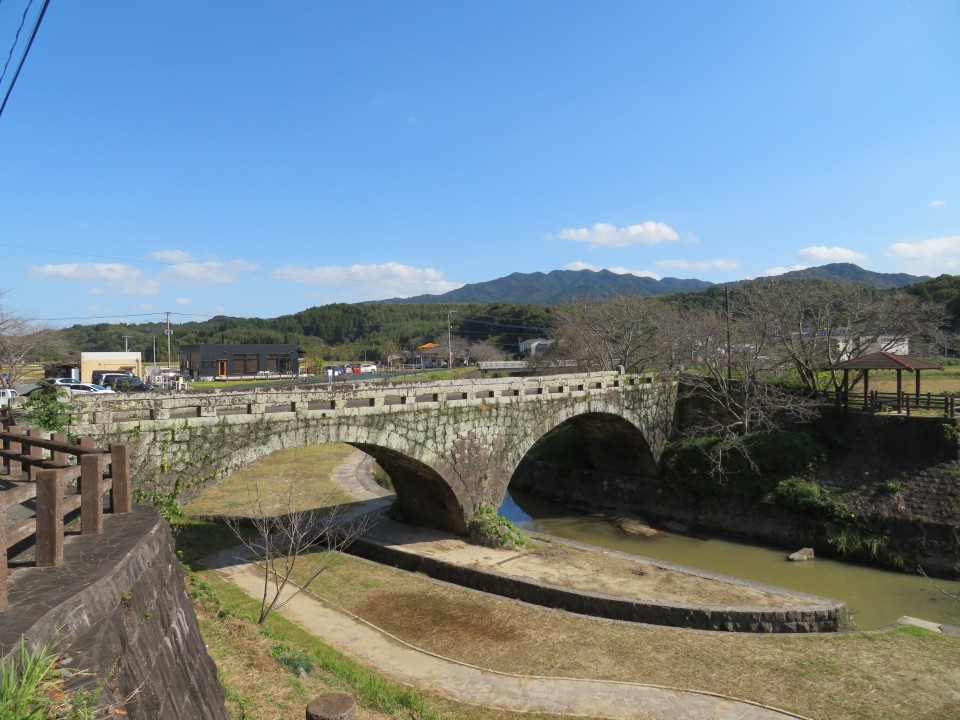 As for a life outside of work, there are not many places of entertainment for young people in Arao. "No bars or dance clubs. We can only go to the movies. But there are many quality onsen within driving distance," she said.

"I feel no stress because I only work at home," Yu said. "We are not in Tokyo, where there are all kinds of entertainment and you can go out to drink so easily. Restaurants close early here, so we try to cook our own meals as much as possible -- healthy food as much as possible."

"People around us give us vegetables for free. The only food we buy might be meat. This town is rich in nature but is also convenient since it has easy access to Fukuoka and Kumamoto (the capital of the prefecture)."

It takes only an hour to get to Fukuoka by train from nearby Omuta station, so many people commute to work in Fukuoka from the Arao-Omuta area.

The couple is expected to take over the entire miso making operation from Hamasaki in one or two years.

Hamasaki says making miso requires at least five people but she is not so worried about the factory's future after her departure because the couple already have many friends in Arao, who may join them in miso-making seasons.

Miso is made by mixing cooked soybeans with "koji" fermentation starter, salt and water.

It can be used simply in miso soup, or "nabe" hot pot dishes. Miso can also be spread on rice balls. 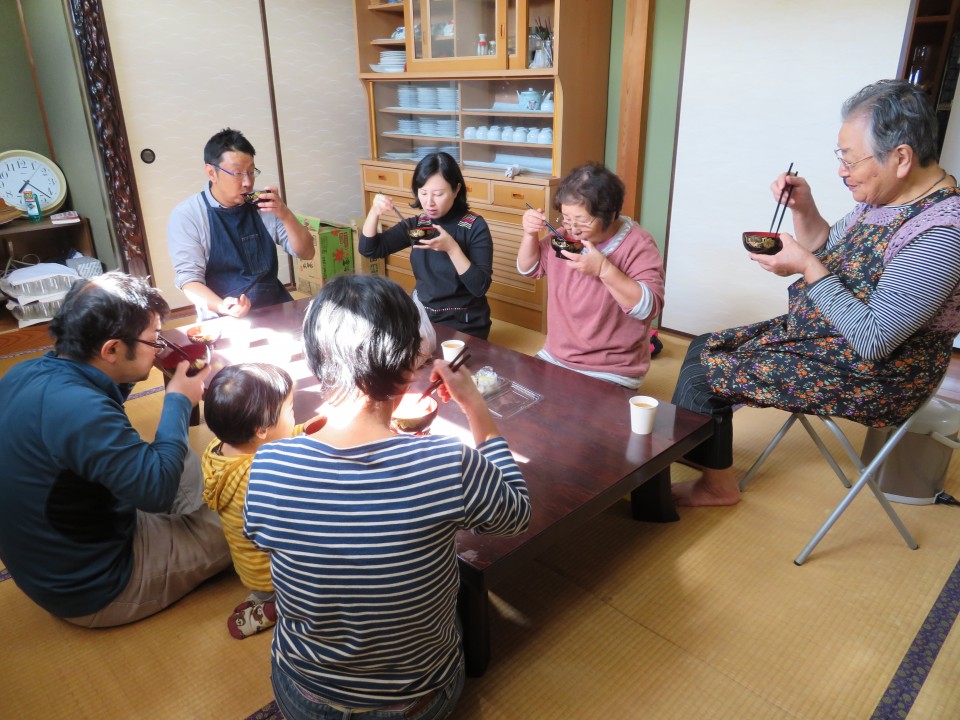 "It's a repeat of the same procedures," Michinori said. "If special skills were required, we wouldn't be able to join this."

"People say they don't want to live in the countryside because there are no jobs, but there are many jobs available," he said.

Yu hopes to increase output and sell miso online in the near future so that her friends in Tokyo can taste the Oshikida brand miso.

Yu and Michinori are expecting their first child next March and look forward to becoming a long-lasting miso making family.

"We want to have our child work with us as soon as possible," Michinori said with a smile. "We could be a 100-year-old or a 200-year-old farm family if we become deeply rooted in our local community."

More stories from our "Down to Earth" series: