Two young tea lovers have taken on a mission to save the industry in Shizuoka as farm closures continue to rise amid an aging population and growing public apathy about preserving the region's ancient tea culture.

Born and bred in Shizuoka Prefecture, one of Japan's major tea leaf producing areas, Akito Ohashi, 40, and Asami Ishizuka, 36, feel a deep connection to tea, a drink traditionally offered in pots at gatherings of families or friends. But, much to their chagrin, their passion is not shared by their peers.

Alarmed by a growing trend of people drinking bottled tea, in 2017, Ohashi co-founded The Tea Bridge, which offers tours to a local tea factory and farms, hoping to establish or reignite people's interest in the beauty and complexity of green tea.

On the farm tour, Ohashi offers guests a variety of teas as they stand in the middle of a field surrounded by mountains, giving him a beautiful stage to explain and demonstrate the subtleties of the local produce. 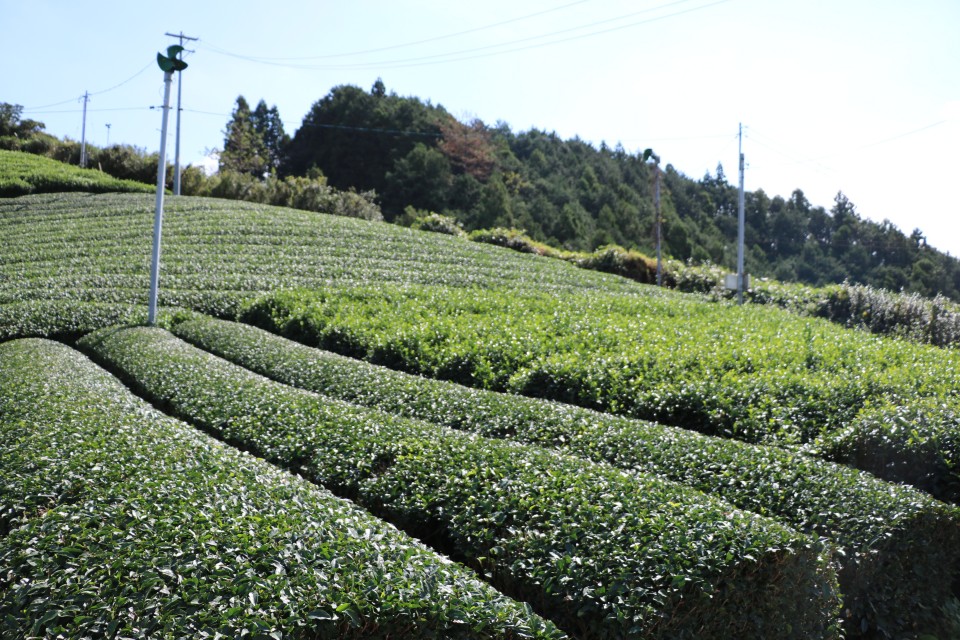 Even with the same leaves, the taste, color and smell vary when steeped in water of a different temperature or when the picking season varies.

"We need to encourage people to truly appreciate the depth of tea, so that they will be interested in buying high-quality leaves," Ohashi says. "If the farmers continue on as they are now, every tea farm will be in a very difficult position."

Shizuoka's tea farms have not fared as well in recent years, although the prefecture accounts for about 40 percent of the country's overall tea production. According to the prefecture's chamber of tea association, production of crude tea in Shizuoka has declined from 39,000 tons in 2000 to 30,800 tons in 2017.

Concurrently, the Shizuoka tea industry has seen profits fall as total sales of tea cultivated has dipped from 73.5 billion yen in sales ($649 million) to 30.6 billion yen. Land devoted to tea cultivation has also steadily decreased from 21,000 hectares to 17,100 hectares over the same period, according to the prefecture's trade division.

For bottled drinks, businesses seek cheap, low-quality tea leaves, squeezing out farms and processing plants that produce higher-end products. Consequently, customers are either indifferent or unaware of the variety of tea available, he says.

Farmers feeling the pressure either give up and plant more profitable crops like Japanese yams or abandon their plots altogether, he adds.

"People lead busy lives, they prefer the immediacy and ease of drinking bottled tea when they get home," Ohashi says.

He believes more young people may be attracted to drinking non-bottled tea if so-called "third-wave tea cafes" that have popped up in recent years in Tokyo and Shizuoka spread.

The third-wave concept grew out of similar coffee movements in which customers expect high-quality, artisanal coffee, drawing drinkers interested in the origin of the beans, rather than those simply happy to sip mass produced or specialty coffee popularized by major chains such as Starbucks Corp.

"I think one solution is to expand 'Japanese teahouses' that are modern, where people can drink tea in a relaxed setting," Ohashi says.

Ishizuka, a consultant who is promoting new ways of drinking tea, has been trying since last year to revive a 200-square-meter tea plot abandoned by a friend's aging father two years ago. She comes to the tea plot whenever she can. 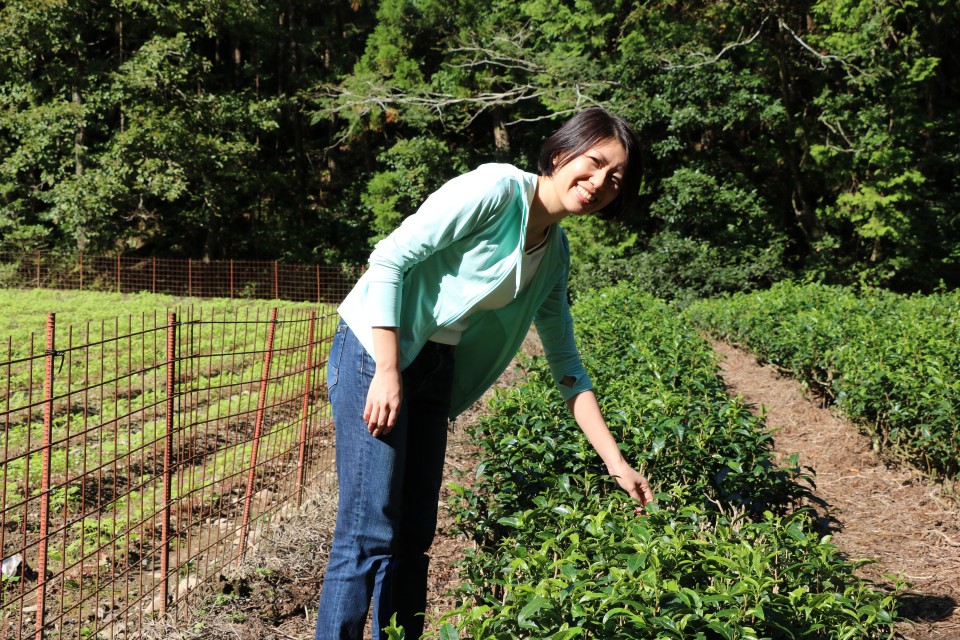 "My whole body ached," says Ishizuka, recounting the time when she waded through head-high, mountain-side weeds and brush, clearing and trimming before finally tending to the tea plot. She also had to be aware of snakes and holes dug by wild boars.

"There are so many small plots in Japan that it is difficult to know the total number or even to know how many are abandoned. But you can see the ripple effect...with tea processing plants shutting down," said Ishizuka, who has kept tabs on the industry's decline for the past 13 years.

Her effort was rewarded in the spring when she picked 4 kilograms of tea leaves with volunteers. "It is very difficult to find information about how to revive completely abandoned tea plots," she says, but adds she enjoys the learning process and likens it to "having a conversation with the tea trees."

But to spark a wider, more human-to-human conversation about drinking quality tea, Ishizuka has plans to illuminate the finer points of the preparation process.

She suggests the perfect process requires quality tea to be steeped with cold water and left in the refrigerator overnight, or even blended with herbal varieties.

But despite orthodox tea drinkers frowning on what they consider radical ways of drinking the beverage, "Tea will have to continue evolving, following the times," Ishizuka says. As people enjoy and truly appreciate the depth of tea, hopefully, younger people will be inspired to pursue tea production as a career, she adds.

Both Ishizuka and Ohashi believe non-Japanese interest in Japanese tea helps make domestic consumers conscious about how special their produce is. They don't have rigid notions and tend to welcome new ways of drinking it, such as blended tea, she says.

The average age of all Japanese farmers has held steady since 2010 at around 67, according to the Ministry of Agriculture, Forestry and Fisheries. As Japan faces an aging population, the concern among all farmers, including those in the tea industry, revolves around the continuation of their way of life.

Shuichi Enomoto, a 71-year-old local tea farmer, is keenly aware of the challenges faced by the industry as few want to take over the family tea business or venture into it, deterred by the tiny profits. "We can't let tea farms be abandoned further. We must make the utmost effort to keep tea alive," he says.

But teahouse owner Masahiro Mochizuki, 64, whose family has been involved in the tea business since 1868, is rather optimistic, believing the industry workers' faith in tea will carry them through.

"The total 'pie' of the tea business is shrinking but tea itself will never disappear. It's lasted this long after all. It will continue on," he says.

"All Japanese love green tea," echoes Ohashi. "If people try really good tea, they become tea lovers." There is still "a lot of potential" for tea farmers to be saved, he adds. "We have hope. I have hope." 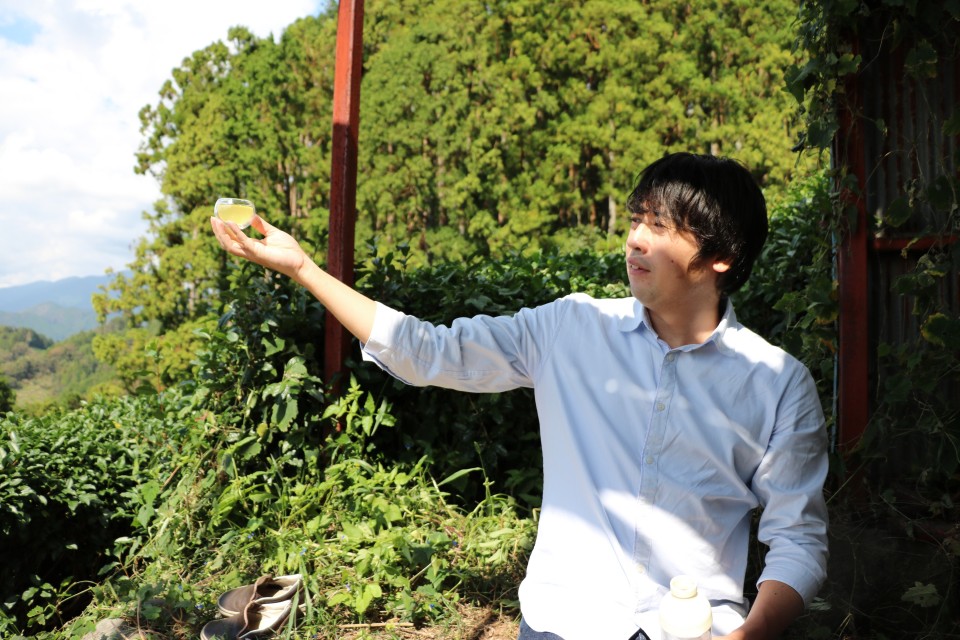