Atsue Durrant spent most of her career as an office worker, but she always felt like something was missing.

She was a multi-discipline artist and used photography as her form of self-expression. But it wasn't until she quit her job to indulge her creative side, using the support of her husband Cameron Durrant and empowering female farmers in the area to start a farm in Mizuho, western Tokyo, just outside of the U.S. Yokota Air Base. 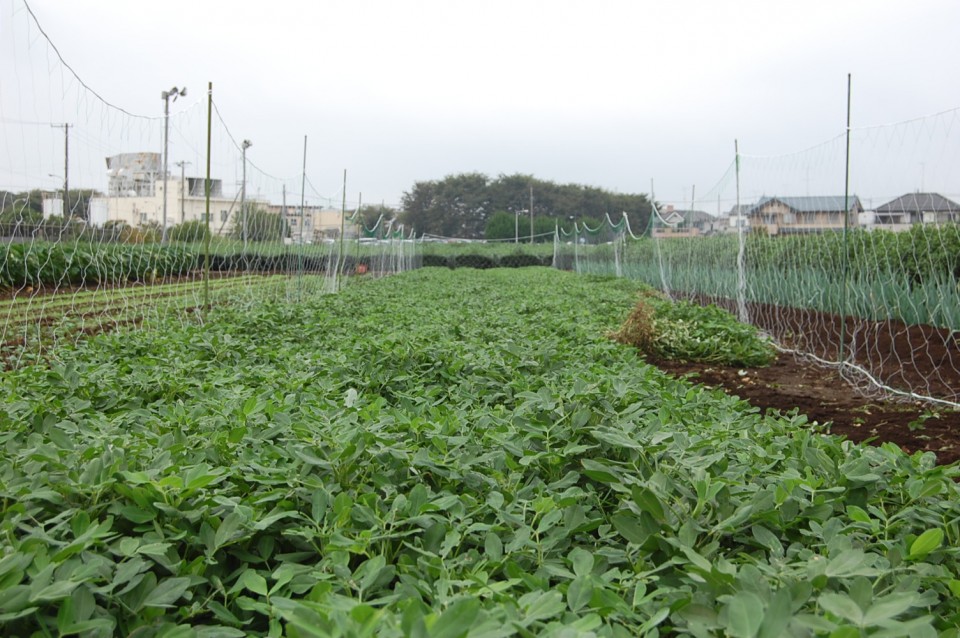 (Crops at Base Side Farm in between Yokota Air Base, left, and residential housing)

Having a partner to encourage and support her, Atsue felt she could finally spread her wings and try something new. Although she is considered a "hobby" farmer, she feels right at home.

"When I was younger, I wanted to farm but I wasn't good enough" Atsue, 39, explains in English during a recent interview with Kyodo News. She had a small garden at her parents' home in Kawaguchi, Saitama Prefecture, where she used to try to grow vegetables but she didn't have her green thumb quite yet.

"I would try, but they would always die." Atsue says with a chuckle about her unsuccessful attempts to farm as a child.

Needing a change from the everyday grind of office work, Atsue decided to explore other professions shortly after marrying her husband in 2011. She felt that she needed to get closer to nature and reconnect with the curiosity she once had in her family's garden.

"I quit office work and visited some single female farmers in Japan to see what it would be like being a farmer. I thought, 'I think I can do it!'"

Atsue knew that the community of farmers she was preparing to join was predominantly male but she became empowered and confident through the strong group of female farmers in her area.

After visiting single female farmers around the country in 2015, she worked for two years at Kondo Farm in Mizuho. She learned how to grow green onions in the winter to spring months and tomatoes in the summer. Her husband continued working as an English teacher while she was working at the farm.

Atsue is a member of the "Women Who Farm" project, which the Ministry of Agriculture, Forestry and Fisheries organized to connect female farmers from around Japan.

The project's website states that they are a group of women who believe there can be an "organic farming revolution" and that they will work together to become the "strong women of sustainable agriculture." They organize events as well as write articles about their farming experiences.

"I've never been told that I can't (be a farmer) because I am a female. Some female farmers feel it is harder to be a female and there are some land owners who don't want to rent to females. I was aware that it happens but I feel a lot of people want to see me succeed," she says, adding that many of the farmers in her area are considered hobby farmers rather than commercial.

"I feel like people cheer for me. Our farm is in a very equal place and people just see me as a farmer..." 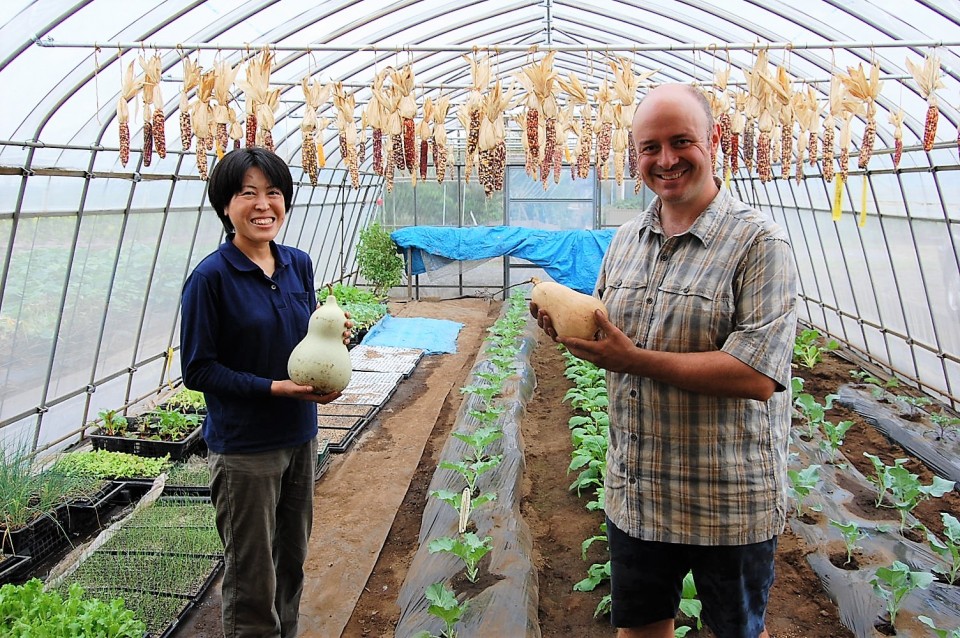 The couple's Base Side Farm -- four rented plots measuring 330 square meters each outside Yokota Air Base -- is one of the largest farms surrounding the base perimeter. Atsue uses social media in order to communicate with customers both on the base and in the local area.

Commercial farmers, of course, have bigger plots than hobby farmers. For them, it is a way of life, although the Durrants' plot is nothing to sneeze at.

According to a government study, professional women farmers accounted for 43 percent of full-time agricultural workers in Japan in 2015.

Atsue learned how to speak English after traveling abroad and her husband, Cameron, 41, is an expat from Australia. They are one of the few English-speaking farms in the area but they are not affiliated with the base. 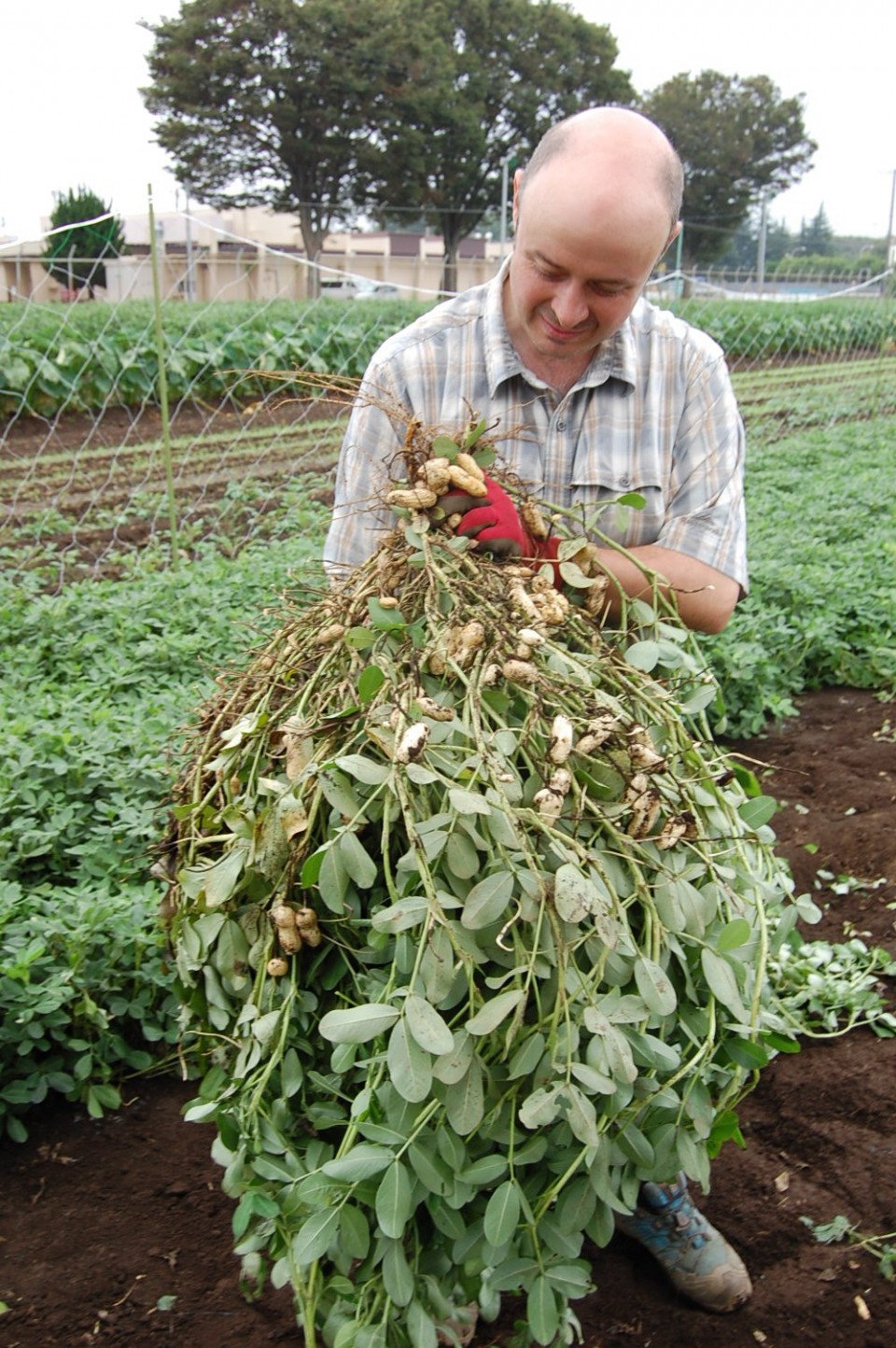 To improve relations between the local community and the U.S. base personnel, Atsue allows active-duty military members from the base to occasionally help out on the farm.

Customers are given the opportunity to dig up their own peanuts and take them home. The farm sells pesticide-free dried corn, which can be used as a healthy alternative to store bought popcorn.

Atsue also sells produce at a local farmers market called "Fresh House," located minutes away from their farm. It is a market where local farmers can sell their produce and other traditional Japanese treats.

Although the Base Side Farm has only been around for a little less than a year, Atsue believes it has already had an impact on the military base community, whose members often seek off-base grocery items cheaper than those shipped from abroad and sold at the commissary.

One of Atsue's customers from the military base says, "(Atsue) grows amazing veggies that are pesticide free. I love going to pick them up knowing they've just been picked. She has even sent me recipe ideas for veggies I'm unfamiliar with."

Atsue took a leap of faith in order to become a farmer and get away from typical office work. With the aging farming population in Japan, she is hopeful more women will follow in her footsteps to get closer to nature and express themselves through farm work.

Although female farmers still remain in the minority, it is important that they continue expanding into the farming industry not only for the purpose of gender equality but also to help stimulate Japan's agricultural industry, Atsue believes.

Atsue still loves photography and posts photos of their vegetables and her cooking creations on her Instagram page.

"Farming is self-expression. It's not just produce, it's showing a bit of you." she says. 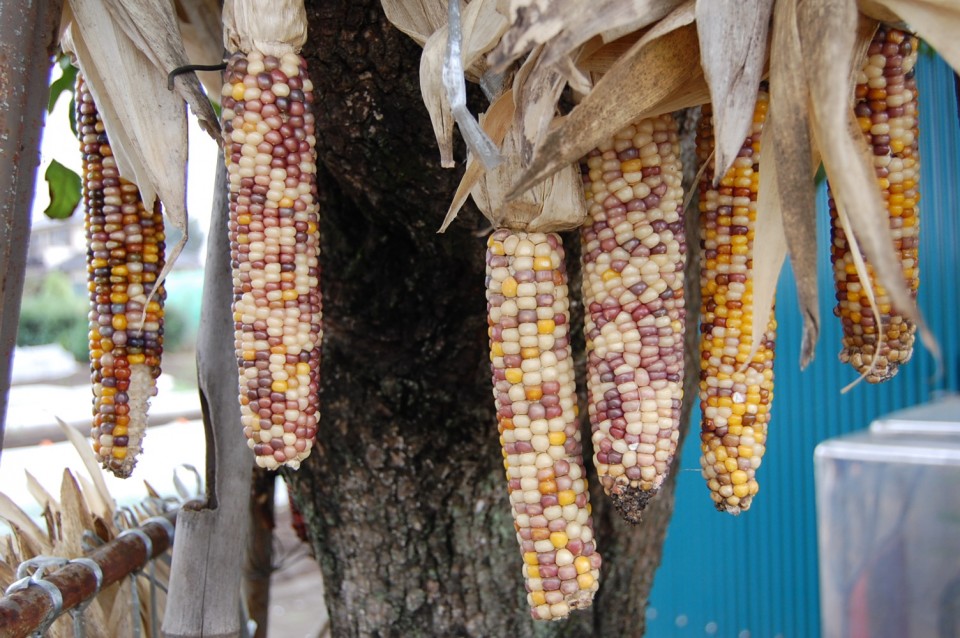