When the Japanese men's soccer team kick off their Tokyo Olympic campaign against South Africa on Thursday, one of the game's brightest young stars will bring his talents to a new, worldwide audience.

Having turned 20 last month, Takefusa Kubo is among the youngest in Hajime Moriyasu's Japan squad, but his rapid rise to elite level has already made the Real Madrid winger one of his country's most closely watched players. 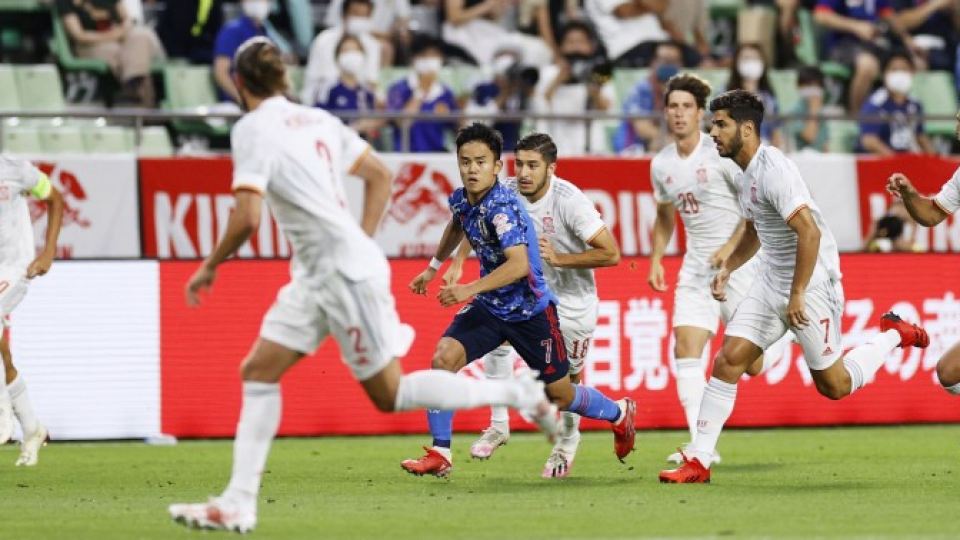 Takefusa Kubo (blue) of Japan is surrounded by Spain players during the first half of a men's football warm-up match for the Tokyo Olympics on July 17, 2021, at Noevir Stadium in Kobe, western Japan. (Kyodo) ==Kyodo

Kubo's playmaking skills were on display last Saturday as Japan drew 1-1 in a friendly with Olympic gold medal favorites Spain, dribbling incisively down the left wing and crossing to Ritsu Doan to set up the opening goal.

His performances for the club at junior level earned him the nickname "Japanese Messi," further fueling the hype around his future prospects.

When Barcelona were ordered to cut ties with foreign youth players as punishment for international transfer rule violations, Kubo returned to Japan in 2015.

Following an eye-catching stint in the J-League first division with FC Tokyo, he headed back to Europe in 2019. But instead of rejoining Barcelona, he signed with their archrivals Real.

He has spent his first two seasons with Real out on loan to other clubs in La Liga. At Mallorca, he was the standout player for a side eventually relegated from the top flight. 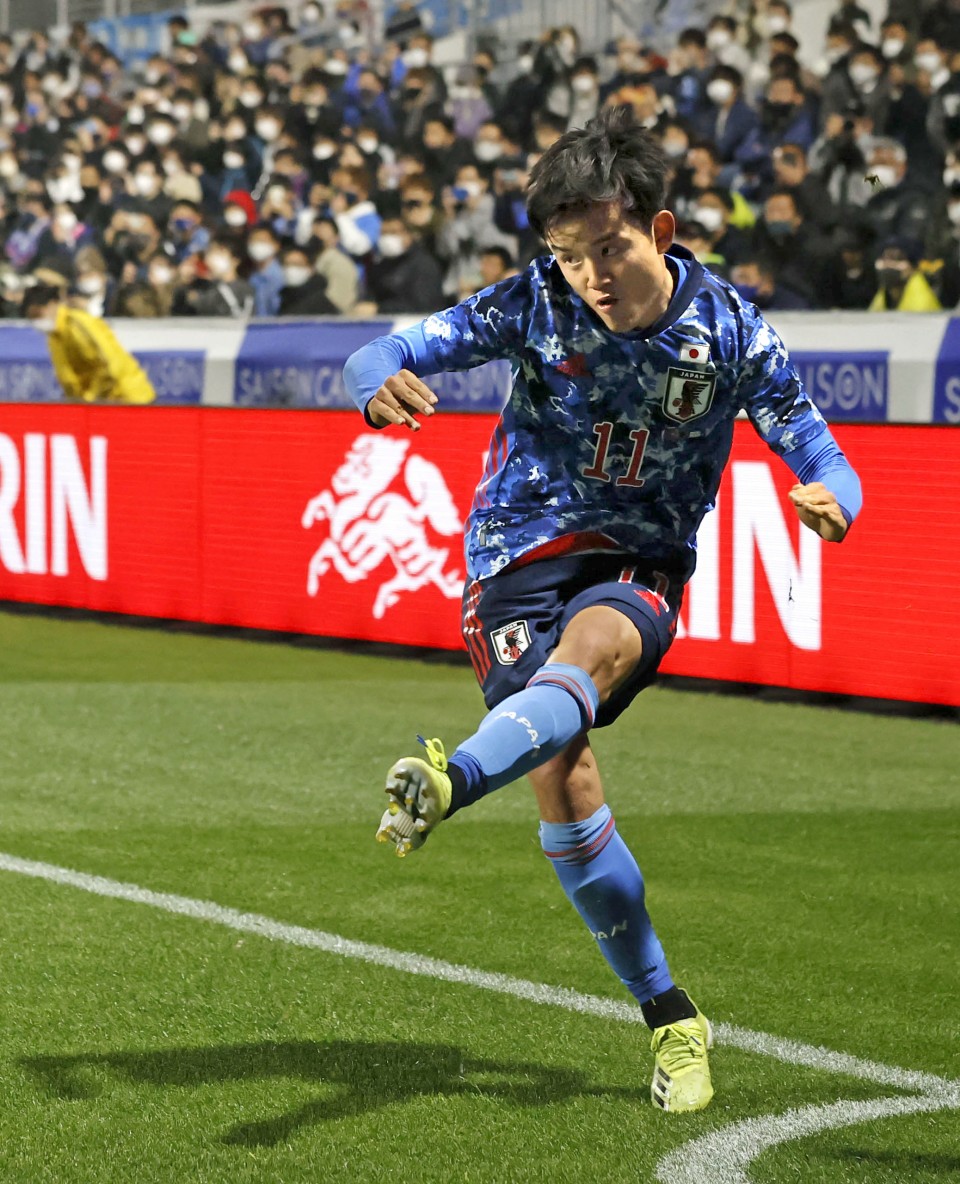 A subsequent loan move to Villarreal generated headlines, but Kubo's expectations of playing time were never met, and he switched mid-season to Getafe, where his minutes continued to be scarce.

Kubo ended the campaign on a high note, however, when he secured Getafe's top-flight survival by scoring a stunning late winner against Levante.

It is safe to say no other Japanese player has come under such intense scrutiny from such a young age. But having always played above his age group, the attacker exudes a confidence and maturity beyond his years.

When the viability of the Tokyo Games looked uncertain, following the one-year postponement prompted by the coronavirus, Kubo was asked about the difficulty of getting ready for the Olympics under such unprecedented conditions.

In an answer indicative of his single-mindedness, he simply said, "It is a player's duty to be prepared."

Olympics: DeChambeau tests positive for COVID, out of golf competition