Tokyo Olympics and Paralympics organizers held a press event Tuesday to show a replica of a microsatellite carrying model robots from the popular Japanese science fiction anime "Mobile Suit Gundam" to be launched next year for promoting the summer sports event.

The 30-centimeter-long, 10-cm-wide "G-Satellite" containing two robots from the animation series will be launched into space as a joint project with the Japan Aerospace Exploration Agency and the University of Tokyo when an unmanned cargo transporter is sent to the International Space Station in March. 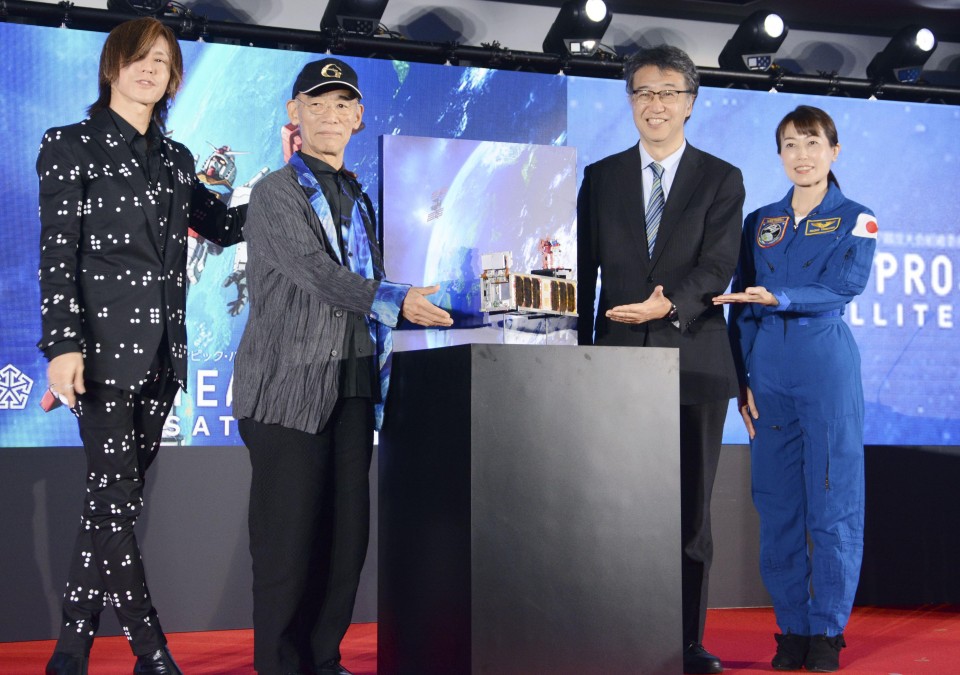 The satellite with an electronic bulletin board and seven small cameras will send back images of the model robots and messages displayed in English, French and Japanese after it is released into Earth's orbit, according to the organizing committee.

The organizers will share the images on social media.