Tourist boats operating in Tokyo Bay, including traditional roofed boats serving food and drinks, are worried that their business will be hurt when next summer's Olympics and Paralympics water games prevent them from operating on popular routes during the high season.

Measures to ensure security and water quality will limit their movements in the traditionally popular viewing spots off the Odaiba waterfront district, and boats will be forced to take new routes.

Between June 21 and Sept. 20, Olympics organizers will bar boats from the area where they will place underwater filter screens which they say are crucial to preserve water quality and protect athletes from E.coli. 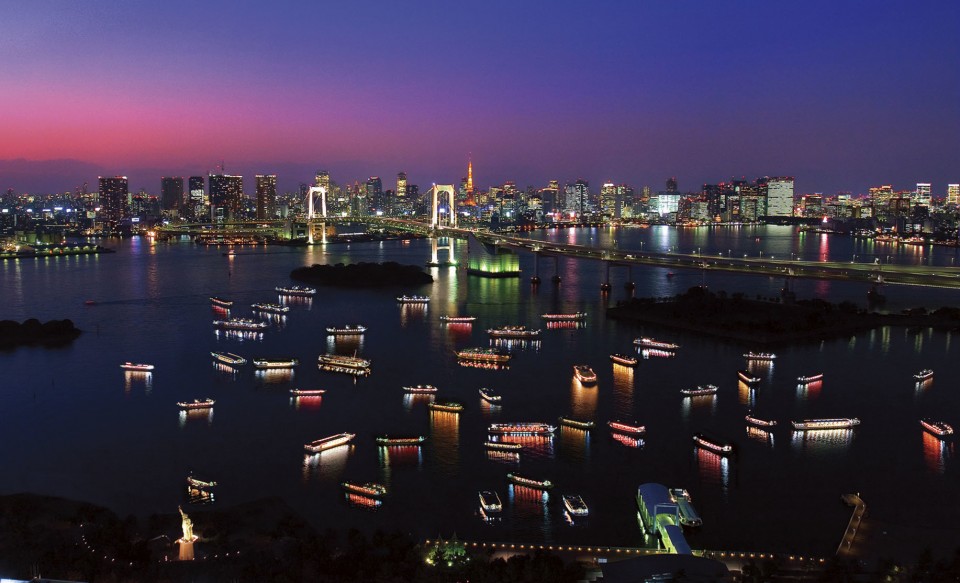 Traditional "yakatabune" boat companies make 60 to 70 percent of their annual profits between July and September. During that period, 70 to 80 such boats typically congregate in the area every night for cruises that show the Tokyo skyline and offer traditional cuisine.

"It is possible to remove the Odaiba course from our cruise options, but the effect will not be negligible," said Tsutomu Sato, the chairman of Tokyo Yakatabune Association, representing 35 yakatabune companies in the Tokyo area.

With fewer cruise options, yakatabune boats will be forced to squeeze through the same waterways as other tourist boats such as the Sumida River which runs through central Tokyo, increasing the risk of collisions.

Companies say they will also have to shoulder the cost of revising their website contents to reflect the changes in cruise options.

"I don't know if it will lead to a drop in the number of customers," Sato said, adding he is worried that some member companies may ask the association to find ways to help them ride out the tough times.

"We are still looking at how we could change our routes. We will cooperate with the Olympics and Paralympics organizers but we are worried about how this will affect our business," said a company official.