With her love of wheelchair racing still driving her to compete at the highest level, 17-time Paralympic track and field medalist Tatyana McFadden is hungry for multiple medals at the Tokyo Games next summer.

"I love racing. I really, really do love it. It's hard work and takes a lot of preparation," said the 30-year-old American, who is arguably the world's greatest female wheelchair racer of all time. 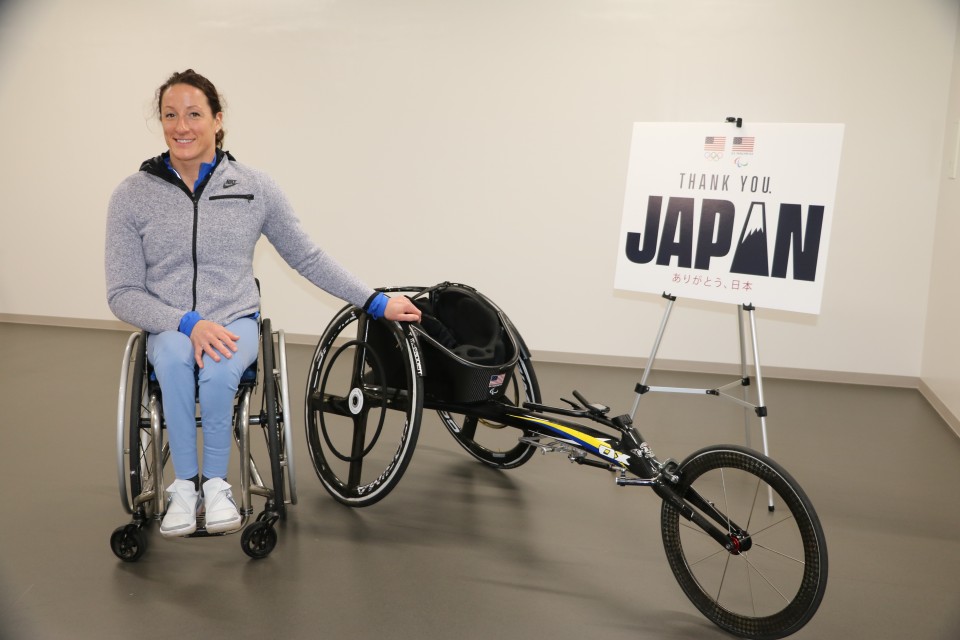 McFadden said her love of competition was behind her countless accomplishments in disabled sports and had also inspired her to set a "very ambitious" and "crazy" goal that will test her limits at the Tokyo Games.

"I'm already qualified for the marathon. So next year, I hope to qualify for the rest of the events," McFadden said.

The Tokyo 20202 Paralympics marathon will proceed in Tokyo as planned, while the Olympic marathon and race walk events have been moved to Sapporo, in northern Japan, to avoid the Japanese capital's severe heat in early August.

Asked about the heat, McFadden said, "I know it's amidst the Summer Games and I know it's going to be warm, but it's something that I am prepared for, and I'm continuing to get prepared for it."

Referring to the International Olympic Committee's decision to move the road events north, she said, "I know it was a tough decision to make, and I know they made it in the best interest of the athletes."

As for the Paralympics, McFadden said she is "really looking forward" to racing, but hopes the weather will be cooler by the time the marathon is held on the final day of the Aug. 25 to Sept. 6 games.

The starting time of the Paralympic marathon was changed to 6:30 a.m., 30 minutes earlier than originally scheduled, in the interest of athlete safety. 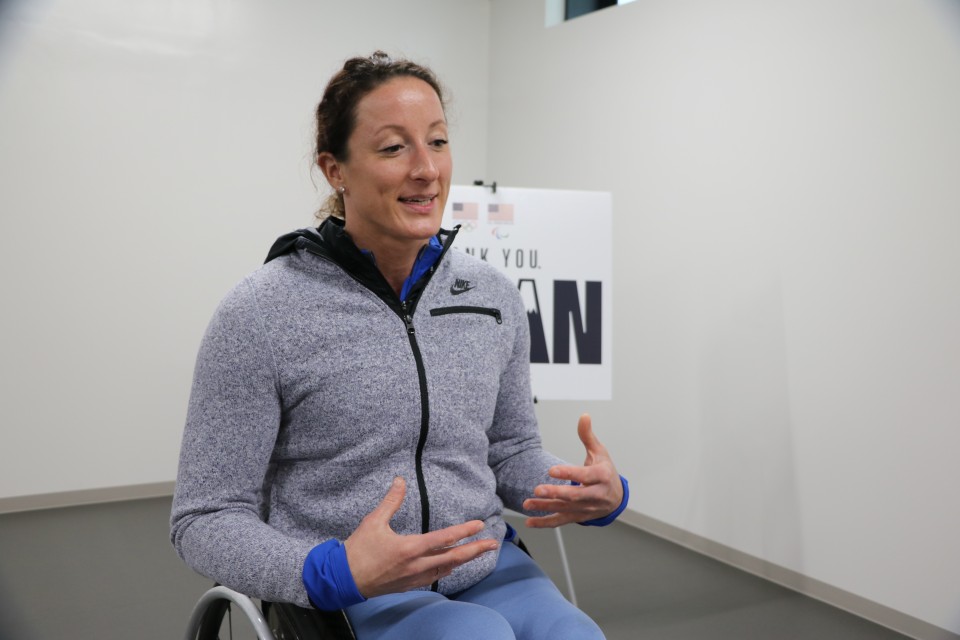 McFadden attended an exchange event in late November at the Okura Sports Center in Tokyo's Setagaya Ward, where the U.S. Olympic and Paralympic Committee's High Performance Center will be located, for the unveiling of upgraded athletic facilities with improved accessibility for people with disabilities.

American athletes will train there before and during the Summer Games.

Born in 1989 with a hole in her spine caused by spina bifida, McFadden tried a variety of sports: wheelchair basketball, downhill skiing, swimming, ice hockey, table tennis and track and field. But she fell in love with wheelchair racing.

"It was a way for me to get healthy and to be part of the community," said McFadden, whose parents drove her and watched her play sports every weekend.

Paralyzed from the waist down, she has competed at five Paralympics -- between Athens in 2004 and Rio de Janeiro in 2016 -- hauling in seven gold, seven silver, and three bronze medals -- while overcoming numerous challenges along the way.

After winning silver and bronze as a 15-year-old in Athens, she sued the school athletic system in her home state of Maryland for not allowing her to compete in a wheelchair alongside runners without disabilities.

"I decided to file a lawsuit for no money and for no damages, but for the right for equal opportunity for people with disabilities to join high school sports," she said.

McFadden said it had been extremely difficult for her as a teenager, with some people telling her she should go back to her home club, or that wheelchair racing was not running.

"(I thought) if I didn't do it, probably it won't happen. The next person is going to be suffering," she said.

The lawsuit is credited for the eventual enactment of a law in Maryland that requires schools to give disabled students equal opportunity to participate in interscholastic athletics.

It also paved the way for federal legislation that ensures students with disabilities across the country have equal access.

"So when my sister joined the high school, they treated her equally, and that's the most important thing," she said, referring to her younger sister Hannah, who is also a track and field Paralympian.

While noting improvements are still needed, McFadden is optimistic about the direction society is headed in terms of inclusiveness and equal opportunities.

"I'm not going to be in Paralympics forever but by the time I leave I want to make sure I left that legacy (in which) the doors have opened for many people," she said.

Asked about some distinctive features of the upcoming Tokyo Games, McFadden said the organizers had done an admirable job presenting the Olympics and Paralympics in a unified way.

"I think it was the first time in history where the Olympics and Paralympics are really, really talked about together," she said.

"I'm very excited for Tokyo 2020 and I think it's going to be the best Paralympics in history," McFadden said.

The exchange event she attended was part of Team USA's "Thank You, Japan" initiative, through which American athletes can express their gratitude to the Summer Games host nation, while experiencing its culture and interacting with Japanese athletes outside competition, according to the U.S. committee.

The initiative also aims to share the Olympic and Paralympic values with Japanese people, the committee said.