Kunieda, the winner of 28 Grand Slam titles and three Paralympic gold medals in the men's wheelchair singles, announced his retirement Sunday at age 38 while at the top of the world rankings. 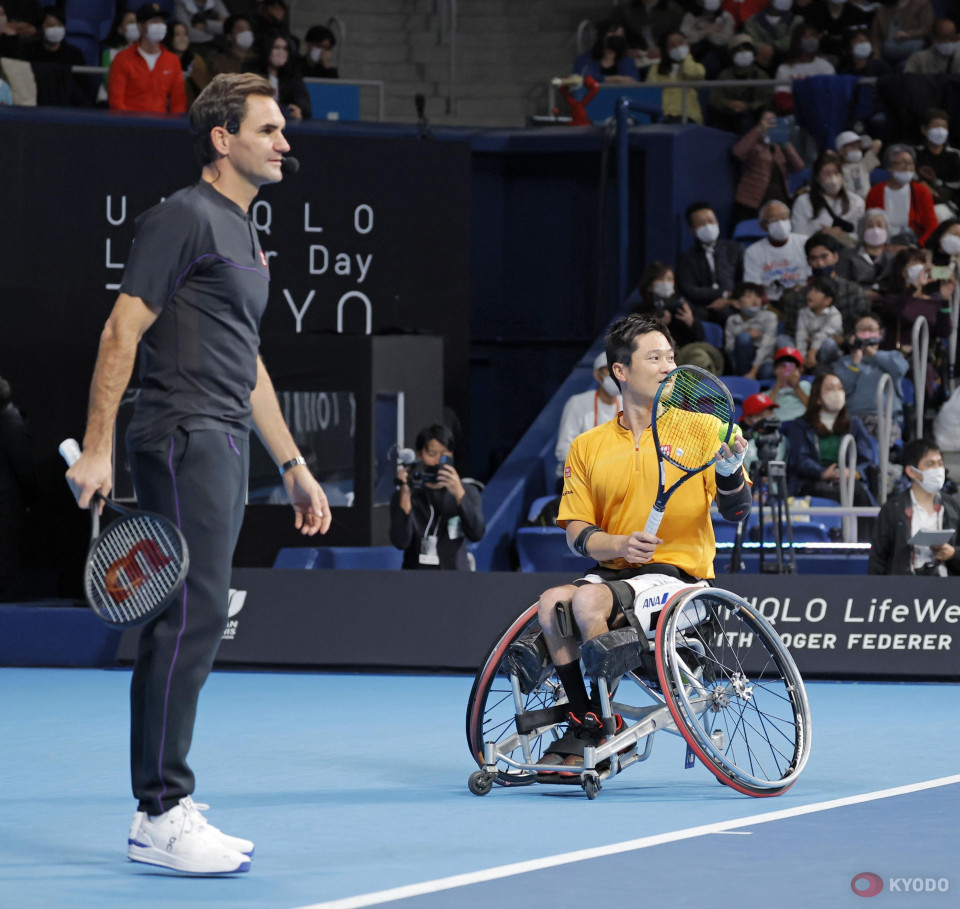 "What an incredible career," Federer said on his Instagram account. "It has been a privilege to watch you play and see you leave such an incredible mark on wheelchair tennis. Welcome to the retirement club."

Djokovic, who is in Melbourne in his bid to win the Australian Open for a record-extending 10th time, called Kunieda's career "amazing."

"Thank you for inspiring so many people," he said. 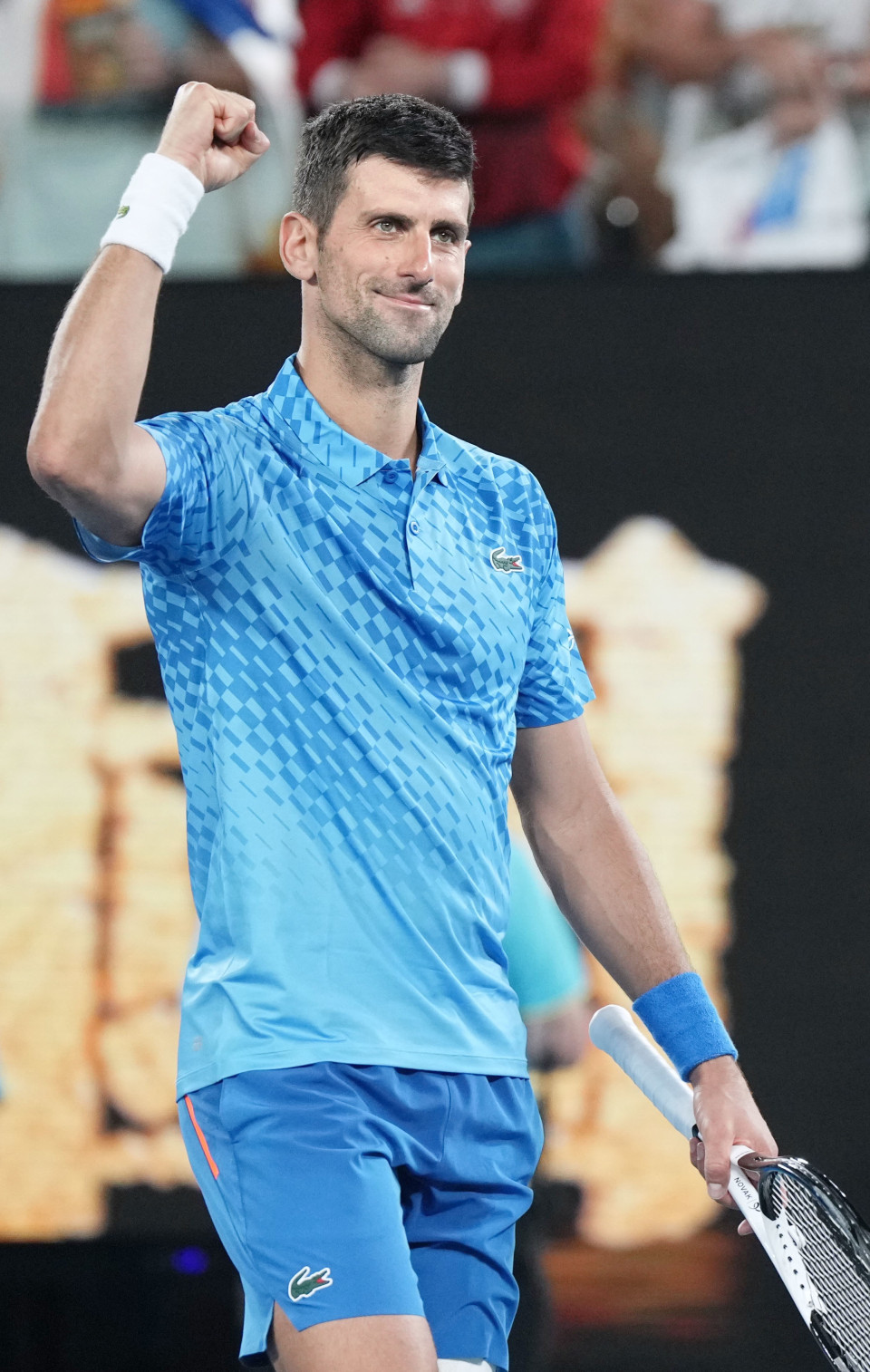 Serbia's Novak Djokovic celebrates after defeating Alex de Minaur of Australia in the fourth round of the men's singles at the Australian Open tennis tournament in Melbourne on Jan. 23, 2023. (Kyodo) ==Kyodo

Accolades for Kunieda also came from an up-and-coming Japanese wheelchair tennis player who wants to follow in the legend's footsteps.