Japan's Shingo Kunieda fell short in his bid to win all four Grand Slam titles in a year after losing the U.S. Open men's wheelchair singles final to Alfie Hewett of Britain 7-6(2), 6-1 on Sunday.

Japan's Yui Kamiji was also beaten in the women's wheelchair singles final, as Diede de Groot of the Netherlands came back to win her eighth straight Grand Slam title 3-6, 6-1, 6-1.

Top seed Kunieda and second seed Hewett traded two breaks before the Briton cruised in the tiebreak to win the opening set, while Kunieda failed to hold any of his four service games in the second. 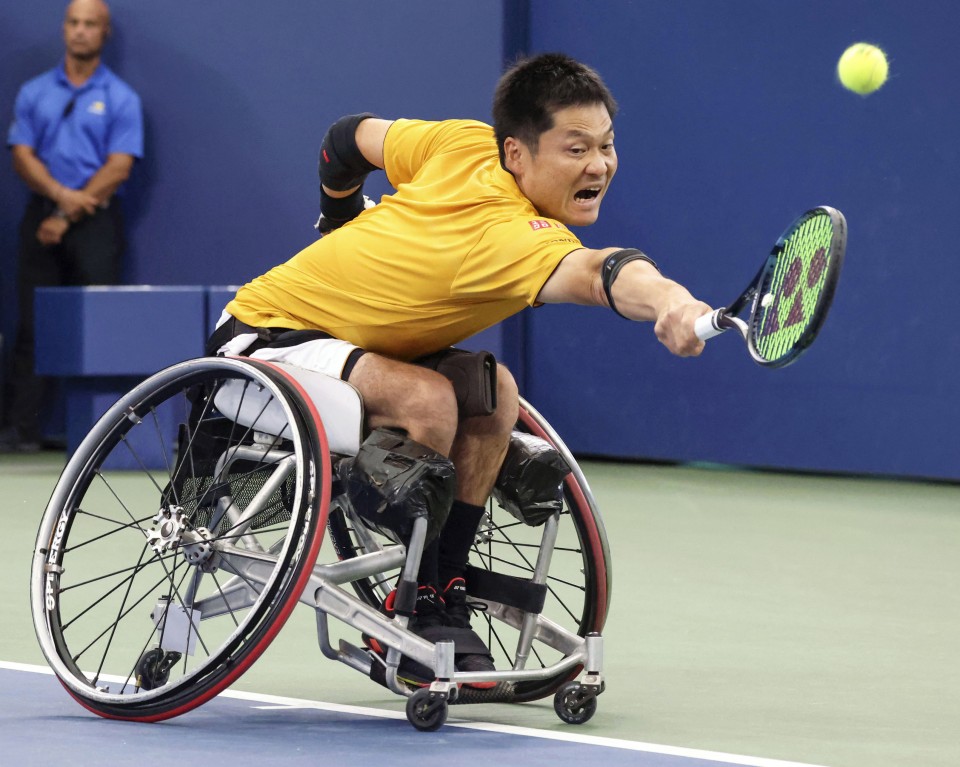 Shingo Kunieda of Japan plays against Alfie Hewett of Britain in the men's wheelchair singles final at the U.S. Open tennis tournament in New York on Sept. 11, 2022. (Kyodo) ==Kyodo

"His groundstrokes were definitely more accurate than mine. It was a comprehensive defeat in that sense," said Kunieda, who managed only 16 winners to Hewett's 39.

Kunieda won Wimbledon, the only Grand Slam he had not won before, in July to complete his career golden slam including Paralympic gold.

"I might have been slacking off a bit and the desire to win could have been a little stronger," said the 38-year-old Kunieda, as his run of four straight Grand Slams and back-to-back U.S. Open crowns came to an end.

"Losing at Grand Slams feels heavy. Losing on a big stage for the first time in a while is good in a way. I'm happy to have felt the frustration."

The 28-year-old Kamiji broke her opponent three times to take the first set, but top seed de Groot responded with four breaks to win the second. Second seed Kamiji broke to win the opening game of the third set before de Groot won the next six to clinch the title. 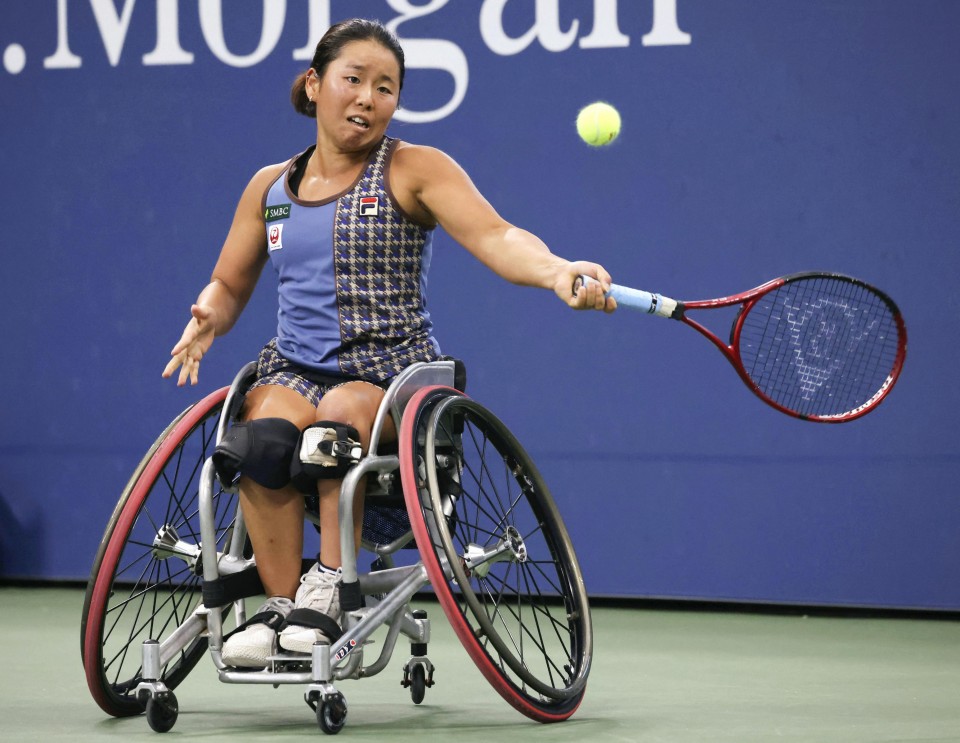 Yui Kamiji of Japan plays against Diede De Groot of the Netherlands in the women's wheelchair singles final at the U.S. Open tennis tournament in New York on Sept. 11, 2022. (Kyodo) ==Kyodo

"She was tense at the start and had lots of double faults. I needed to make her continue playing like that," said Kamiji, who has not beaten de Groot since February last year and lost in the U.S. Open final for the fifth straight time.