Emperor Naruhito offered greetings Monday in his first New Year's address in three years following a hiatus due to the coronavirus pandemic.

"After three years, I am very happy to celebrate the New Year with you all," the emperor told well-wishers from behind glass on a balcony at the Imperial Palace. "I hope that this year will be a peaceful and good year for all of you." 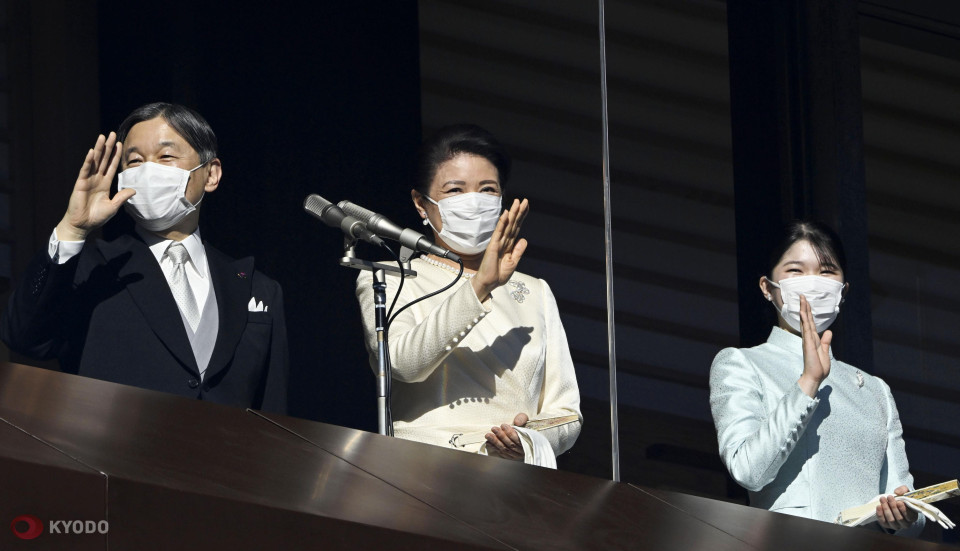 (From L) Emperor Naruhito, Empress Masako and Princess Aiko wave to well-wishers from a balcony at the Imperial Palace in Tokyo on Jan. 2, 2023. (Kyodo)

He was accompanied by his wife, Empress Masako, and other members of the imperial family. The couple's only daughter, Princess Aiko, who came of age in December 2021, joined the annual event for the first time.

A total of six greeting sessions took place during the day -- three in the morning and three in the afternoon. Of the roughly 9,600 people selected by lottery, 7,312 visited the palace.

The Imperial Household Agency resumed the New Year's address by the emperor as Japan has been cautiously easing rules on people's movements despite signs of a resurgence of the virus.

There is concern that infections and deaths related to COVID-19 will surge as travelers flood public transportation during the New Year's holidays. 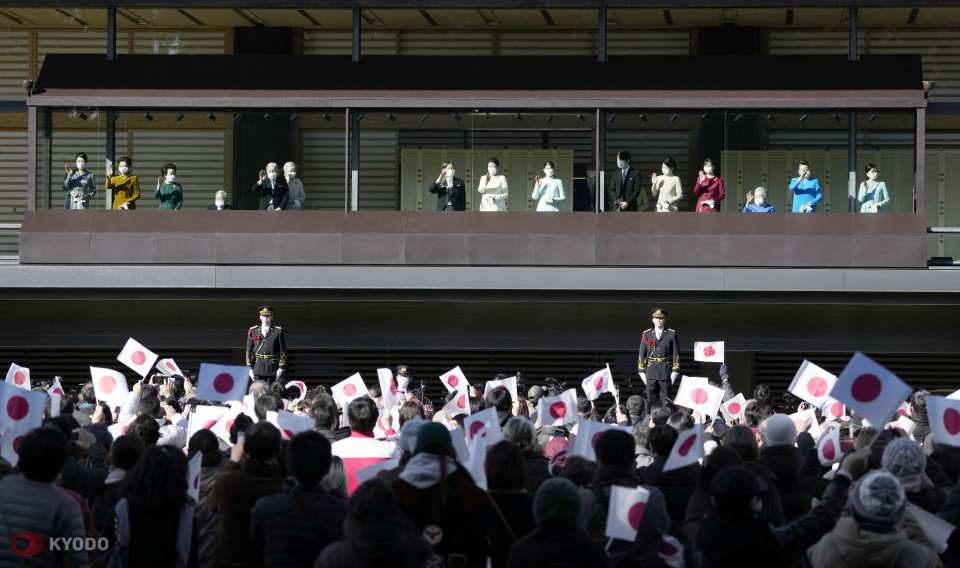 Emperor Naruhito, Empress Masako and other members of the imperial family wave to well-wishers from a balcony at the Imperial Palace in Tokyo on Jan. 2, 2023. (Kyodo)

IN PHOTOS: People celebrate New Year in Japan and beyond