Japanese Emperor Naruhito wishes for a year where people will be able to lead their lives with hope after one marked by the novel coronavirus pandemic and the Russian war in Ukraine, his New Year address released Sunday showed.

The 62-year-old took note of the many hardships people have gone through amid the continued impact of COVID-19, as well as a rise in commodity and energy prices. 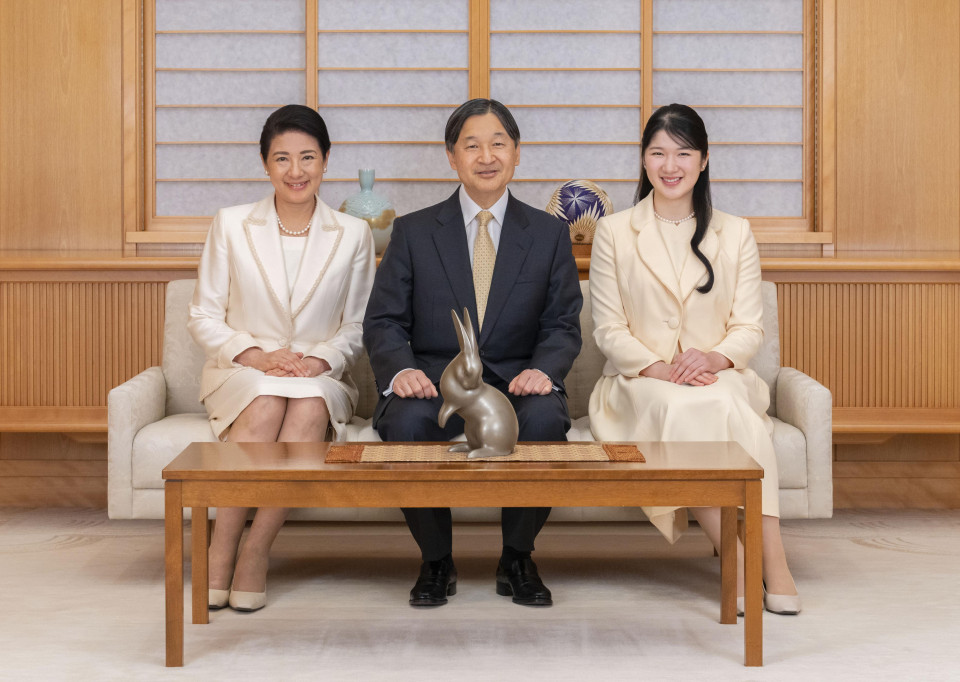 Emperor Naruhito, Empress Masako and Princess Aiko pose for a photo at the Imperial Palace on Dec. 23, 2022. (Photo courtesy of the Imperial Household Agency)(Kyodo)

"I wish for the new year to be one in which people in Japan and the rest of the world can walk with hope," he said in a statement.

The emperor said he feels "deep sadness for the many lives lost" in the wars and conflicts around the world, adding, "I strongly feel the importance of repeatedly holding dialogue to overcome differences in stances and working together with others in the international community."

He once again "took to heart the importance of peace" during his visit to Okinawa with Empress Masako on the occasion of the 50th anniversary of its reversion to Japan from U.S. rule after World War II, and prayed for those who perished in the Battle of Okinawa.

As he resumed his visits to the regional areas of Japan for the first time in about three years after the pandemic had prompted their suspension, the emperor thanked the public for warmly accepting him during his trips.

"I understand there are many difficulties, but I pray people will be able to keep supporting each other to overcome adverse situations," he said.

The imperial family is set to hold a public New Year greeting event at the Imperial Palace on Monday, the first in three years after cancellations due to the pandemic. Princess Aiko, the only child of the imperial couple, is also set to make her first appearance at the event.

With the normalization of social and economic activities in Japan, the official duties of the emperor and the empress are expected to pick up.

This year, the two are scheduled in June to visit Iwate Prefecture, which was hit hard by a major earthquake and tsunami in 2011, followed by visits to Hokkaido in September, and Kagoshima and Ishikawa prefectures in October.

Among other key events involving the imperial family, the couple will celebrate their 30th anniversary of marriage in June, while Princess Yuriko, the oldest member of the country's imperial family and widow of the late Prince Mikasa, is set to turn 100 the same month.

In December, Empress Masako will become 60, and former Emperor Akihito, who abdicated in 2019, will mark his 90th birthday.

As the coronation of Britain's King Charles III is slated for May, there is a possibility that members of the Japanese imperial family, which maintains close ties with the British monarchy, will attend the major event.