Shunning social media, Japan's imperial family has long been reluctant to open up about the daily lives of its members, but the year 2023 could be a turning point with the agency in charge of the family's affairs set to explore the potential use of social media platforms as part of a new approach to public relations.

With experts in agreement that an overhaul by the Imperial Household Agency of its communication style, including giving increased exposure to the family, is long overdue, the agency said in late December that it will set up a formal public relations office in April after its budget request to hire more staff was approved by the Cabinet.

Currently, the agency only has a single website as a direct interface with the public, where it posts images and statements related to the public appearances of imperial family members, including Emperor Naruhito and Empress Masako, a certain period after they take place. 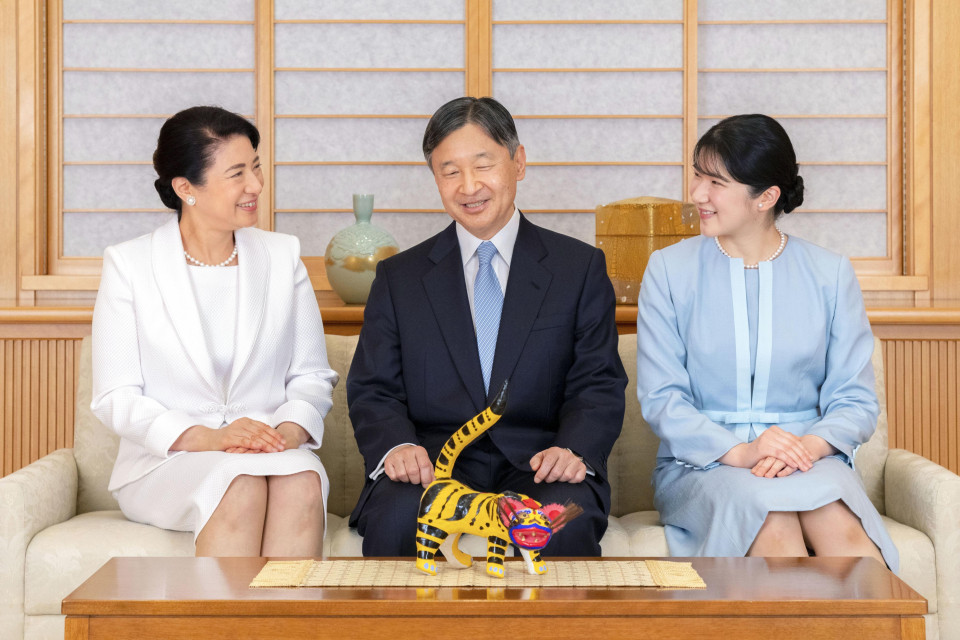 Emperor Naruhito (C), Empress Masako (L) and their daughter Princess Aiko gather at the Imperial Palace in a photo taken on Dec. 21, 2021. (Photo courtesy of the Imperial Household Agency)(Kyodo)

This approach contrasts sharply with the big online presence of European royal families, including the British royal family, which, in addition to websites, has accounts on Twitter, Instagram, Facebook, and YouTube, each with more than a million followers. All accounts are updated almost daily with images of royal family members making visits or meeting people.

Some conservatives in Japan are opposed to shining more of a light on the lives of imperial family members and bringing the emperor, once deemed a god, too close to the people. Under the Constitution, his role is defined as being "the symbol of the state and the unity of the people of Japan."

The emperor is also prohibited from making political remarks under the supreme law, a restriction that is believed to be one of the reasons behind the agency's reluctance to change its stance in transmitting information.

But Yohei Mori, a professor of media history at Seijo University with expertise in imperial family matters, says the agency's manner of communicating with the public "remains at the level of the first half of the 20th Century" in an age increasingly dominated by social media.

He said the agency believes people will fully and immediately understand if it communicates the right information in the right way and does not take into account the fact that there are always people who will not understand or will misinterpret it.

The family and the agency need to start repeating key messages so that more people can understand what they want to say, a style that has become more common with the spread of social media, he argued.

Naotaka Kimizuka, a professor of British political and diplomatic history at Kanto Gakuin University who has written books about the British royal family, agreed that the Japanese imperial family should have started utilizing social media long ago, especially earlier in the pandemic when people could not go outside.

He stressed the family should "even go as far as expanding their official duties" so they have more to communicate about to the public, calling them important figures in society who are capable of highlighting various issues.

The dearth of communication has apparently not worked in favor of the imperial family, as seen especially in the way Japan's tabloid magazines have covered the scandal involving former Princess Mako and her husband Kei Komuro.

After the two announced in 2017 their plan to get married, a dispute over money involving Komuro's mother was reported, causing a media frenzy and fueling talk on social media. It led to the postponement of their marriage until October 2021.

The imperial family and the agency chose not to refute the reports even though they were considered libelous, saying that calling out one report would make others appear true.

The former princess developed post-traumatic stress disorder, and her father, Crown Prince Fumihito, the younger brother of Emperor Naruhito, said in 2021 that the imperial family needed to consider "criteria to refute" fake news.

Although on his 57th birthday on Nov. 30 the prince expressed the view that creating such criteria would be "quite difficult," he said having imperial family members post information directly could be a more straightforward approach, echoing the agency's suggestion made at the time of its budget submission in late August that using social media is a possibility. 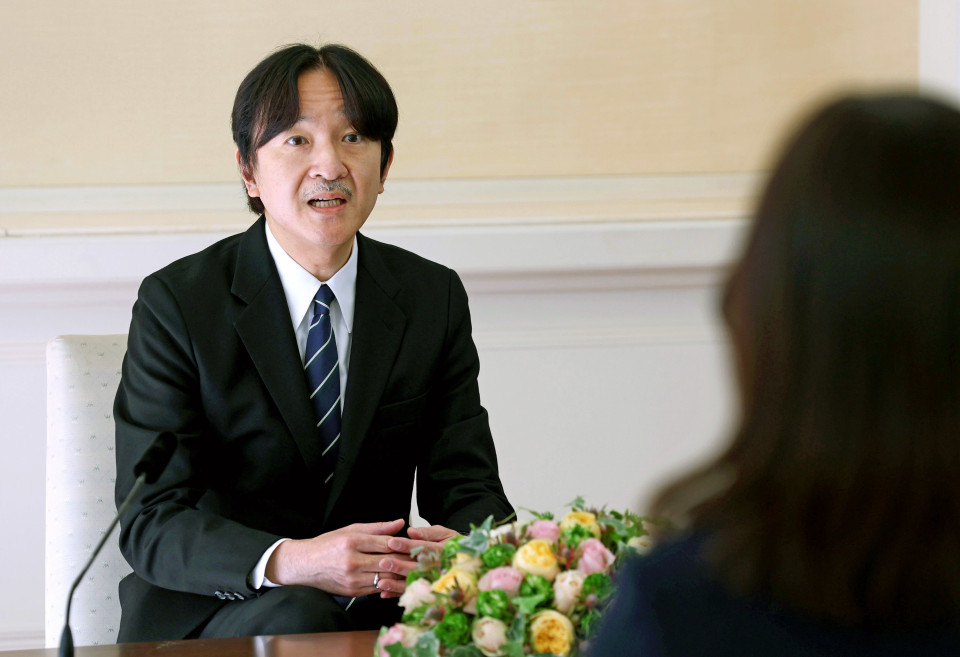 Japanese Crown Prince Fumihito speaks at a press conference at the Akasaka Estate in Tokyo on Nov. 25, 2022, ahead of his 57th birthday on Nov. 30. (Kyodo)

Outside Japan, the British royal family appears to be succeeding in its communication with the public through social media outlets after facing a backlash over the death of Princess Diana in 1997.

Kimizuka said their use of social media has also helped the family survive the recent scandal surrounding Prince Harry and his wife Meghan Markle's racism claims, allowing the family to celebrate the platinum jubilee of the late Queen Elizabeth in 2022 and see the public widely mourn the queen's death later in the year.

"In the 25 years after the scandals surrounding Princess Diana, the British royal family really worked on their communication," Kimizuka said, adding that publicizing the thoughts of the late queen, King Charles and other royals via social media has helped build a common understanding among the public.

Kimizuka warned that Japan's imperial family, already distant from the public and dwindling in number with fewer successors, could "disappear quickly" unless they establish themselves in people's consciousness through social media.

The number of imperial family members has been steadily declining as the 1947 Imperial House Law limits heirs to males and states female members lose their imperial status when they marry a commoner. Discussions on how to sustain the family have been repeatedly held by a government expert panel, although nothing has been decided.

Under the law, the number of heirs to the 62-year-old emperor has now been reduced to three -- Crown Prince Fumihito, his nephew Prince Hisahito, 16, and his uncle Prince Hitachi, 87. Princess Aiko, 21, the only child of the emperor, cannot succeed him due to the gender clause, although some have called for altering the rule to enable women to become heirs.

Mori said that although the imperial family's role is to be a symbol of the nation's unity, the succession issue has become a divisive one in society.

But better communication through social media could be a way to mend such a divide, he said, adding the agency and the family need to drop efforts to convey only the "right" image.

"People are talking about imperial family members as they like, even though they don't know what the members are actually thinking," Mori said. "The family members should show themselves from different angles" and show their human sides more to gain people's empathy.