A former Tokyo Olympic executive indicted four times on charges of receiving bribes in connection with the games was released Monday on bail after posting an 80 million yen ($603,000) bond.

Haruyuki Takahashi, 78, was released from the Tokyo Detention House after the Tokyo District Court decided earlier in the day that there was no risk of him fleeing or destroying evidence. 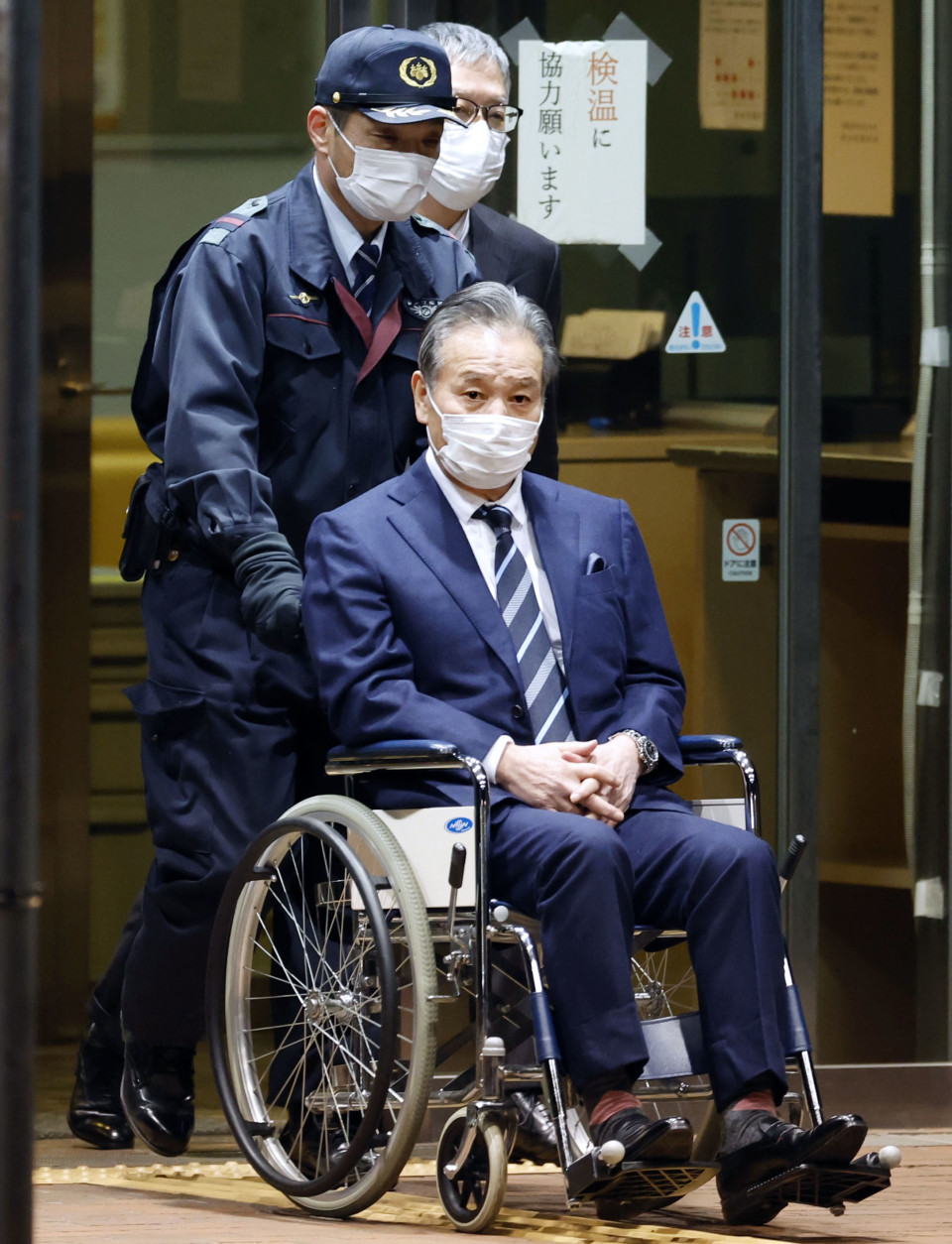 Former Tokyo Olympic executive Haruyuki Takahashi leaves the Tokyo Detention House in a wheelchair after the court granted him bail on Dec. 26, 2022. (Kyodo)

In the widening scandal that has tarnished the image of last year's Olympics and Paralympics, Takahashi has been accused of accepting bribes through five routes in return for helping companies be selected as a sponsor or a marketing agent of the global event.

He was first arrested on Aug. 17 for accepting bribes from business suit retailer Aoki Holdings Inc. and had been in detention for more than four months.

His lawyer had requested bail twice in November, but it was denied both times. The court is thought to have taken into consideration his poor health in deciding to grant him bail after the third request was made last Friday.

Wearing a navy suit, Takahashi was seen leaving the detention center Monday in a wheelchair before being picked up by a van.

The bribes allegedly received by Takahashi, who was a member of a now-defunct Tokyo Olympic organizing committee, total 198 million yen.

Takahashi has denied all charges by his latest indictment on Nov. 9, saying the payments were legitimate consultant fees or indicating he was unaware of some of the flow of the funds, according to sources close to the matter.

Prosecutors have indicted 15 people in connection with the case, with senior executives of two involved companies still in detention.

At the first court hearing for Aoki last Thursday, a former chairman and two other senior officials admitted to having bribed Takahashi.