Japanese prosecutors on Friday searched offices of ad giant Dentsu Inc. and an event company, and the home of a former Tokyo Olympic organizing committee senior official on suspicion of involvement in bid rigging for contracts related to test events ahead of last year's games.

The searches, joined by Japan's fair trade watchdog, followed a widening sponsorship bribery scandal over the Tokyo Olympics and Paralympics, also involving a former executive of the now-defunct committee that resulted in the raid of Dentsu's headquarters in July. 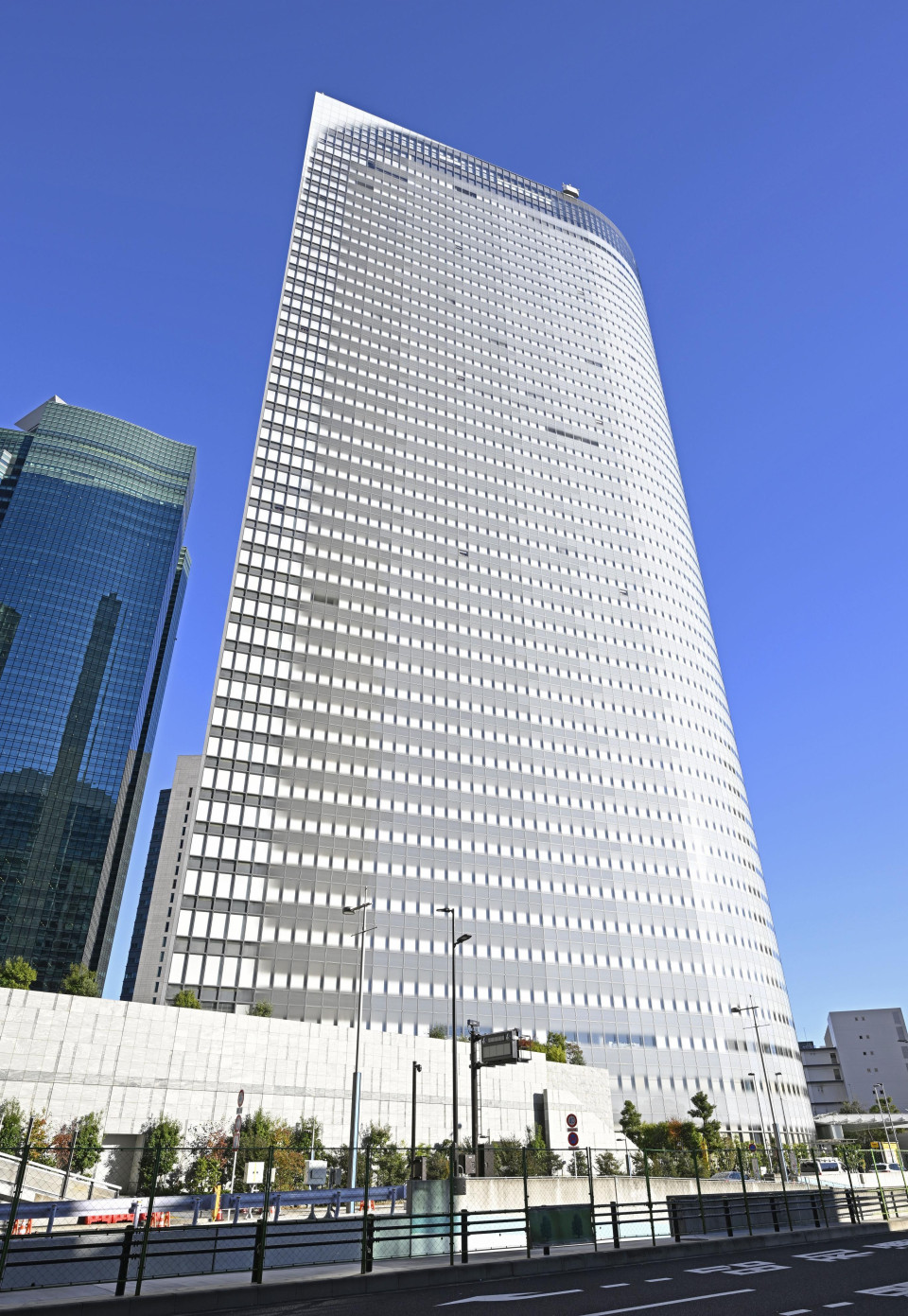 Photo taken on Nov. 25, 2022, shows the building housing the headquarters of Dentsu Inc. in Tokyo. (Kyodo)

The Tokyo prosecutors' special investigation squad and the watchdog suspect that members of the committee, including some from Dentsu and the event production firm Cerespo Co., conspired with companies to arrange successful bidders for more than 50 test events, said sources with knowledge of the probe.

The high-ranking official belonged to a test event management division of the committee's games organizing bureau, which designed the specifics of events suspected to have involved bid rigging, according to the sources.

The prior arrangements are said to have included committee members asking companies whether they are interested in taking part in the bids, according to the sources.

Rigging is suspected in the 26 open bids held in 2018 for the rights to plan 56 test events. These were awarded to nine companies, including Dentsu and Cerespo, as well as a consortium.

The amount of the contracts totaled more than 500 million yen ($3.6 million), with the price of each ranging from 4 million yen to 60 million yen, according to sources familiar with the matter.

The nine companies and one consortium eventually won contracts without a tender process to run the test events and competition venues during the Tokyo Games. The contracts were much bigger, possibly worth tens of billions of yen.

The test events -- held so organizers can check for potential problems with operations, security and guiding audiences -- were carried out between 2018 and 2021, before the Summer Games were held after a one-year postponement due to the coronavirus pandemic.

As for the latest allegations, the organizing committee, with assistance from Dentsu, had created a list of advertising agencies and event firms to categorize them into groups according to their respective experiences in each sport. The list is suspected to have been used in arranging successful bidders.

Dentsu won bids for planning five events for about 80 million yen, while Cerespo won another five for about 116 million yen on its own and one event under the consortium for 13 million yen.

Dentsu acknowledged being searched and said, "We apologize for causing trouble. We will fully cooperate with (the investigation)."

Tokyo Gov. Yuriko Koike said the searches were "very regrettable," adding she has instructed her government to fully cooperate with the investigation.

On Thursday, the metropolitan government separately launched a probe into the suspected bid rigging and plans to compile an interim report within this year at the earliest after holding hearings of officials involved in the test events.

The searches by the prosecutors and the Japan Fair Trade Commission came after another Japanese advertising agency, ADK Holdings Inc., reported to the watchdog that it had participated in bid rigging.

By reporting the alleged violation of the antitrust law and offering to cooperate with the watchdog, ADK is hoping for leniency in the form of a reduction in fines.

Following the report, the prosecutors recently launched an investigation into the bid-rigging case, in addition to the corruption scandal centered on the former Tokyo organizing committee executive, Haruyuki Takahashi, who used to work for Dentsu.

Takahashi is charged with receiving around 200 million yen in bribes from five companies, including ADK.