Japan's justice minister on Thursday came under fire for remarks widely seen as making light of his role in authorizing executions of death-row inmates, giving Prime Minister Fumio Kishida yet another headache in the wake of poor approval ratings for his Cabinet.

Yasuhiro Hanashi, who took the post in August, told a political gathering on Wednesday that the justice minister is a "low-key" post, saying it can "become a top story in daytime news programs only when stamping a seal on documents of execution" in the morning.

On Thursday night, Kishida suggested he has no intention to sack Hanashi, the day before he is set to leave Japan for around one week to attend international gatherings in Southeast Asia. 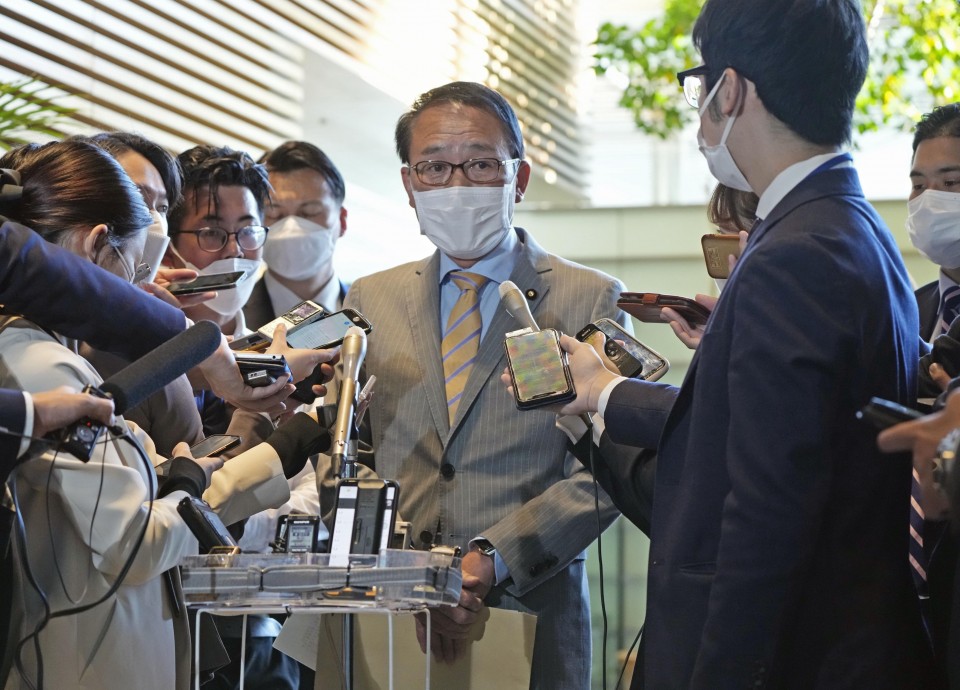 Hanashi, a lawmaker belonging to Kishida's intraparty group within the ruling Liberal Democratic Party, also said, "Serving as justice minister won't help raise much money or secure many votes," prodding critics to lambaste him for disrespecting the post.

The controversial remarks come at a time when the approval rating for Kishida's Cabinet has shown little signs of improving due to controversial ties between LDP lawmakers and the Unification Church as well as scandals related to other ministers.

Kishida told reporters Thursday that he warned Hanashi to "feel the significance" of his duties and speak "in a careful manner." The justice minister had made similar remarks involving "stamping a seal" in two meetings of Kishida's faction last month.

Opposition parties are expected to intensify their offensive against Kishida, and are likely to stall parliamentary debate and thwart his attempts to prop up public support by introducing economic measures to stem the negative impact of rising prices without wage growth.

Earlier Thursday, Hanashi apologized to Chief Cabinet Secretary Hirokazu Matsuno for having made the comments and for giving the wrong impression about the duties of the justice minister. Hanashi has since retracted his remarks.

But the minister drew criticism from both ruling and opposition blocs. Toshiaki Endo, chairman of the LDP General Council, the party's decision-making organ, expressed displeasure with Hanashi's gaffes, calling them "careless."

Meanwhile, Akira Nagatsuma, policy chief of the leading opposition Constitutional Democratic Party of Japan, said Hanashi is "unfit" to be justice minister and urged him to step down.

Hanashi's gaffes are set to provide ammunition to the opposition forces as Kishida's Cabinet, launched in October 2021, has faced a string of mishaps recently.

A survey conducted by Kyodo News in late October found that the support rate for Kishida's Cabinet remained relatively low at 37.6 percent, although it slightly rose from 35.0 percent in the previous poll earlier in the month.

A former police bureaucrat, Hanashi has yet to authorize any executions as justice minister.

Japan's capital punishment system has long drawn international criticism, with opponents calling for greater transparency in the timing of executions as death-row inmates are typically notified just hours before or not given prior notification at all. They also claim the procedure deprives death-row inmates of opportunities to reflect on their crimes.

Japan was among 18 countries in the world that carried out executions last year, according to the rights group Amnesty International. A total of 108 nations did not have the death penalty as of the end of the year, it said.

FOCUS: PM may survive despite minister's resignation over Unification Church