The support rate for Japanese Prime Minister Fumio Kishida's Cabinet rose slightly to 37.6 percent, a Kyodo News survey showed Sunday, even though he continues to deal with public dissatisfaction over accelerating inflation and criticism over his handling of issues related to the controversial Unification Church.

The approval rating was up from 35.0 percent in the previous poll conducted earlier this month, while the disapproval rating edged down 3.5 percentage points to 44.8 percent, according to the two-day nationwide telephone survey conducted from Saturday. 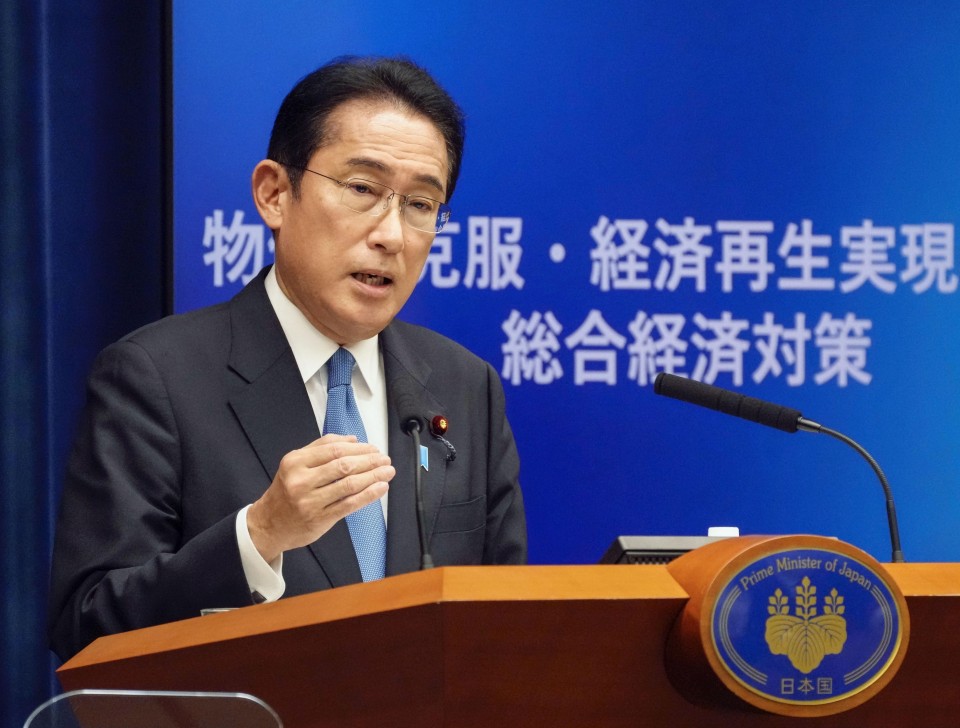 Despite the slight rise in approval, numbers still fell below the 40.2 percent and 54.1 percent polled in September and August, respectively.

Among those who answered they support Kishida's Cabinet, the majority, or 52.9 percent, said there were no other "suitable" candidates, up from 49.4 percent who answered similarly in the previous survey.

A total of 71.1 percent said they do not expect much from the government's economic package, which was recently unveiled in a bid to cushion the impact of rising inflation. Just 2.9 percent said they had hope, while 24.0 percent answered that they had "some" hope.

Kishida said Friday that the government will spend 29.1 trillion yen ($199 billion) under the economic package, featuring steps to cushion the impact of high inflation and support the economy amid a weaker yen, the COVID-19 pandemic and Russia's war in Ukraine.

A major pillar of the package will be reducing household utility bills.

A total of 29.8 percent said price hikes for items such as foodstuffs were "extremely" devastating, surging from the 19.3 percent who answered similarly in the previous survey, highlighting the rising impact on households.

Meanwhile, a total of 74.8 percent believe the ruling Liberal Democratic Party, led by Kishida, should expand its probe on its ties with the church to local assembly members, greatly exceeding the 21.8 percent who disagreed.

The latest poll showed 66.9 percent of those surveyed said the timing of Daishiro Yamagiwa's resignation from his post as economic revitalization minister was "too late," while just 20.9 percent stated it was appropriate.

Yamagiwa became the first minister to resign from Kishida's government last Monday, following criticism from the public and opposition party lawmakers for repeatedly failing to explain his links to the Unification Church, a religious group some call a cult.

Recent revelations about LDP lawmakers' links to the group have sparked concern that it may have sought to exert political influence.

A total of 49.3 percent answered they were against and 47.4 percent were in favor of a government plan to scrap health insurance cards in the fall of 2024 and integrate them into the "My Number" national identification system.

Nonpartisan voters accounted for 19.6 percent of the responders.