China reported record daily coronavirus cases of nearly 30,000 in the mainland Thursday, as the government continues to implement its stringent "zero-COVID" policy involving lockdowns in some 20,000 areas.

New cases, including asymptomatic ones but excluding international arrivals, stood at 29,754 on Wednesday, according to the National Health Commission, the highest figure since it began releasing the number in the spring of 2020. 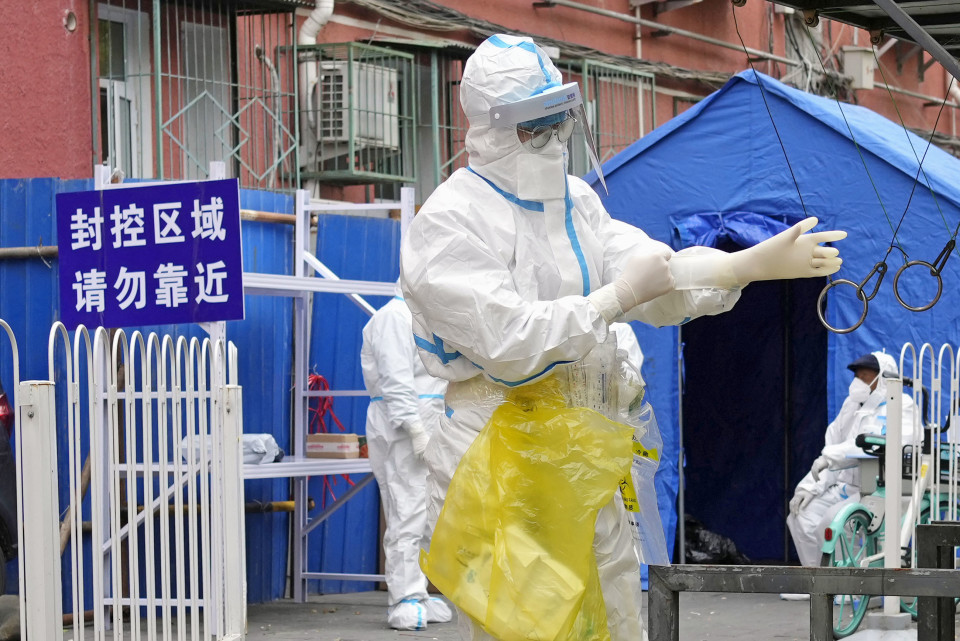 An official in protective gear stands in front of a building in Beijing where public access is prohibited due to COVID-19 cases on Nov. 22, 2022. (Kyodo) ==Kyodo

The previous high was recorded in mid-April, when Shanghai, the country's financial and commercial hub, was locked down. Many cases were reported in Guangdong Province, Chongqing, Beijing and Sichuan Province.

At an iPhone factory of Taiwan's Hon Hai Precision Industry Co., known by its trade name Foxconn, in the central Chinese city of Zhengzhou, hundreds of workers clashed with authorities clad in hazmat suits earlier this week as the employees sought bonus payments, video footage posted to social media showed.

The factory was hit by coronavirus infections in October, triggering an exodus of workers. The manufacturing company later promised bonus payments to secure its labor force.

Seeing maskless spectators at the soccer World Cup in Qatar, which started Sunday, on television, many citizens in China posted comments on social media questioning the nation's zero-COVID policy, but the comments were soon deleted.

Amid public frustration with the radical rules, the leadership of Chinese President Xi Jinping decided earlier this month to optimize COVID response measures to rectify the "one-size-fits-all approach and excessive policy steps," shortening quarantine periods, among other measures.

The Chinese government also said Monday it will refrain from implementing citywide lockdowns and instead blockade buildings where COVID cases are reported.

In Beijing, about 1,300 areas were locked down as of Wednesday evening. Commercial facilities, restaurants and schools have been shut down, with many working from home and students taking online classes.

Many streets in central parts of the capital were empty, but long queues formed at COVID testing sites as people must obtain negative certificates within 24 to 48 hours of attempting to access public spaces and major facilities. 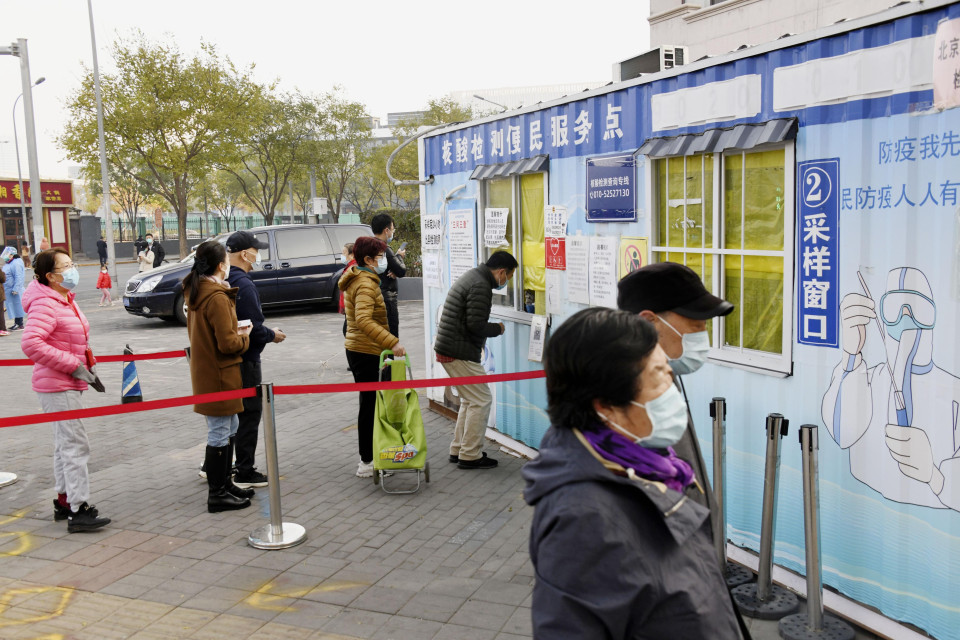