A major motor show originally scheduled to start on Nov. 18 in the southeastern Chinese city of Guangzhou is set to be postponed to stem coronavirus infections, an organizer said Wednesday, as China sticks to its radical "zero-COVID" policy.

The Guangzhou International Automobile Exhibition is a large-scale event at which major global automakers launch new models. The postponement is seen as being sure to affect the automakers' sales strategies. 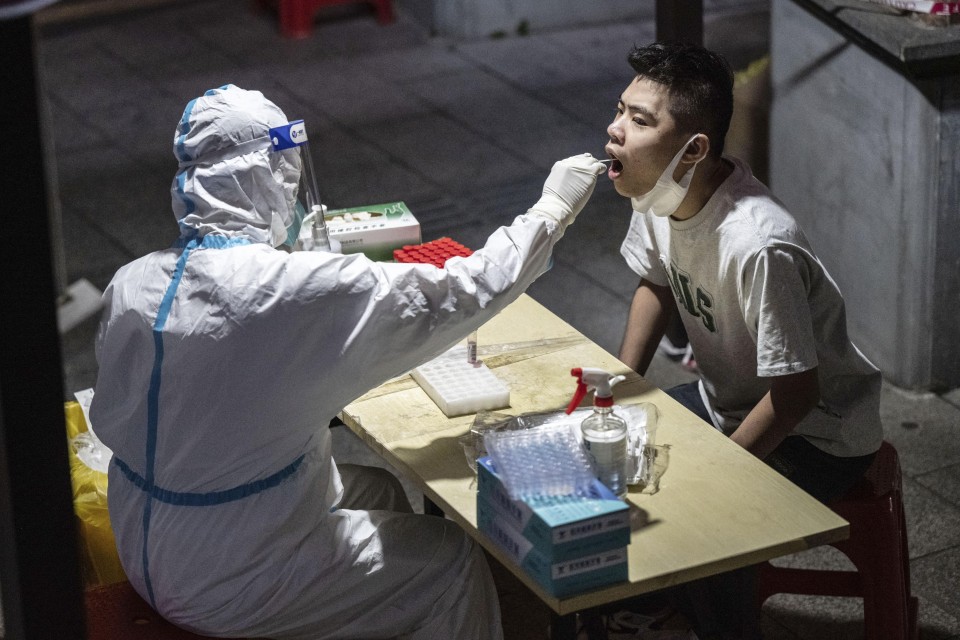 An industry source said a new promotion method, including wider internet usage, will be explored.

With Xi Jinping maintaining the stringent anti-virus measures after the start of his third five-year term as the ruling Communist Party chief last month, more than 200 million citizens in 28 cities across China have come under some form of lockdown as of Oct. 24, according to a unit of Nomura Holdings Inc.

The Chinese city of Dandong, which borders North Korea, with a population of over 2 million, implemented lockdown measures in its central areas Tuesday following the detection of one asymptomatic and several suspected COVID-19 cases.

In China, people living in areas under lockdown are banned from leaving their homes, making it difficult for them to procure adequate food and daily necessities.

An iPhone factory of Taiwan's Hon Hai Precision Industry Co., known by its trade name Foxconn, in the central Chinese city of Zhengzhou was recently locked down due to coronavirus infections, triggering an exodus of workers, according to local media reports.

The plant has around 300,000 employees, and some fled the compound on foot because public transportation was suspended in areas where COVID cases were confirmed.

Shanghai Disneyland was shut down Monday after one of its visitors was found to be infected with the virus, leaving many trapped in the park where a Halloween event was being held.

Those stranded had to take COVID tests and were told by the staff that they could not leave until they tested negative, according to some visitors.

Shanghai is set to host the annual China International Import Expo from Saturday. It features many foreign companies promoting their products bound for the Asian country's market, but the number of visitors is expected to fall sharply compared with last year due to the strict anti-virus measures.

The capital Beijing bans the entry of people from locations in the country where COVID cases have been found, leaving many residents unable to return and prompting citizens to refrain from traveling outside the city.

A Beijing-based Japanese company official, who decided against traveling to Shanghai for fear of having to quarantine, expressed frustration with the draconian steps, saying, "I wonder when these strict restrictions will be lifted."

On Tuesday, China reported about 2,750 COVID cases, including asymptomatic ones.

Although the number of infections is far lower than in other countries, the Chinese government has expressed worries about the heavy strain on its health care system if the virus spreads further.