Japan will exit the FIBA Women's Basketball World Cup in Sydney at the group stage following its 67-53 loss to France on Monday.

After one win and three straight losses, the Tokyo Olympic silver medalist's fate was sealed by Australia's 75-72 victory over previously unbeaten Canada, which ensured Japan cannot finish among the top four Group B teams who will advance to the quarterfinals. 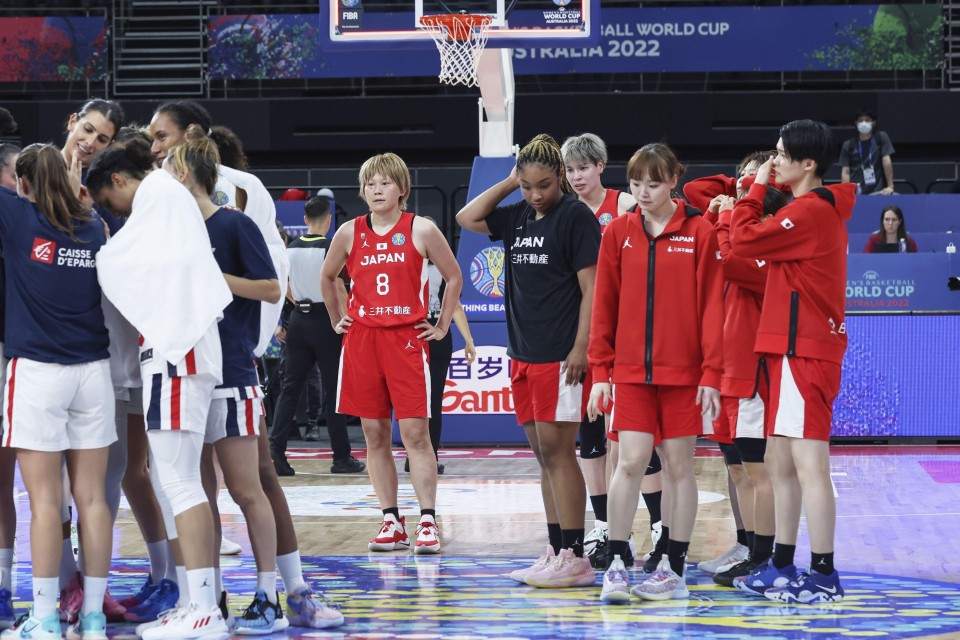 Coach Toru Onzuka's side battled closely with France before a fourth-quarter scoring drought took it out of the contest at Sydney Olympic Park Sports Centre.

Saori Miyazaki, with 13, was the only double-digit scorer for Japan, which managed just nine points after going into the final break trailing 48-44.

Japan opened the tournament with a win over Mali before taking back-to-back losses against Serbia and Canada. It will play its last group game against world No. 3 Australia on Tuesday.

In Group A, the three-time defending champion United States improved to 4-0 with a 145-69 dismantling of South Korea.