Japan paid the price for a sluggish first quarter against Serbia at the FIBA Women's Basketball World Cup on Friday, losing 69-64 after falling short with a late comeback.

Tokyo Olympic silver medalist Japan was forced to play catchup for most of the Group B game at Sydney SuperDome after trailing 24-9 at the end of the opening quarter.

Forward Maki Takada scored a game-high 15 points for world No. 8 Japan, while forward Jovana Nogic contributed 13 points as part of a balanced attack for 10th-ranked Serbia. 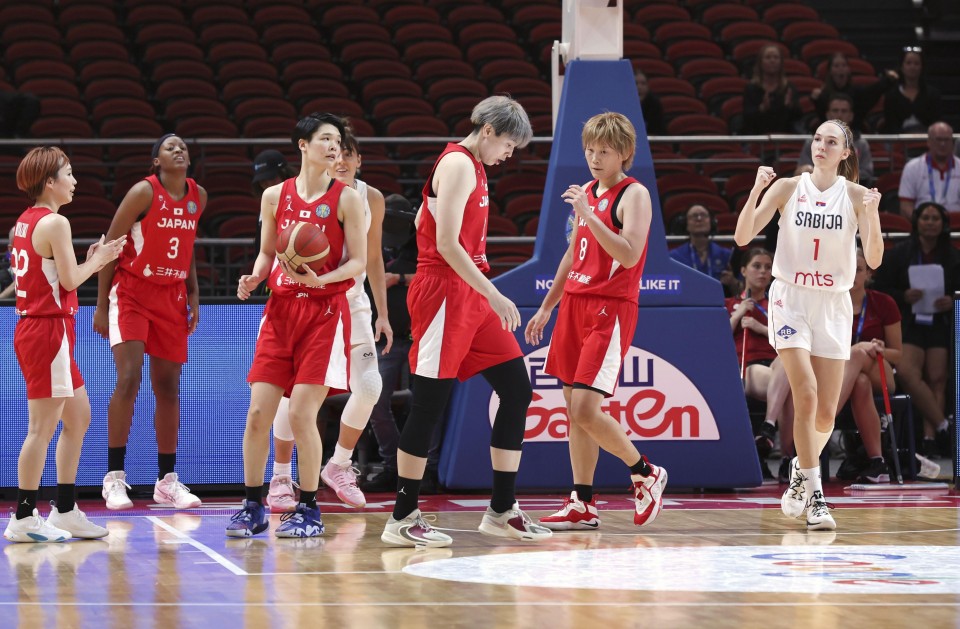 Himawari Akaho hit a pair of clutch free throws to cut Serbia's lead to 67-62 with 1:06 left, but it was close as coach Toru Onzuka's team got down the stretch.

The result leaves both teams with a 1-1 record following two days of group play in Sydney.

Canada stayed unbeaten in Group B with a 59-45 win over France, while the three-time defending champion United States demolished Puerto Rico 106-42 in Group A.