Aika Hirashita scored a game-high 17 points off the bench Thursday as Japan tipped off its FIBA Women's Basketball World Cup campaign with a comfortable 89-56 win over Mali.

Nanako Todo added 14 points and Stephanie Mawuli had 13 for the Tokyo Olympic silver medalist, which took control of the Group B clash at Sydney Superdome following a tight opening quarter. 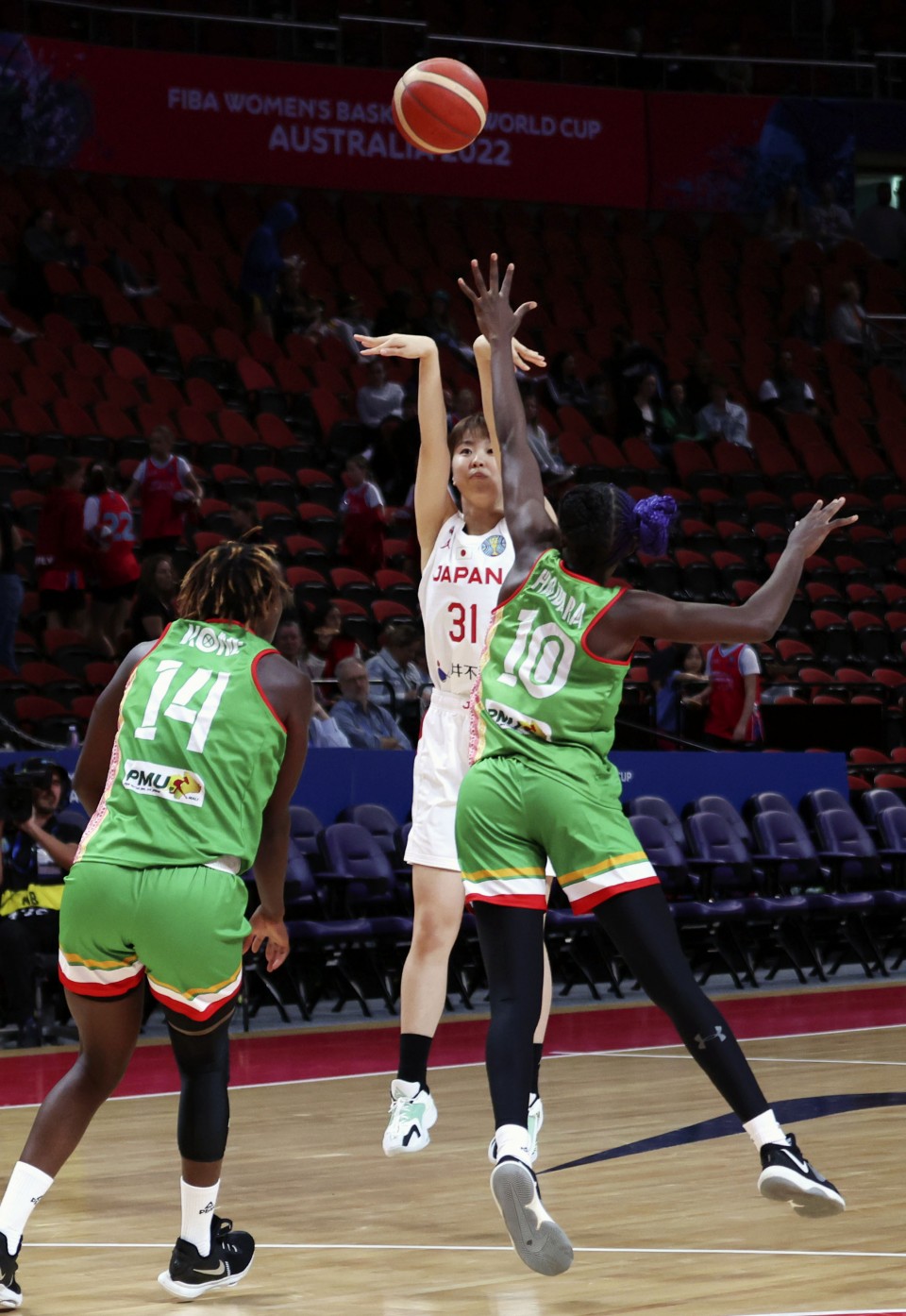 Japan's Aika Hirashita (white) makes a three-point shot in the first quarter of the FIBA Women's Basketball World Cup Group B match against Mali at Sydney Superdome on Sept. 22, 2022, in Sydney, Australia. (Kyodo)

World No. 37 Mali rebounded strongly and capitalized on second-chance opportunities to trail eighth-ranked Japan 21-18 at the first interval.

Coach Toru Onzuka's team found its rhythm in the second quarter and used its trademark fast transition game to pull away to a 47-29 halftime lead, with Hirashita leading the charge.

The 20-year-old small forward shot 6-from-9 from the field, including a stellar 5-from-6 from behind the three-point arc.

In other action on the opening day of the tournament, the three-time defending champion United States eased to an 87-72 win over Belgium in Group A.

The World Cup, contested by 12 countries divided into two six-team groups, runs through Oct. 1 in Sydney.