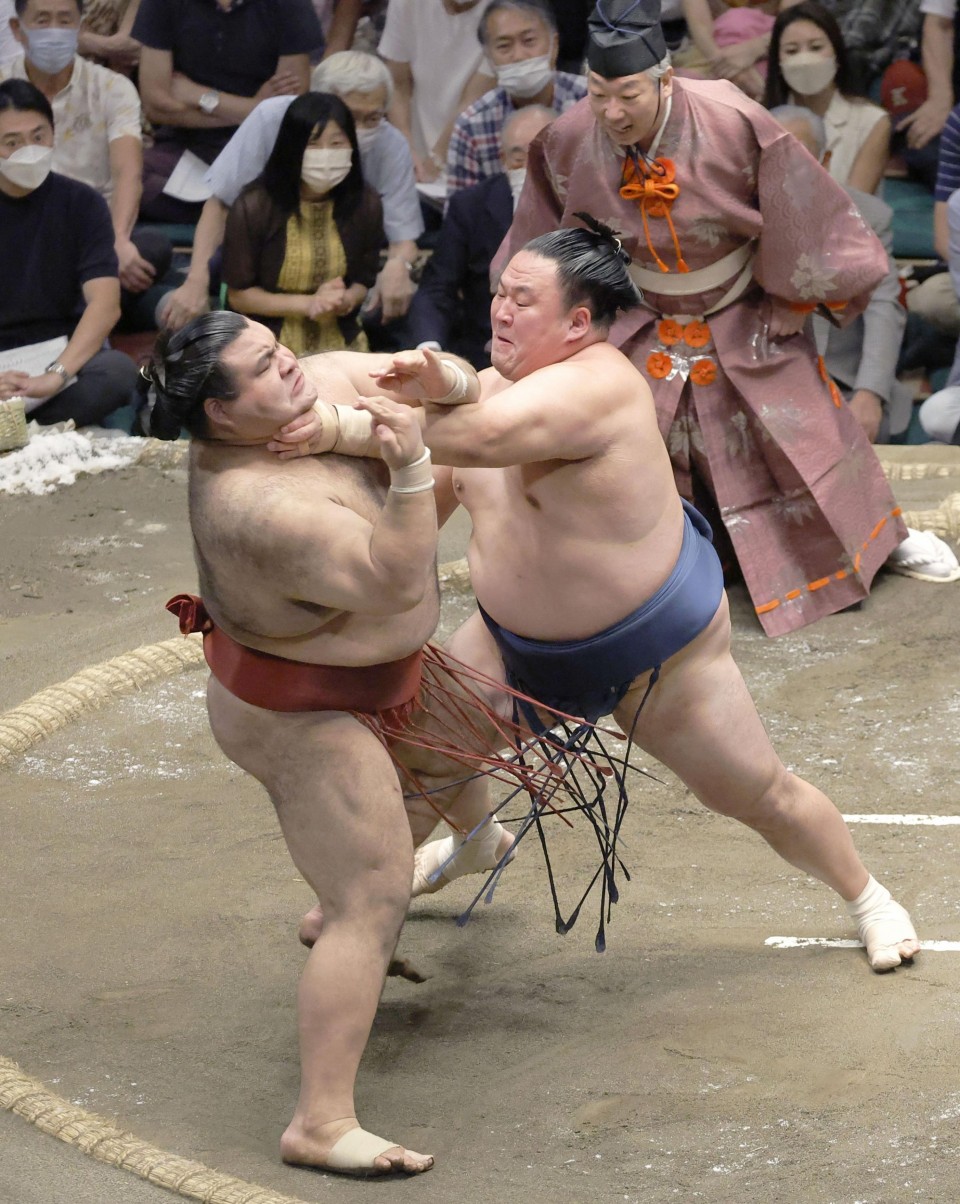 Both delivered strong opening charges before trading fierce blows, but it was former sekiwake Tamawashi who seized the momentum with shoves to the face and upper body of former ozeki Takayasu.

After knocking Takayasu off balance near the edge, the Mongolian iron man delivered a final push to send his opponent over the straw.

"We're always fighting each other (in training), we always give our best, and I'm very grateful (to beat him)," Tamawashi said. "I just wanted to make sure my bout was about my style of sumo, my go-to sumo."

At 37 years and 10 months, Tamawashi is the oldest Emperor's Cup winner under the current format of six grand tournaments per year, introduced in 1958. 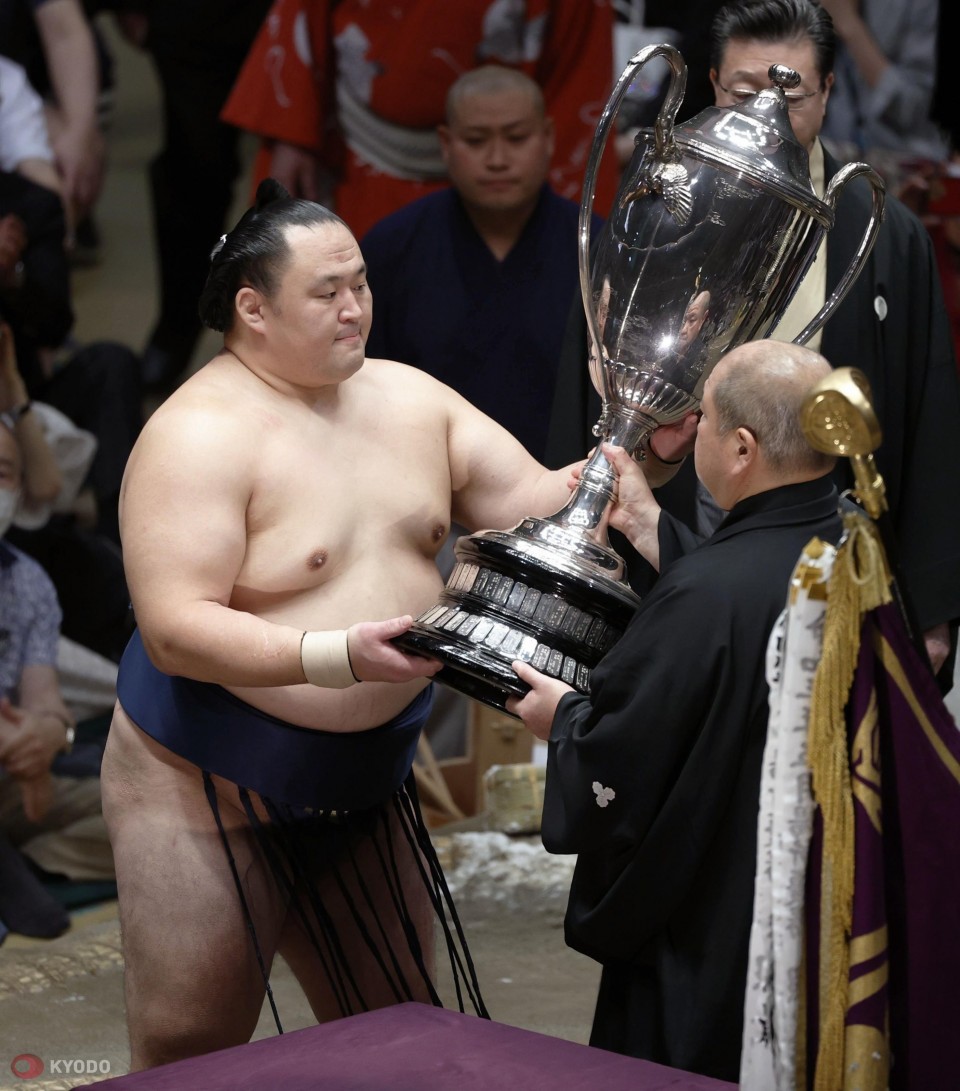 He received his second Outstanding Performance Award, having previously earned the prize while winning his first top-division championship as a sekiwake in January 2019.

"Every day, I was very nervous. The tension was there," Tamawashi said. "But I knew that everyone was cheering for me, so I really wanted to please them."

Takayasu, meanwhile, earned his sixth Fighting Spirit Prize for his strong showing after missing the entire July meet because of the coronavirus.

"I went into the (final) bout giving everything I could, but Tamawashi was strong," Takayasu said. "I have no regrets. It's just about the next tournament now."

The 15-day tournament was notable for the absence of lone grand champion Terunofuji (5-5-5), who withdrew after injuries to his troubled knees.

It was also marked by subpar performances from two of the three ozeki. Mitakeumi will be demoted from the second-highest rank to sekiwake, having finished the tournament at 4-11 following a loss to No. 6 Wakamotoharu (10-5).

Shodai (4-11), who will go into the next meet as a demotion-threatened "kadoban" ozeki for the third time this year, ended with a push-out loss to fellow ozeki Takakeisho (10-5).