Tamawashi remained alone atop the leaderboard despite taking his second loss of the Autumn Grand Sumo Tournament at the hands of fellow rank-and-filer Wakamotoharu on Thursday.

The Mongolian-born No. 3 maegashira maintained a one-win buffer at 10-2 after his nearest rivals coming into Day 12, No. 8 Hokutofuji and No. 10 Nishikifuji, were beaten by ozeki Takakeisho and No. 1 Tobizaru, respectively.

With his win, Tobizaru moved up to the second rung of the ladder alongside Hokutofuji, Nishikifuji and No. 4 Takayasu at 9-3 with three days of competition remaining at Ryogoku Kokugikan.

Tamawashi, who took the outright lead by beating Hokutofuji on Wednesday, could not budge Wakamotoharu (7-5) with a hand to his throat and was forced over the edge by the lower-ranked wrestler. 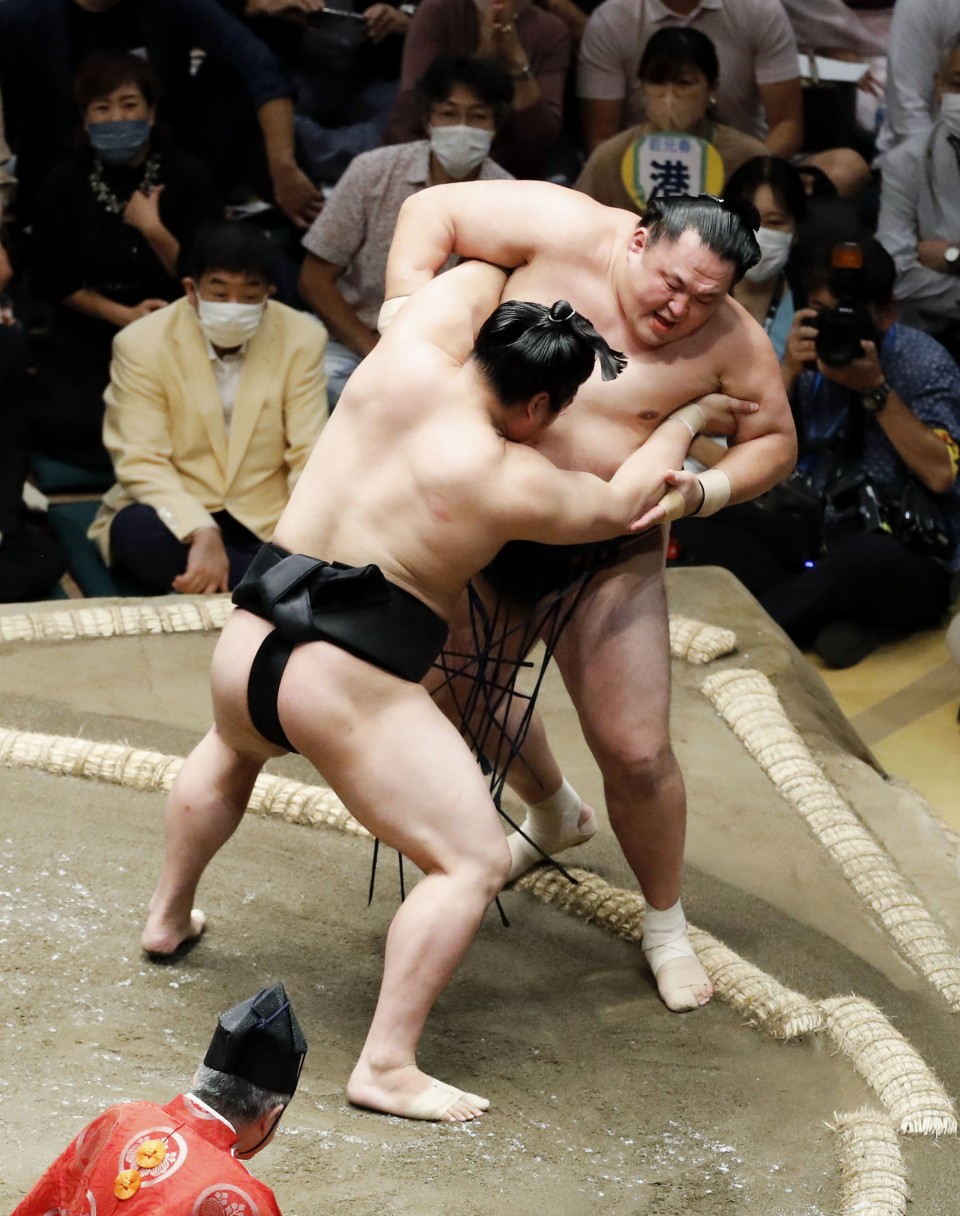 Tamawashi (R) loses to Wakamotoharu on the 12th day of the Autumn Grand Sumo Tournament at Tokyo's Ryogoku Kokugikan on Sept. 22, 2022. (Kyodo)

In an anticlimactic contest, Takakeisho secured a winning record at 8-4 after dodging Hokutofuji's opening charge and letting his momentum carry him face-first into the clay.

Tobizaru emerged victorious from a fierce battle with fellow maiden title aspirant Nishikifuji, pushing him out after the pair shoved each other back and forth across the ring.

The two exchanged a series of heavy blows, with the former ozeki delivering thrusts to his opponent's face, neck and chest before dragging him to the clay. 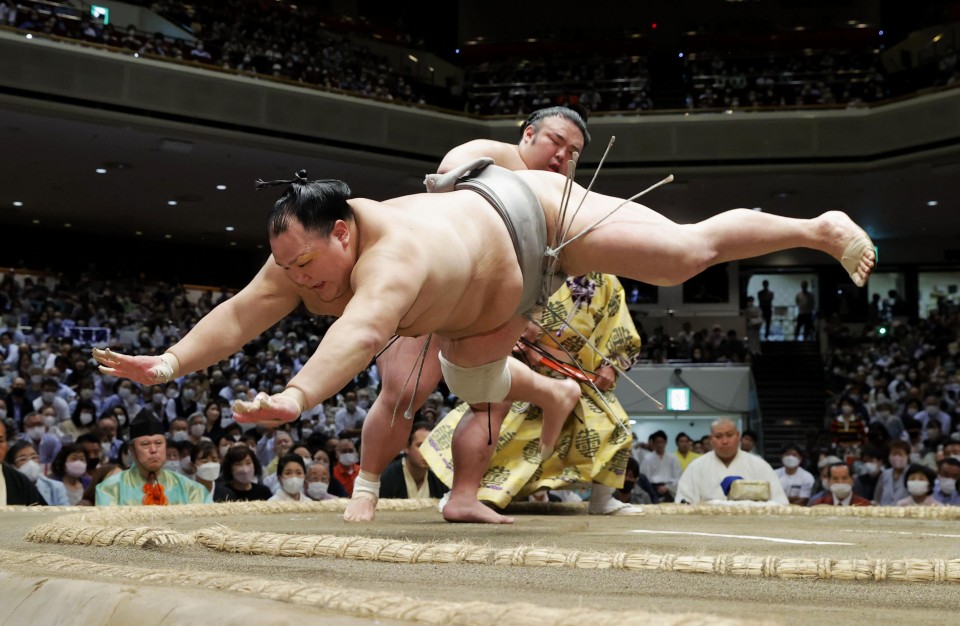 Takakeisho (back) beats Hokutofuji on the 12th day of the Autumn Grand Sumo Tournament at Tokyo's Ryogoku Kokugikan on Sept. 22, 2022. (Kyodo)

Young Mongolian-born star Hoshoryu (6-6) kept his sights on a winning record in his first tournament as a sekiwake by outmaneuvering beleaguered ozeki Shodai (2-10).

Shodai, who will fight as a demotion-threatened "kadoban" ozeki for the third time this year at the next meet, drove forward from the jump, but Hoshoryu countered with a stunning headlock throw at the edge of the ring.

Ozeki Mitakeumi, who will contest the next tournament as a sekiwake after accumulating a losing record while fighting as kadoban, improved to 4-8 by thrusting down No. 4 Nishikigi (5-7) after the pair were made to re-do their initial bout.

Sekiwake Daieisho staved off a losing record at 5-7 by thrusting out No. 5 Sadanoumi (7-5).