No. 3 maegashira Tamawashi moved to within one win of his second top-level championship at the Autumn Grand Sumo Tournament after blowing away No. 1 Tobizaru on Saturday.

Improving to 12-2 on Day 14, the 37-year-old Mongolian iron man will head into the final day at Ryogoku Kokugikan with only one remaining challenger for the title, No. 4 Takayasu (11-3), who defeated sekiwake Hoshoryu. 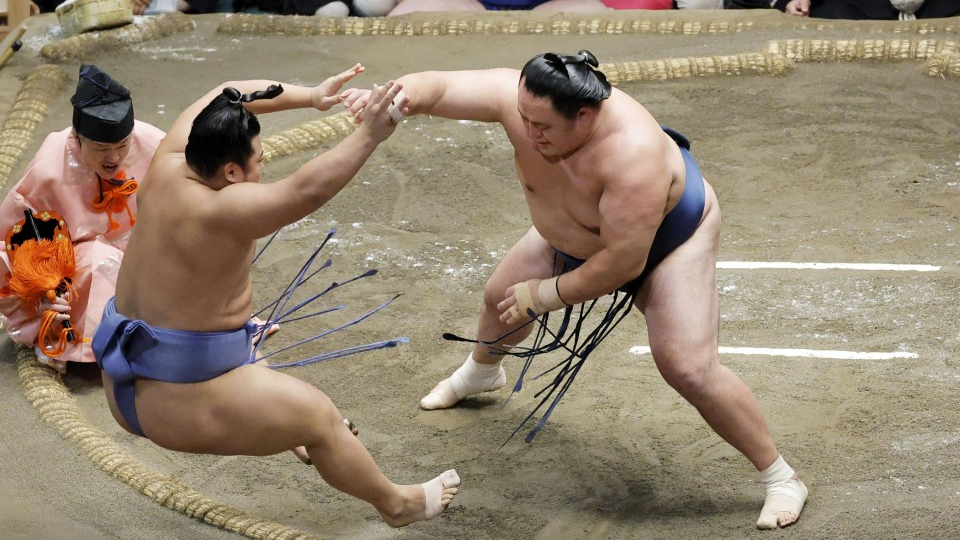 Tamawashi completely overpowered fellow rank-and-filer Tobizaru (9-5), knocking him backward at the jump and then sending him tumbling out of the ring with a two-handed shove.

Needing a victory to stay in the running for his first Emperor's Cup, former ozeki Takayasu pulled down rising Mongolian star Hoshoryu (7-7), who must fight for a winning record on the last day.

Takayasu and former sekiwake Tamawashi have yet to meet at the 15-day tournament, setting the stage for a dramatic final-day battle. 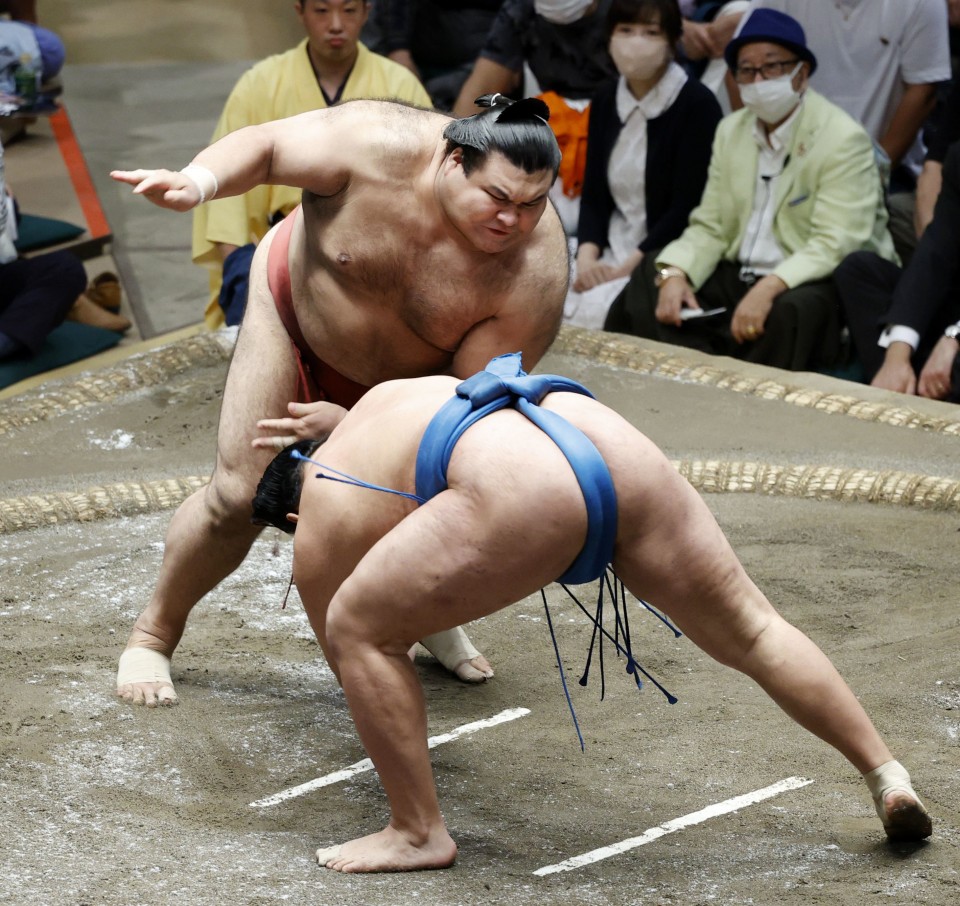 No. 8 Hokutofuji (10-4) earlier dropped out of title contention with a loss to sekiwake Wakatakakage (10-4), who stayed low and prevented the maegashira gaining his desired grip on the way to a force out.

Ozeki Takakeisho improved to 9-5 by winning a high-intensity bout against one of the tournament's impressive performers, No. 10 Nishikifuji (9-5), with a thrust down.

Komusubi Kiribayama (8-6) earned his all-important eighth win by slapping down No. 3 Ura (7-7) and is assured of staying among the three elite "sanyaku" ranks below yokozuna at the next meet.

Ozeki Mitakeumi (4-10), who will be demoted to sekiwake for the next meet, continued his forgettable run of results with a force-out loss to No. 6 Endo (7-7).

Ozeki Shodai, who will enter the next tournament with demotion-threatened "kadoban" status, forced out No. 5 Takarafuji (4-10) to improve to 4-10.