A Kyoto man has spoken of his surprise and delight after discovering a curious-looking frog in his rice field on his eldest son's birthday.

The 41-year-old civil servant from Kameoka was harvesting rice when he came upon a sky blue frog jumping around the paddy on Sept. 4. 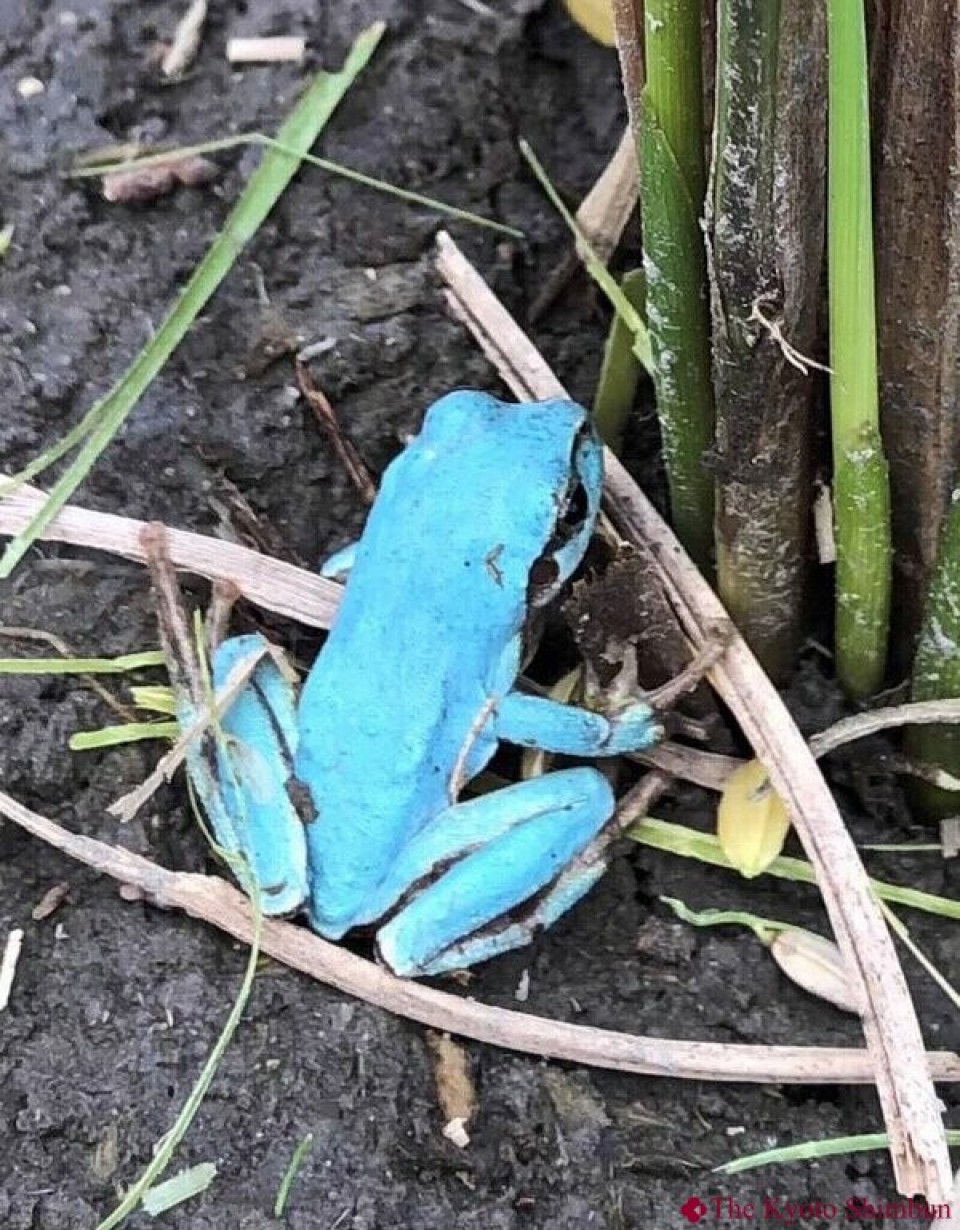 Photo shows the blue frog shortly after it was discovered in the rice field. (Photo courtesy of the finder)

The Japanese tree frog is normally green, but this one appears to have congenitally lacked the yellow pigment and turned blue.

Although it is the bluebird that is considered a symbol of joy in many cultures around the world, the man said he hoped that the blue frog would be a harbinger of happiness for him and his son.

Coincidentally, the man had only just seen a blue Japanese tree frog on display during a visit to Kinosaki Marine World in Toyooka, Hyogo Prefecture, the day before his discovery.

"I was surprised that there was one in my field," said the man. "It was my son's birthday too. Maybe it's a sign of good things to come."

Children cheered and jumped around gleefully when the man's son took the frog to his nursery on Sept. 5. However, frogs are difficult for amateurs to raise and as the blue frog's body had started to turn black, the man released it back into the rice field where he had found it. 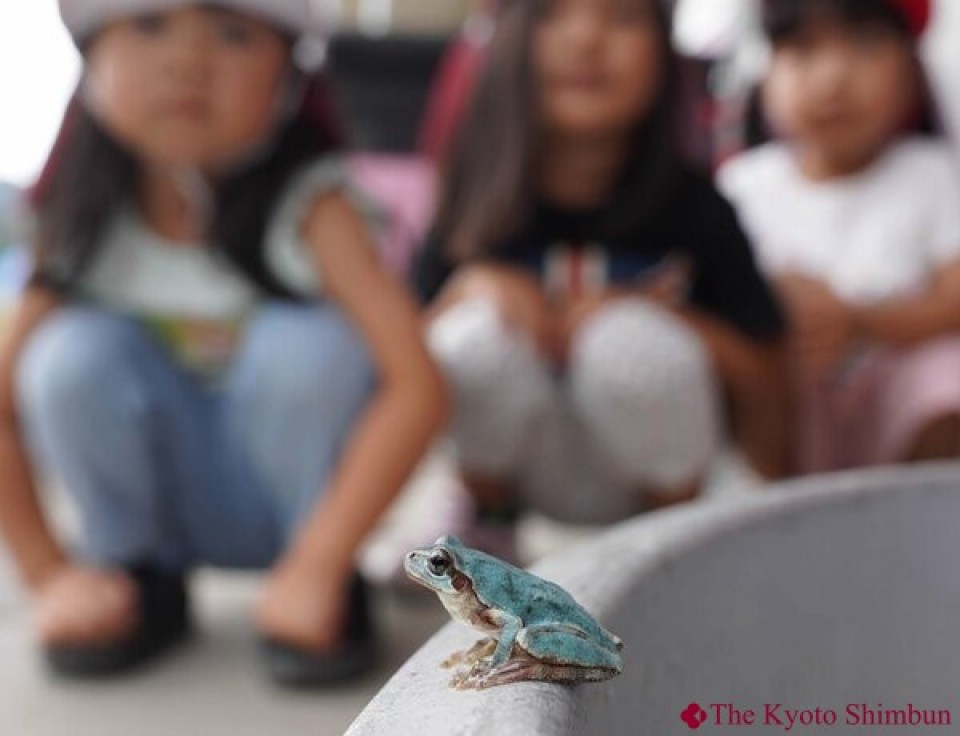 The blue frog is shown to nursery children. The frog's body has started to darken the day after its capture.

The breeding manager at Kinosaki Marine World said, "Stressful situations and an unfamiliar environment can cause the frogs to turn black, so if people find them, they should leave them alone."

Kyoto festival parade to return after 2-yr lull amid pandemic