With Japan sizzling under scorching temperatures this summer, a greenery association in Kyoto Prefecture's Nagaokakyo has planted a large "green curtain" of "goya" bitter gourd vines in a popular park to provide shade to locals.

Under the 150-square-meter curtain of vines at Nishiyama Park, the intense summer heat is vastly reduced as the leaves block the strong sunlight and prevent the ground and walls from becoming hot. 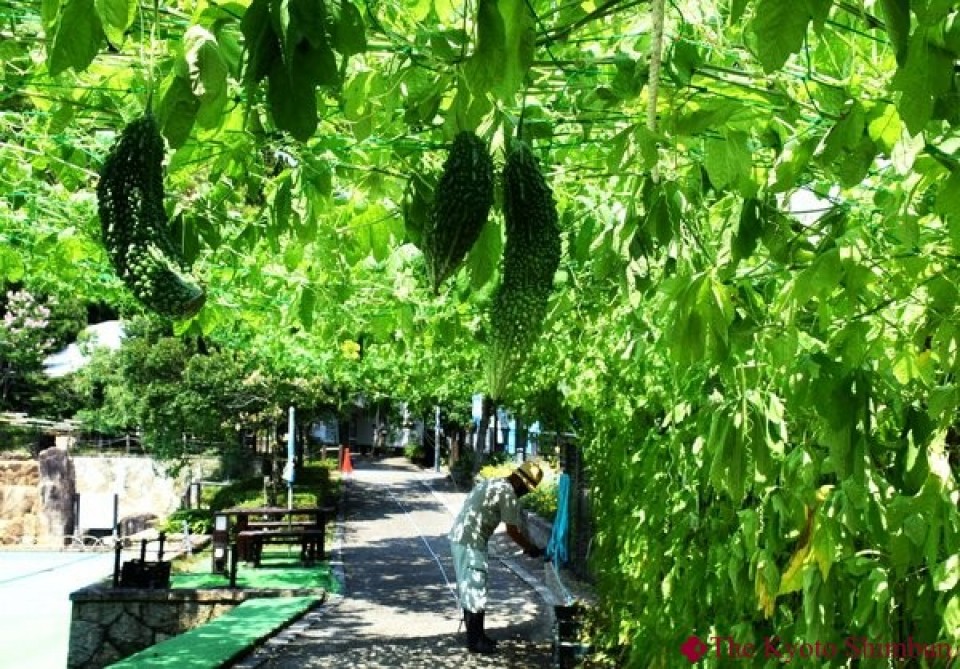 Evaporation of moisture from the leaves also lowers the surrounding temperature, helping to reduce the use of air conditioning, while the plants absorb carbon dioxide, a greenhouse gas, during photosynthesis, contributing to the slowing of global warming.

The Nakaokakyo greenery association set up the curtain on the south side of the park's greenhouse and on the promenade near the splash pool. The association is also distributing goya seedlings to local residents and holding a green curtain growing contest.

"More and more people are taking part in the project as they can enjoy the goya flowers and eat the gourds as well," an association representative said.

Bitter gourds, also known as bitter melons, are rich in vitamin C. They are often eaten in summer as they are believed to help lower body heat.

Kyoto festival parade to return after 2-yr lull amid pandemic

Ukrainian evacuee thanks Kyoto university for chance to study