A woman who evacuated from Lviv, western Ukraine, following the Russian invasion of her country has been hired to work as an assistant English teacher at a public high school in Kyoto, western Japan.

"I want to do my best," Anastasiia Horoshko said at the city hall as she attended an appointment ceremony on June 6 to work at Hiyoshigaoka High School. 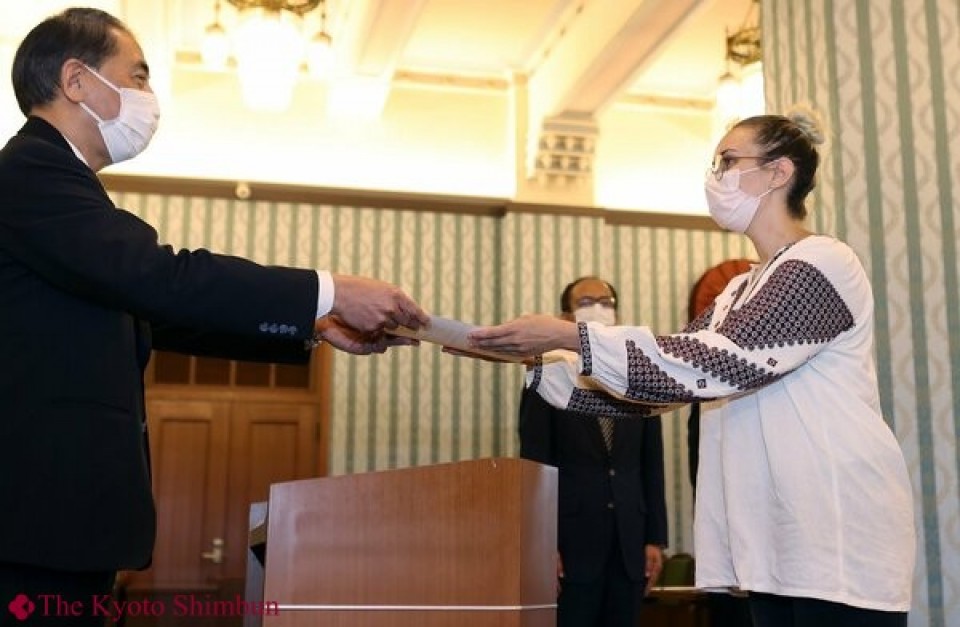 The 29-year-old, who has an acquaintance living in Kyoto, said she studied English literature at university and graduate school while working for a trading company. 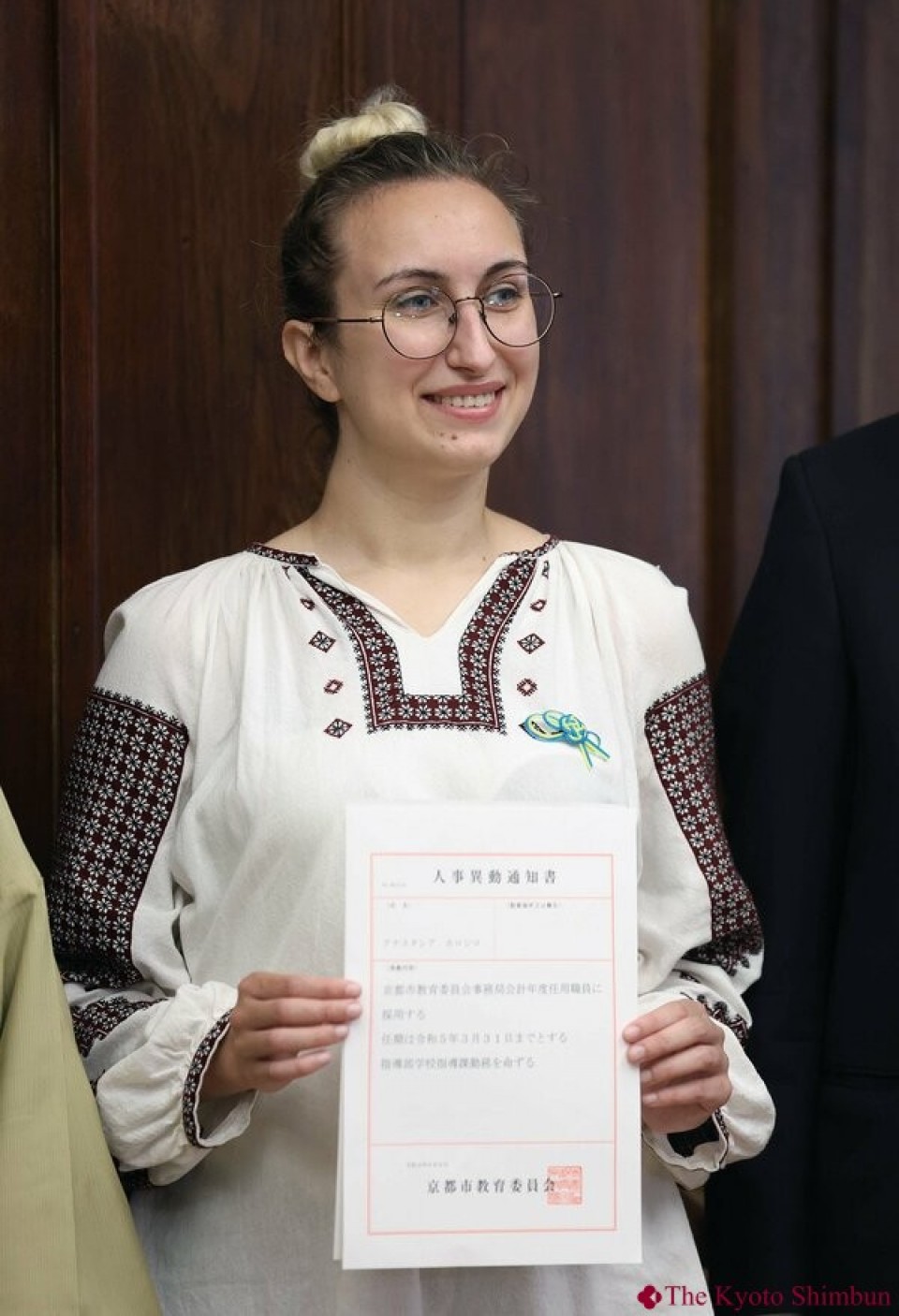 Anastasiia Horoshko shows her written appointment on June 6, 2022, at the Kyoto city hall.

She left Ukraine in early March due to mental strain caused by Russia's missile attacks, and arrived in Japan on April 16 via Poland and Germany. Her mother and other family members stayed behind to support their home country.

Her appointment in Kyoto came about because she wanted to work and has experience teaching English to high school and university students in Ukraine, according to city officials.

She told Kyoto Mayor Daisaku Kadokawa during a courtesy call after the ceremony that she was "thankful for all the help Ukrainian people have received from Japan" and "honored to be able to come here and be supported by Kyoto city."

Revealing that a friend in Lviv was killed in the missile attacks, she expressed worries about her family back home as well as her hopes for an early end to the war, the return of land occupied by Russia and reconstruction for the whole of the country. 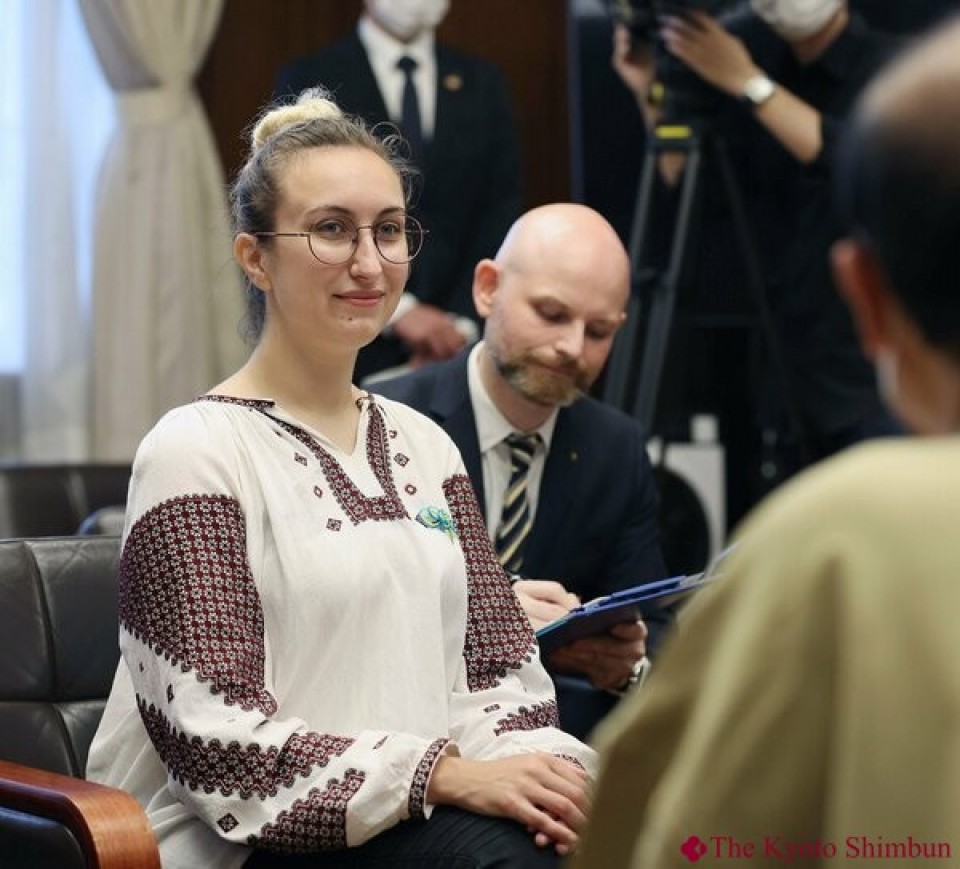 Ukrainian evacuee thanks Kyoto university for chance to study