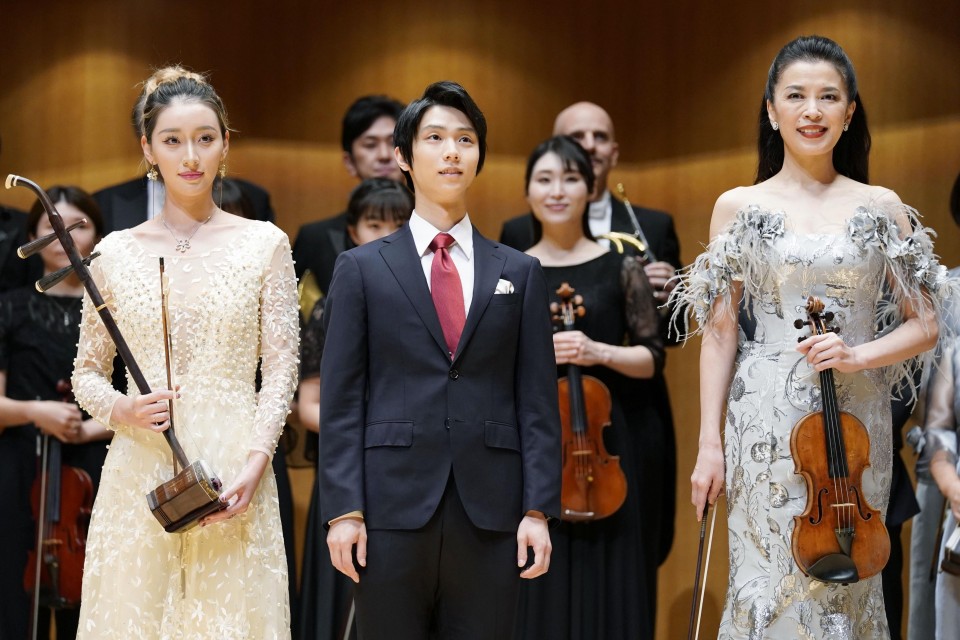 The yen-buying, dollar-selling operation, Japan's first since 1998, was carried out on Sept. 22, shortly after the Japanese currency plunged past the psychologically important 145 mark amid prospects that the monetary policies of Japan and the United States would further diverge.

Kishida also told reporters after the telephone conversation with Zelenskyy that Japan will continue supporting Ukraine in efforts to end the war, launched by Russia in February, as soon as possible.

TOKYO - A Japanese court on Friday upheld the denial of a long-term residency visa to an American man who married his same-sex Japanese partner in the United States.

The Tokyo District Court also rejected damages of 11 million yen ($76,000) sought by the U.S. national, Andrew High, and his Japanese partner, Kohei, who claimed the denial of the visa impinged on their freedom to live as a family. The Japanese man has requested his family name be withheld.

TOKYO - Japan's Cabinet approved Friday adding 89 items, including materials and equipment used in the production of chemical weapons, to the list of goods and technology banned from export to Russia in response to Moscow's continued offensive in Ukraine, the trade minister said.

Parts or equipment used to detect and analyze chemicals such as pumps and compressors and devices for producing bacterial agents including centrifuges are also part of the items banned from shipment to Russia, the Ministry of Economy, Trade and Industry said.

Hayashi acknowledged to reporters that there are "various opinions" about the invitation of Myanmar Ambassador to Japan Soe Han to the funeral held Tuesday. But he said the government had "decided to inform all nations with which Japan has diplomatic ties" of the holding of the ceremony "given the nature of the event."

BANGKOK - Thailand's Constitutional Court ruled Friday that Prime Minister Prayut Chan-o-cha can stay on in his job, after suspending him from the post in August amid a dispute over the duration of his tenure.

With the current Constitution stipulating that the premier can serve for a total of eight years, the opposition asked the court to rule on whether the former coup leader had already done so, including as interim prime minister of a junta government following the 2014 coup.

WASHINGTON - The United States and Pacific island nations agreed to strengthen their partnership at a summit meeting that ended Thursday, with Washington committing to $810 million in support for the region as it seeks to push back against China's growing clout.

The administration of U.S. President Joe Biden also unveiled its first-ever national strategy dedicated to the Pacific islands that warned China's "pressure and economic coercion" has the potential to undermine peace and security in the region.

SYDNEY - Australia will end mandatory five-day home isolation for people infected with COVID-19 in mid-October, the government said Friday, removing one of the last remaining virus restrictions as the country moves out of the "emergency response" phase of the pandemic.

Prime Minister Anthony Albanese said the Oct. 14 move is a proportionate response based upon changing health advice and changing circumstances.