Prime Minister Fumio Kishida and U.S. House of Representatives Speaker Nancy Pelosi agreed Friday to jointly work to ensure peace and stability in the Taiwan Strait, after her visit to the self-ruled island prompted an angered China to respond with military drills, spiking regional tensions.

A day after five Chinese ballistic missiles fell within Japan's exclusive economic zone, Kishida strongly criticized China's behavior in his meeting with Pelosi, saying it threatened Japan and seriously impacts the peace and stability of the region and beyond.

Kishida expressed hope that Pelosi will continue to exert leadership in strengthening the bilateral alliance and realizing a "free and open" Indo-Pacific, a vision pushed by both nations to uphold democracy and the rule of law. 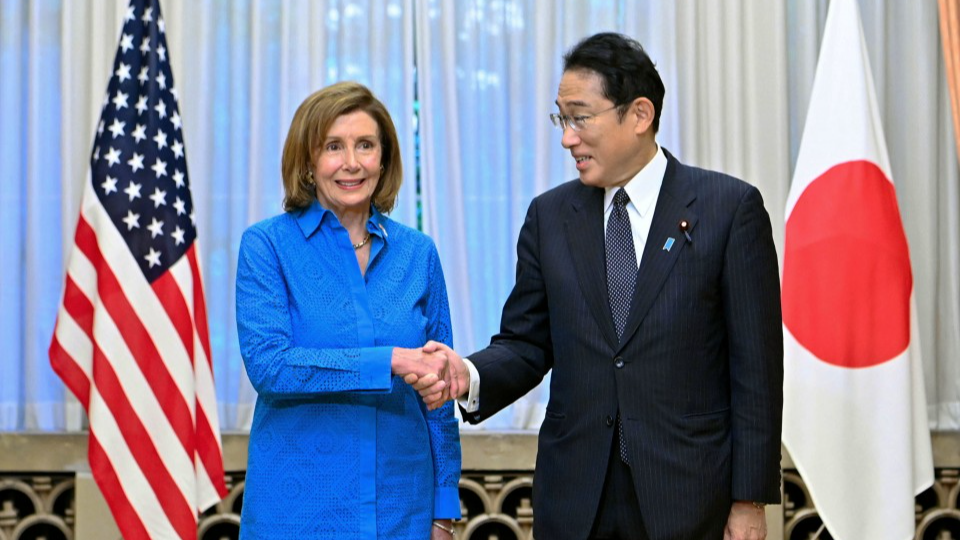 "We confirmed that we will work together to make sure peace and stability in the Taiwan Strait are maintained," Kishida told reporters at his office after meeting with Pelosi over breakfast.

"China's behavior has a serious impact on the peace and stability of the region and the world and I explained that we called for an immediate halt to the exercises," he said.

Pelosi is visiting Japan on the final leg of an Asian tour that has taken her to Singapore, Malaysia, Taiwan and South Korea. Hours before her plane touched down in Japan, China fired at least nine ballistic missiles, of which five landed within the EEZ.

China has been carrying out military exercises in locations encircling Taiwan, in response to Pelosi's high-profile visit, the first by a U.S. House speaker in a quarter century. Beijing views the self-governing democracy as a renegade province to be reunified with the mainland, by force if necessary.

"The Chinese made their strikes, probably using our visit as an excuse," Pelosi said about the drills in a press conference with other members of a congressional delegation. "Our representation here is not about changing the status quo here in Asia."

She added that China has tried to isolate Taiwan, most recently keeping them out of the World Health Organization, but warned, "they will not isolate Taiwan by preventing us to travel there."

Asked what Kishida said about the Taiwan visit, Pelosi declined to disclose details.

"We listened with respect to what he had to say, we shared our views, and I don't want the Taiwan visit to deflect attention from what really our purpose was," Pelosi said, calling the meeting "a very positive" one.

The rise of an assertive China is a shared concern for Japan and the United States, and the longtime allies' push for a "free and open" Indo-Pacific with other like-minded partners reflects such worries.

Despite diplomatic friction, China is an important partner for Japan, which also has close economic ties with Taiwan. The Japanese government has refrained from taking an official stance on Pelosi's visit to Taiwan.

In talks with Taiwanese President Tsai Ing-wen on Wednesday, Pelosi underscored the U.S. determination to preserve the island's democracy.

Kishida and Pelosi also discussed other common challenges for the two nations, including nuclear-armed North Korea and Russia following its invasion of Ukraine, as well as efforts to achieve a world free of nuclear weapons, a goal set by the Japanese prime minister.

Besides Kishida, Pelosi also met House of Representatives Speaker Hiroyuki Hosoda on Friday as she wrapped up her first visit to Japan in seven years.

She had planned to visit Japan in April but contracted COVID-19. 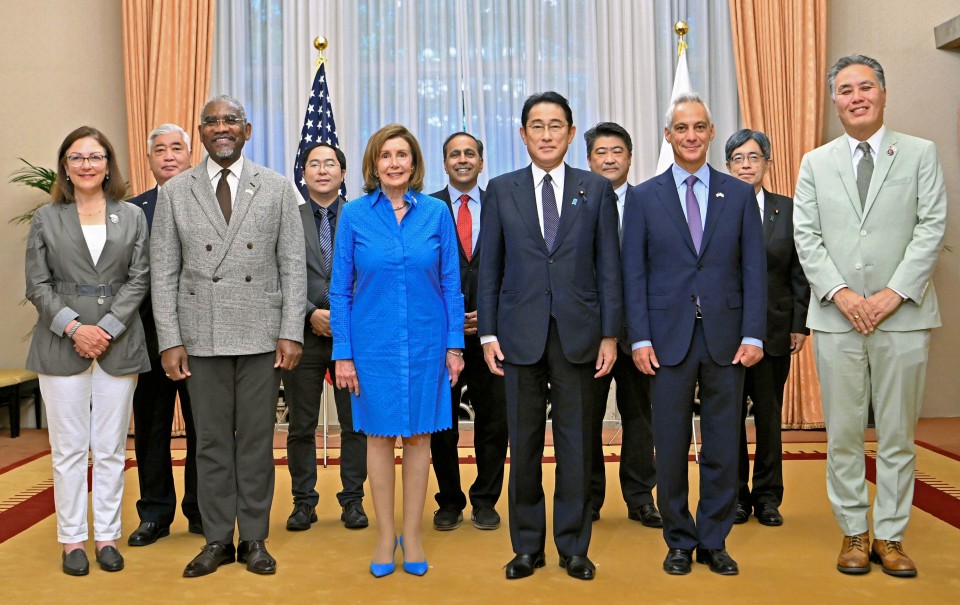