14 from Japan opposition party had dealings with Unification Church

Seven members of the Constitutional Democratic Party of Japan, including a former leader, have been confirmed to have had dealings with organizations linked to the Unification Church, bringing the total of the country's largest opposition party to 14, it said Tuesday after an internal survey.

Politicians' connections to the church, formally known as the Family Federation for World Peace and Unification, have become a source of controversy since former Prime Minister Shinzo Abe was killed on July 8 over alleged links to the religious group by a gunman with a grudge against it.

According to the survey, Yukio Edano, who led the party from its 2017 founding until its defeat in the 2021 general election and was the government's top spokesperson during the 2011 Fukushima nuclear disaster, was featured in a 2006 article of a roundtable discussion in the church-affiliated Sekai Nippo newspaper. 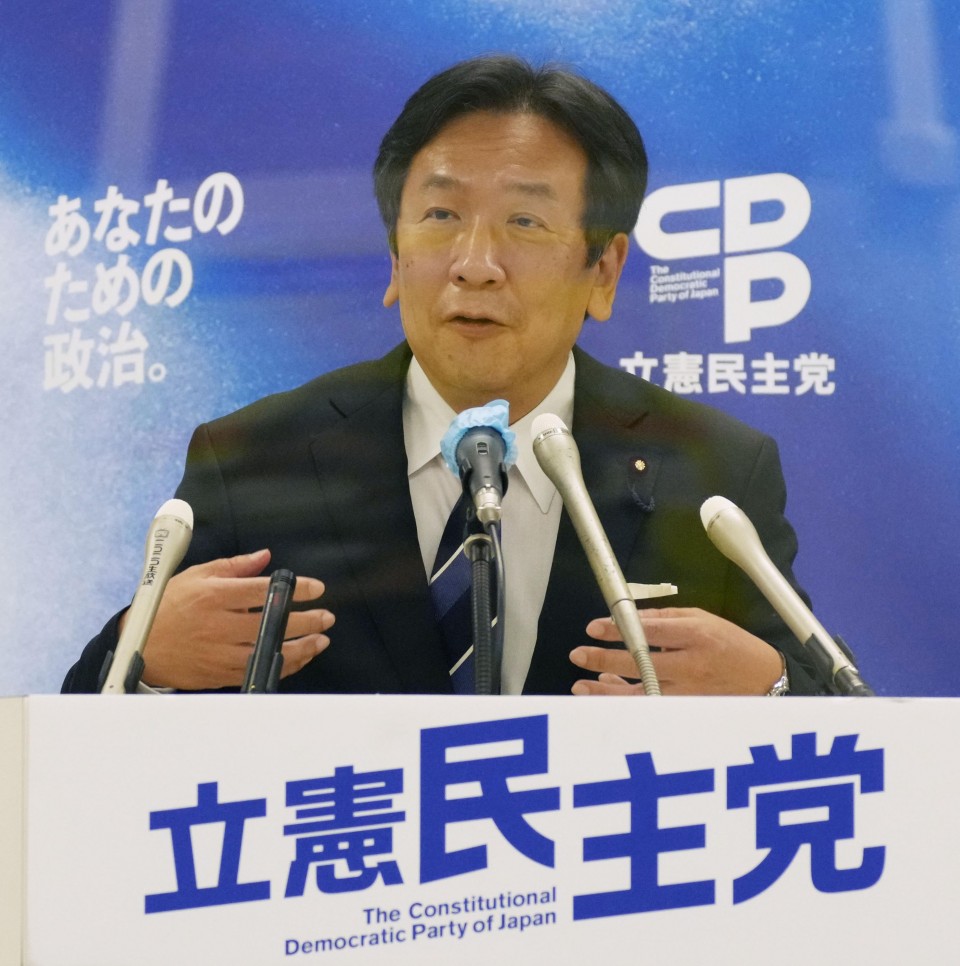 Yukio Edano, then head of the Constitutional Democratic Party of Japan, attends a press conference in Tokyo on Nov. 12, 2021. (Kyodo)

Additionally, the survey revealed that House of Representatives lawmakers Jun Azumi and Akio Fukuda were both interviewed by the newspaper in 2010 and an organization connected to the church had paid a 10,000 yen ($72) fee for a party held by lower house lawmaker Kaname Tajima.

Regarding the new connections that have come to light, Chinami Nishimura, secretary general for the CDPJ, apologized at a Tuesday press conference and added that it "goes without saying that we should reflect" on the findings.

But she also cited the ruling Liberal Democratic Party's rejection of its Aug. 3 petition to establish a body for discussing issues around the Unification Church to say it should "openly investigate the issue instead of leaving it to individual lawmakers' discretion."

The LDP has grappled with revelations that numerous members have had connections with the church and its affiliates.

The church, founded by a staunch anti-communist and known for its mass weddings, has drawn scrutiny over "spiritual sales" in which people are talked into buying jars and other items for exorbitant prices by coercion.