The National Police Agency will revise its general rules for VIP protection for the first time in around 30 years, after flaws in protecting former Prime Minister Shinzo Abe last month led to his fatal shooting, police sources said Friday.

The agency is also considering expanding training for security personnel and increasing the number of officers assigned to protect dignitaries, with the revisions to be finalized and announced as early as next week, the sources said. 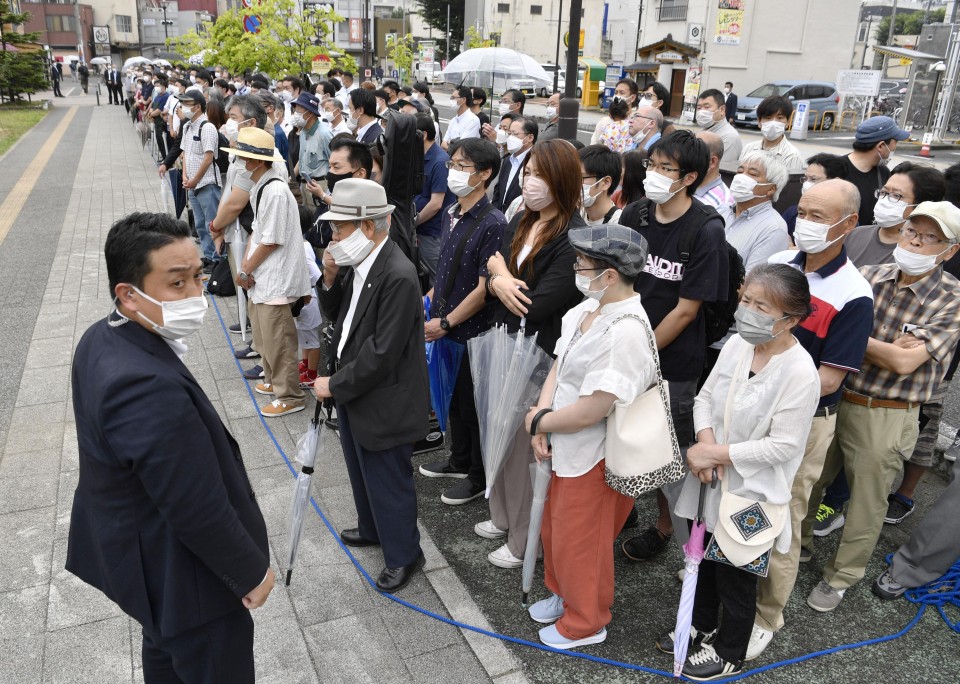 General rules for security personnel stipulate that prefectural police forces must prepare protection plans for VIPs, but there is currently no obligation to report the plans to the agency in the case of former prime ministers.

The agency intends to revise this rule to strengthen its involvement during the drafting of security plans.

The set of rules, enacted in 1965, were last revised in 1994 to enable security personnel to perform their duties in locations outside their jurisdiction when dignitaries travel between prefectures.

Each of Japan's 47 prefectures, including Tokyo, operates its own police force. The National Police Agency supervises operations of the local police.

Abe was shot dead by a lone gunman during a stump speech in the western city of Nara on July 8 ahead of a national parliamentary election. One officer dispatched from the Tokyo metropolitan police force and several local police officers were in his immediate vicinity, but none was able to stop the assailant before he fired two shots at the former prime minister from behind.

While the agency had been notified by the Metropolitan Police Department about Abe's speech in Nara, it was not aware of detailed arrangements such as the placement of officers. 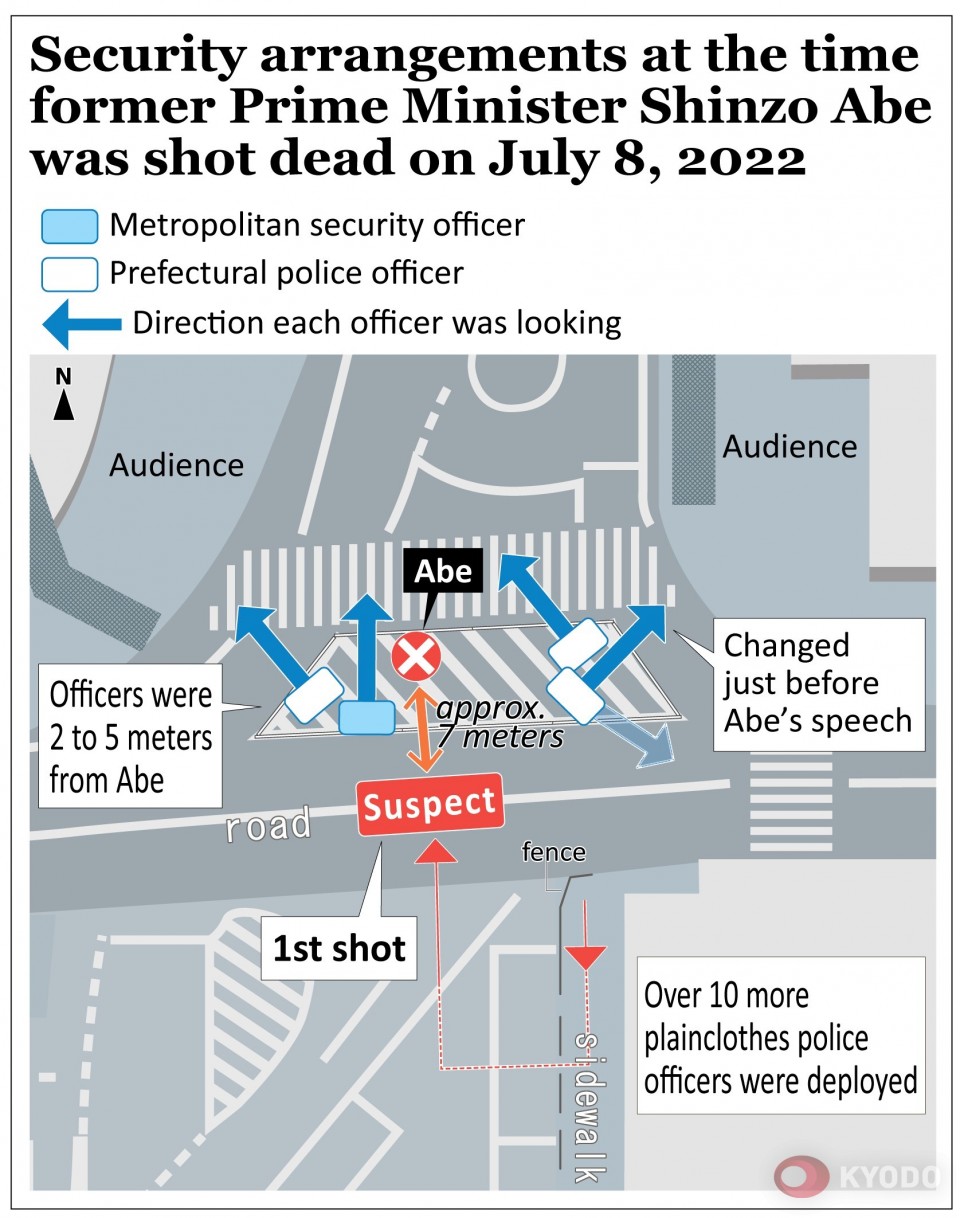 The agency has been leaning toward the view that insufficient consideration went into the plan when the Nara prefectural police drew it up.

The agency has so far learned from its review of the incident that police officers neglected to keep watch on the area behind Abe, creating an opportunity for the shooter to approach from there without drawing attention.

Abe was standing in a small area surrounded by guardrails. Just before Abe was about to commence his speech, one of the prefectural police officers, who had been standing outside the guardrail and watching Abe's back, moved inside and turned to face the audience without notifying the other officers or the team leader, who was not in the enclosed area.

In reviewing the rules, the agency plans to expand the scope and level of training of local police officers, who have comparatively limited experience when it comes to protecting VIPs.

It is also considering increasing the number of security personnel, currently set at 200 to 300, dispatched to protect political party leaders during stump speeches, as they are expected to move around to various locations during election campaigns.

The use of drones to get an aerial view of the site and bulletproof glass during speeches, in a fashion similar to the United States, are also being considered, according to the sources.

Isao Itabashi, a security and crisis management expert at the Council for Public Policy, stressed the need for coordination between security personnel dispatched from Tokyo and local police officers, as well as training for regional security personnel.

"The National Police Agency could create the framework, and the Metropolitan Police Department could take charge of executing it," he said.