The governments of Japan and China are arranging high-level security talks in China, sources close to the matter said Wednesday, with the two sides seeking to avoid further deterioration of ties following Beijing's major military exercises held near Taiwan earlier this month.

During the envisioned meeting between Japanese national security adviser Takeo Akiba and China's top diplomat Yang Jiechi, Tokyo is likely to convey its concern over the drills Beijing conducted in protest of U.S. House of Representatives Speaker Nancy Pelosi's visit to Taiwan and underscore the importance of peace and stability across the Taiwan Strait. 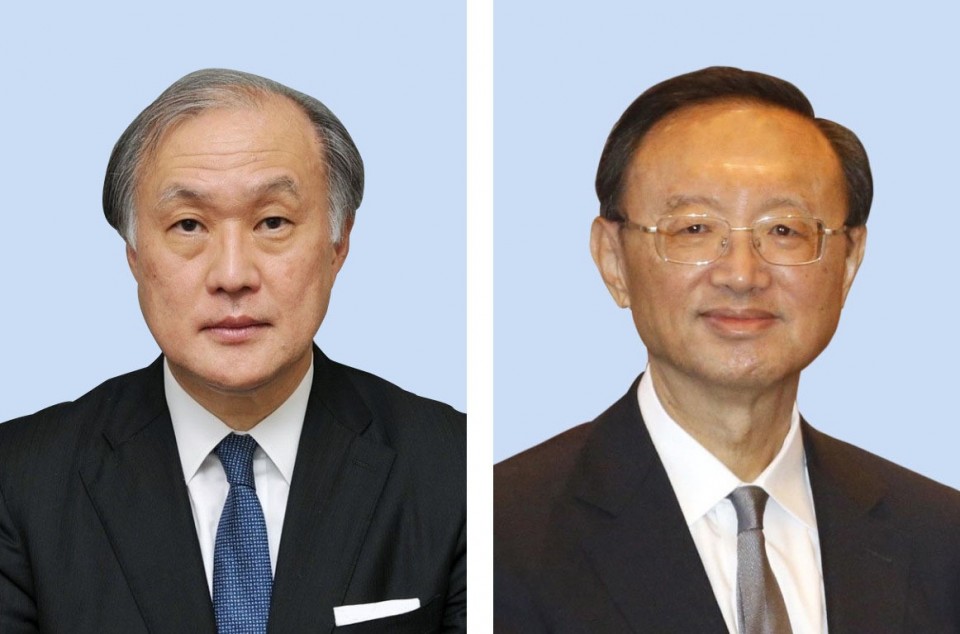 The move comes as Japan and China will mark the 50th anniversary of the normalization of diplomatic relations on Sept. 29.

China abruptly canceled a bilateral foreign ministers' meeting scheduled on Aug. 4 in Cambodia after Japan and other members of the Group of Seven nations criticized Beijing for increasing military pressure on Taiwan with the drills, during which ballistic missiles fell in the exclusive economic zone of Japan.

Akiba, also secretary general of the National Security Secretariat, will likely reiterate Japan's protest over the missiles while calling for efforts to ease tensions during his meeting with Yang, a member of the Communist Party's decision-making Politburo.

He is also expected to urge China to stop its coast guard ships' repeated intrusions into Japanese waters around the Tokyo-controlled, Beijing-claimed Senkaku Islands.

Japanese Prime Minister Fumio Kishida said on Aug. 10 that the door is "always open" for dialogue with China, stressing the need to have "constructive and stable" bilateral ties despite persisting difficulties.

In Beijing, Chinese Foreign Ministry spokesman Wang Wenbin emphasized at a press conference Wednesday that Taiwan is China's territory and no foreign country has the right to interfere.

He urged Tokyo to demonstrate that it attaches importance to ties with Beijing and "make constructive efforts to improve and develop bilateral relations."