At least 20 Japanese lawmakers appointed as deputies for Cabinet members confirmed Friday that they had links to a controversial religious group, after Prime Minister Fumio Kishida called for a self-check and review to appease a wary public.

The revelations add to evidence of what could be a deeply ingrained network of contact between ruling Liberal Democratic Party lawmakers and the Unification Church. Seven ministers in the revamped Cabinet have also acknowledged their ties of some sort to the group under the renewed spotlight since the assassination of former premier Shinzo Abe. 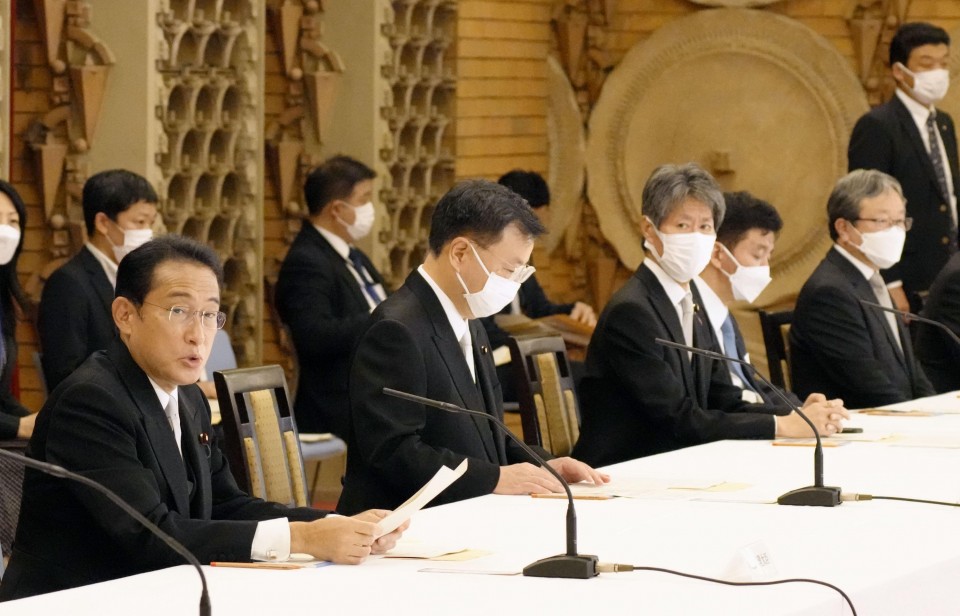 The religious group, known formally as the Family Federation for World Peace and Unification, was founded by a staunch anti-communist and is known for its mass weddings. It has drawn scrutiny over "spiritual sales," in which people are talked into buying jars and other items for exorbitant prices.

The nature of ties to the church varies among the 20 of 54 lawmakers appointed as senior vice ministers and parliamentary vice ministers on Friday. Some had participated in events linked to the group, sent congratulatory messages and sold fund-raising party tickets.

The discovery deepens the woes for Kishida, who reshuffled his Cabinet on Wednesday in an apparent bid to stop public support from tumbling further. The premier has said neither he nor the LDP, on an organizational level, had links to the church in question.

Opposition parties are ratcheting up their pressure on the prime minister. Kenta Izumi, leader of the main opposition Constitutional Democratic Party of Japan, has blasted Kishida's personnel choices as being designed to "cover up" the relationship between the LDP and the church.

The latest controversy began after the man who shot Abe during a campaign speech in early July told investigators that he held a grudge against the church, which he blamed for financially ruining his family after his mother made huge donations. He apparently took it out on the former prime minister he thought was linked to the group.

Taro Kono, a minister in charge of consumer affairs, said Friday that his agency plans to set up a committee to look into complaints from people falling victim to spiritual sales.

"Complaints come to us first," Kono told a press conference. "It's also important that we review the way we have handled those issues," he said, adding that recent years have seen more complaints about monetary donations to the church than about spiritual sales of products.

Kishida has said freedom of religion guaranteed in the Constitution should be respected, but it goes without saying that religious groups also need to abide by the law as members of society.

The office for Masaki Ogushi, one of the 20 lawmakers, said it sold 60,000 yen ($450) worth of fund-raising tickets in May to a group related to the church.

"Prime Minister Kishida has basically allowed politicians with links (to the church) to join his Cabinet. He says he has instructed them to review ties from now, but the issue is that such links have already existed," Ito said.

"He may have tried to deflect attention from the inconvenient issue by reshuffling the Cabinet. However, it seems to have inflicted more damage to him," Ito said.

The approval rating for Kishida's Cabinet hit a worst-ever 51.0 percent in late July. In a Kyodo News survey conducted Wednesday and Thursday, it recovered slightly to 54.1 percent.

Kishida replaced seven Cabinet members who had acknowledged links to the church in the latest reshuffle. They include former Defense Minister Nobuo Kishi, the younger brother of Abe, who received help from the group in past elections.

Followers of the Unification Church have been convicted in Japan in connection with money illegally obtained from people through the use of threats, including the citing of "ancestral karma."

Tetsuya Yamagami, the shooter, was quoted by investigative sources as saying that former Prime Minister Nobusuke Kishi "invited the church (to Japan from South Korea). So I killed (his grandson) Abe."

Kishi backed an anti-communist political group linked to the Unification Church, which was established in Japan in 1968.

The National Network of Lawyers Against Spiritual Sales (Japan) was set up in 1987 to help victims of spiritual sales. According to the lawyers, such sales typically involve members of the Unification Church randomly approaching people on the street and offering free fortune-telling without identifying themselves as such. They later urge their targets to purchase expensive items, often seals, to "shake off bad karma" created by their ancestors.

5 members of Kishida's new Cabinet had links with Unification Church