Nearly 85 percent of respondents said politicians must cut ties with the controversial Unification Church and any affiliated group, a Kyodo News survey showed Thursday, as the fallout from the killing of former Japanese Prime Minister Shinzo Abe over his alleged links to the organization continues to reverberate.

The survey found the approval rating for Prime Minister Fumio Kishida's new Cabinet rose only slightly to 54.1 percent, following a reshuffling on Wednesday aimed at reviving sagging public support amid intense scrutiny over his ruling party's links with the church. 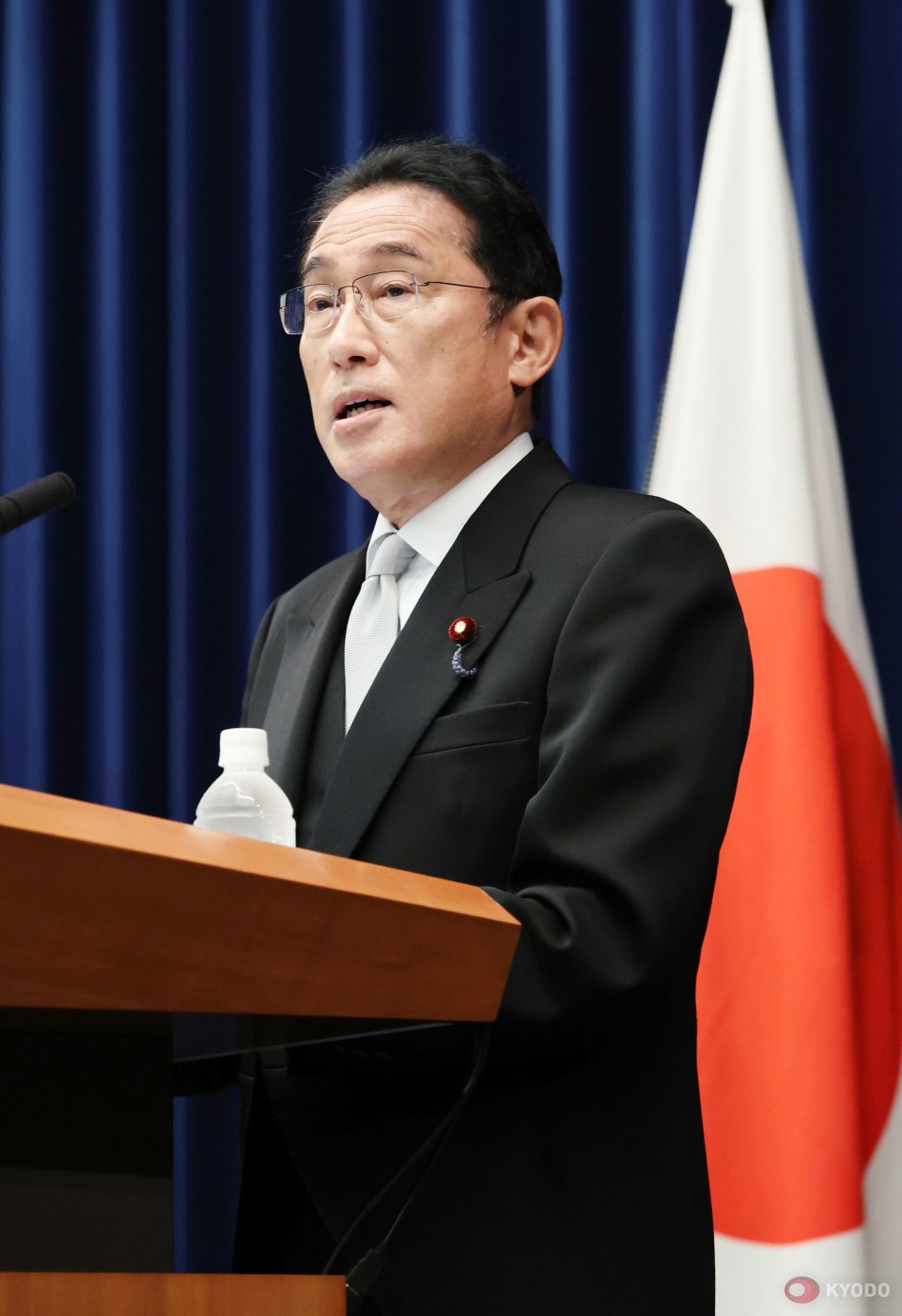 The support rate in the two-day nationwide telephone survey from Wednesday came after the figure dropped to a worst-ever 51.0 percent in the previous poll conducted on July 30 and 31.

Kishida, whose administration was launched in October, has said he has asked all ministers to "check and strictly review any links to the group in question to avoid public doubts" and that he had appointed "only those who have agreed to do so."

While 84.7 percent called for the severing of ties with the church, founded in 1954 in South Korea and with a controversial reputation in Japan, 12.8 percent said it was not necessary to do so.

The survey additionally showed 89.5 percent wanted the ruling Liberal Democratic Party and its lawmakers to more sufficiently explain their links with the church, with only 6.9 percent satisfied with the current explanations.

Despite the reshuffle, at least five ministers in the new Cabinet have acknowledged their past links with the church including taking in events or paying membership fees.

Asked to evaluate the latest changes in the Cabinet and the LDP executive lineup, 44.0 percent gave a good assessment, while 41.6 percent said otherwise.

Public opinion has been divided on holding the government announced state funeral for Abe who was fatally shot during a July 8 campaign stump speech.

The church, now formally known as the Family Federation for World Peace and Unification, has drawn attention over problematic practices such as so-called spiritual sales, in which people are talked into buying jars and other items for exorbitant prices.

Followers of the church have been arrested in Japan and received court orders in connection with money illegally obtained from people through the use of threats, including the citing of "ancestral karma".

The church has come under renewed spotlight following Abe's killing after his assailant, Tetsuya Yamagami, cited a grudge against the group, having told investigators his mother's large donations had financially ruined their family.