A nongovernmental group affiliated with the Unification Church on Friday commemorated the late former Japanese Prime Minister Shinzo Abe during an international conference, at which a video message from former U.S. President Donald Trump was also played.

At the event organized by the Universal Peace Federation in Seoul, a picture of Abe was shown on a screen with his quote, "Peace is not given by someone. It should be won." Participants laid flowers to show their respect to the former Japanese premier. 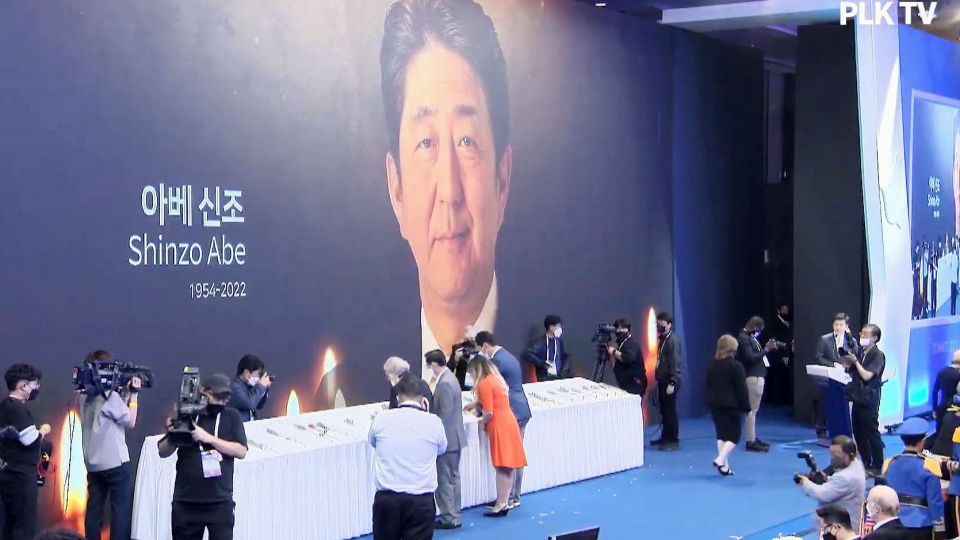 Trump said in his message that Abe was a good friend of his and a great person. He also showed his gratitude to Hak Ja Han Moon, widow of the Unification Church founder, Sun Myung Moon. The couple founded the UPF in New York in 2005.

"The world was at peace during my presidency," Trump added.

Abe was fatally shot during a street speech in Japan's western city of Nara last month. The assailant told investigators that he believed the former prime minister had links with the Unification Church, with whom he harbored a grudge.

Abe had sent a video message to an event held by the UPF last September.

The Unification Church, now formally known as the Family Federation for World Peace and Unification, was founded in South Korea in 1954 by Moon, who died in 2012. The group is now led by Han Moon.